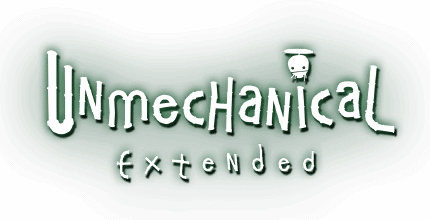 You are a robot-helicopter flying with your robot-helicopter buddies, when all of a sudden, you’re sucked down a sewer-pipe (don’t you hate when that happens?).  Now, you must find your way back out to freedom. Unmechanical: Extended brings the popular PC/iOS 2.5D puzzler to the console, with more levels and story. If you are willing to tear yourself away from Destiny for a few hours, you will find Unmechanical to be a rewarding little experience; before you know it, this game sucks you in (sorry) with its addictive gameplay. It may begin simply, but as it progresses, it shows itself to be a challenging and engaging puzzler. And while I wasn’t as enamored with its quirky aesthetic as some might be, overall I had a great time playing it.

Unmechanical brings with it an avant-garde art style that, 3 years ago, was called things like “stunning” and “visionary,” but today, with so many titles having since jumped on the bandwagon (Facepalm’s The Swapper comes to mind as a recent example), it is probably a motif that is one or two more games away from becoming cliché. While many might dig the aesthetic of this game, as a newcomer to the title I will risk committing blasphemy here and say I did not. Don’t get me wrong – I appreciate the love that was clearly put into rendering the surfaces and environments of the game (especially when given the full next-gen treatment). The Claymation-like, photo-realism of the cogs, springs and other hardware-thingees was so complete, I swear I could smell WD-40 while playing. But “beautiful” it was not – I found this world to be a sombre, poorly-lit, cramped place that I didn’t want to be in any longer than I had to. Of course, I realize this is the point of the game, since you are trying to escape to freedom after all. But visually, I felt that Unmechanical was just a tad too melancholy, especially as my time investment wore on. This was even true of the game’s robot hero, who wore a sullen little face through our entire journey. Other characters, such as the spidery-things seen crawling in the corners, were more the stuff of Tim Burton’s nightmares than anything else. So no, I don’t predict any cute stuffed toy tie-ins in this game’s future. 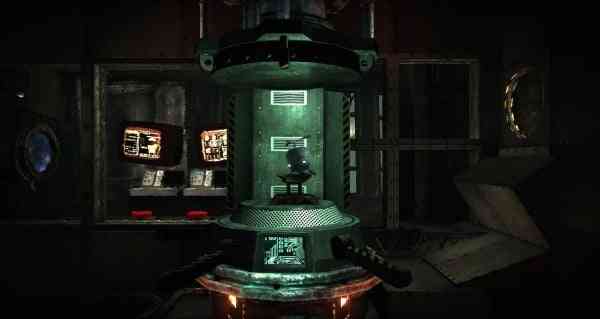 “Spidery-things seen crawling in the corners, were the stuff of Tim Burton’s nightmares… I don’t predict any cute stuffed toy tie-ins in this game’s future”

Despite my misgivings about the game’s look, however, I still had a lot of fun playing Unmechanical. The game’s rock-solid physics and puzzle design won me over. Powered by the Unreal engine, physics had no technical glitches, and I got to become quite expert at using objects and knowing how to predict their behavior. Trust me, this was crucial in solving many puzzles, in which weight or even density factored in to the solution. Puzzles also were well thought-out, and I grew to really trust the game, having complete confidence that, no matter how tough the puzzle was, the answer was always within my power to solve it. This, in turn, motivated me to spend a long time trying to solve one puzzle, and not give up, because I knew the answer was there, staring me in the face. If you do get stuck, the game does have a hint option (a thought-bubble borrowed from Machinarium), but frankly, the “hints” were way too easy and gave the answer to you straight-up. The one hint I used left me feeling dirty and ashamed, like that time I ordered “The Interview” on pay-per-view. Humiliated at my own weakness, I never resorted to the hints after that.

I played through Unmechanical in a little over 4 hours (I’m a slow thinker), and it felt much shorter than that. There aren’t really “levels” here, just checkpoints you glide through, so you can be playing for quite a while and not be aware of the time or how far you have progressed. Controls are nice and simple – fly and grab things with your handy tractor-beam. Along the way, strange and enigmatic backgrounds hint subtly at a slowly-unfolding story. This begins to take shape as you ask yourself questions like “why is there a giant heart beating in the background?”, “who is that other robot sweeping the floor above me?”, and “why did that hatch just close when I came in?” Gradually, you ascertain an idea as to what is happening to you, and who is behind it. I don’t want to spoil the game for you, but I will say that the ending of my game left me thinking about it well after I walked away, which is impressive in an otherwise-modest puzzler such as this. 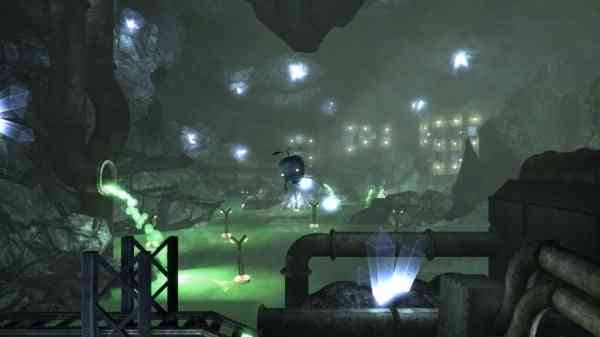 “The ‘hints’ were way too easy… the one hint I used left me feeling dirty and ashamed, like that time I ordered “The Interview” on pay-per-view.”

The Extended version adds what is essentially a sequel, in which you must rescue your robot-helicopter friend after he or she is – you guessed it – sucked down a sewer-pipe (they really should consider flying farther above the ground…). It offers no additions as far as abilities – it is just more puzzles to solve, and added another hour or so to my play-time.

I fear that a smaller, simpler game such as this might get overlooked in the blockbuster-world of console gaming. Being priced very reasonably for what you get, Unmechanical: Extended is definitely worth the investment. I had fun playing it, and hope for more to come. My only request for any future instalments that may be planned would be for somebody to please turn on the frickin’ lights…

***Reviewed on PS4 with code provided by the publisher***

Next The Order: 1886 Review – Too Short? Too Linear? So What? Ready at Dawn Delivers a PS4 Must Have
Previous Morningstar: Descent to Deadrock Review – An Offworld Survival Point n’ Click Adventure