It seems that the Xbox One is getting quite a selection of headphones for gamers to choose from.  From entry level headphones to the high end ones, there are a lot of choices for anyone who has Microsoft’s next-gen console.  Having recently reviewed Turtle Beach’s Stealth 500x Surround Sound headset I was really wondering what I would find when reviewing their entry level Xbox One headset, the XO One Stereo Headset.  Going from full surround sound to stereo sound again was somewhat daunting as I have become quite accustomed to the enveloping crashes, thuds, booms, gunfire, and whatever else I can throw at the Stealth 500x.  Well, after spending some extended time with the XO Ones I am happy to say that for the price this headset it performs very well.

As is the way with Turtle Beach, everything you need is in the box.  You’ll find the headphones, the XO Headset Audio Controller, the cable that goes from the headphones to the controller, a detachable microphone, as well as a USB to mini-USB cable for those who have not updated their controllers in preparation of using a set of headphones with the Xbox One.  The headphones themselves are quite small, and much smaller than the Stealth 500x I reviewed a while ago.  What was really surprising was the fact that even though they are somewhat small, the earcups go fully over the ear and they contain 50mm drivers.  The XO Ones are coloured flat black with some piano black accents and green mesh over the speakers inside the cups.  The earcups have ample foam cushioning and there is padding along the top to cushion your head for extended gaming sessions.  What was somewhat noticeable was that they did feel a bit flimsy, but this is to be expected as they are not meant to break the bank.  Overall they are pretty sharp looking and fairly good quality for an entry level headphone. 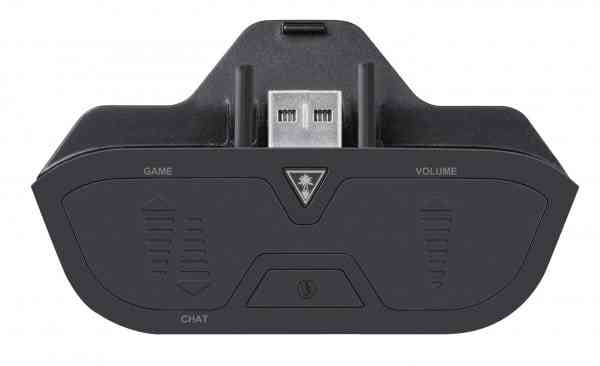 Turtle Beach includes their own audio adapter that plugs into the Xbox One controller.  It has a couple of features that are different from the standard adapter that is included with most other headsets.  Along with the standard game and chat volume, as well as a mute button, you’ll find two additional features that aren’t found on most other headsets, voice monitoring and bass boost.  Voice monitoring is more important than people give it credit as it allows you to hear your own voice so you don’t have to raise your own voice volume as you speak to hear what you are saying while wearing headphones.  You have different levels of monitoring and it is a feature that a lot of other entry level headsets don’t include.  The bass boost is a pretty good feature as well, but not necessary per se.  Regardless, to have some oomph in the bass depending on what game you are playing or what movie you may watch on Netflix or Blu-ray is a good option to have, and it works.

The most important thing with any headset is the sound quality, and the XO One’s are pretty darn good in this area.  Now you have to remember that these are stereo headphones, so with that in mind you are getting 2-channel sound.  That being said, good stereo can sound better then mediocre surround sound, and these are good sounding stereo headphones.  I found myself playing Destiny, Forza Horizon 2, a bit of COD: Advanced Warfare and some Powerstar Golf.  Each game managed to sound solid.  From the sound of futuristic weapons in Advanced Warfare, the roar of a Supercar as I sped down many European roads or the splash of car tires on a rain slicked road in Forza Horizon 2, the smack of a golf ball off the tee in Powerstar Golf to the engrossing soundtrack of Destiny, whatever I was playing sounded impressive.  The ability for these headphones to handle whatever game I threw at them was fairly notable.  People on the other end could hear my voice loud and clear, and the option to remove the microphone from the headset and take them on the road, or play without mic extruding into one’s face, is something that a lot of gamers will appreciate.  There was a little more hiss when nothing was being played on the Xbox One as opposed to when I reviewed the Stealth 500x, but no more than other stereo headphones I have used that have been connected to the Xbox One controller. 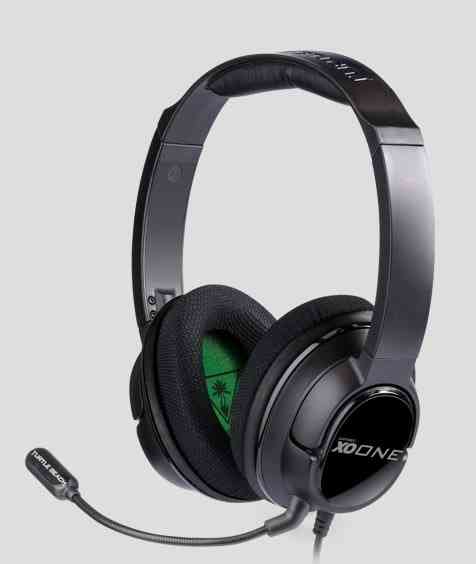 Sound generally stays in the headset as the over the ear design keeps sound in and can keep most sound out.  You’ll find a sense of directionality when you use these headphones, just don’t expect the pinpoint accuracy of surround sound.  You’ll hear gunfire on one side but it’s tough to discern whether it is in front or in back of you.  That being said, to know the general direction of your foe is better than just hearing it in both earcups.  It’s the same with driving games as you can hear which side your oppenent’s car is coming up from so you can plan your next corner accordingly.  Having 50mm drivers allows for the XO Ones to handle a lot of different sound frequencies, including some pretty heavy bass.  Explosions, especially with the bass boost on, can really rock your ears and add to the gaming or action movie experience.  It was a really smart design choice to put in the bigger drivers as you can rest assured they can handle a lot of different types of sounds at varying volumes.

Turtle Beach has a history of making headphones that sound good, and this carries over to the XO One Stereo Headset.  They look good, but most importantly they sound good.  If you are looking for an entry level set of headphones with the added features you wouldn’t expect at this price, including voice monitoring and bass boost, you definitely cannot go wrong with these headphones, as they are a great bang for the buck.