I’m picky when it comes to Xbox controllers. It’s gotta feel just right but I’ll be upfront with you, my Xbox Elite controller has ruined all other controllers for me. When it comes to performance, responsiveness, and comfort the Elite reigns supreme. That said, not everyone has a couple of hundred bucks to drop on a controller. Just like they have with their headsets over the past few years, Turtle Beach arrives on the scene with a budget-priced controller called the React-R. Surprisingly enough, it’s actually quite good.

Granted this wired controller for Xbox Series X/S, Xbox One and Windows PC doesn’t hold a candle to my Xbox Elite controller; however, for the buck, it’s awesome. Turtle Beach’s React-R controller has an amazing price of $39.99 USD (at the time of writing on Amazon). This super light-weight controller is much better than I expected and a fantastic option for parents and gamers on a budget.

It’s certainly a ‘no frills’ controller out of the box. You get the controller with the attached 8.2ft (2.5m) USB cable, and a quick start manual. That is it. You won’t find a case, detachable grips, or any kind of extras, but that is to be expected given it’s cheaper than a tank of gas. The controller ships in either that classic black Xbox color or a white and purple color design. We reviewed the black model.

Plenty of Bang For Your Buck

The controller itself feels great. Setting up is a breeze as my Xbox instantly recognized it after I plugged it in. Compared to my Elite controller, the React-R is incredibly light. It takes some getting used to, but it feels great in my hands as the plastic textured grips provide the perfect amount of grip. I do prefer rubber grips, but the plastic ones worked just fine.

The triggers, bumpers, underneath rear buttons and face buttons are all appropriately placed and are incredibly responsive. The surface looks nearly identical to a regular Xbox controller except the home button doesn’t light up, you’ve got the REACT-R logo splashed at the top and there are three small buttons along the top. One button is for muting your mic, there is one for SuperHuman Hearing (for compatible headsets) and a D-Pad shifter. It’s definitely a busy controller with all those buttons, but it’s got some impressive features considering the price.

Despite its weight, the React-R is sturdy and well built. It doesn’t feel cheap at all. I was also impressed it included the share button. This is something that could have been left out, but its inclusion is a plus so you don’t ever have to feel like you are missing out on features included in more expensive controllers. There is also a 3.5 mm stereo headset jack, for your headset. While you can plug any headset into the controller, going with a Turtle Beach headset will allow you to fully take advantage of that awesome SuperHuman Hearing feature. It’s a difference maker for online shooters.

Granted, it sucks it’s a wired controller. The cord itself isn’t braided either, so be careful around your pet rabbits. The cord is also far too short. 2.5m is simply not long enough. I would have preferred a 14-foot or longer cord as 2.5m barely makes it to my couch from the Xbox Series X.

So how does the controller perform? Outstanding! I loved how sensitive and responsive the thumbsticks were to my movements. The buttons feel great and respond exactly as they should. The triggers also felt natural and good to the press. It was truly effortless to use. The D-Pad is also smooth and precise. Overall, the controller excels in the performance department. 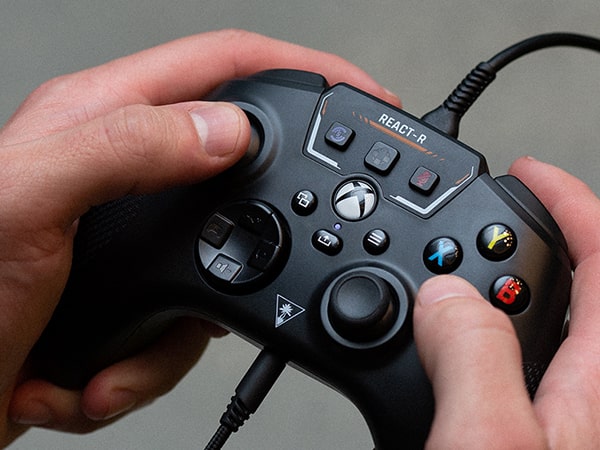 You could argue that the Turtle Beach React-R controller is the best controller for your buck. At $39.99usd, there is no question Turtle Beach will sell a ton of units and most everyone will be pleased. Sure, it’s wired and the wire itself is too short; however, if you can get past that, the React-R excels in the performance department and has features typically seen in more expensive controllers. It’s a comfortable lightweight controller with mappable buttons coming in at a fabulous price point. There’s just a lot to like here.

***Controller was provided by Turtle Beach*** 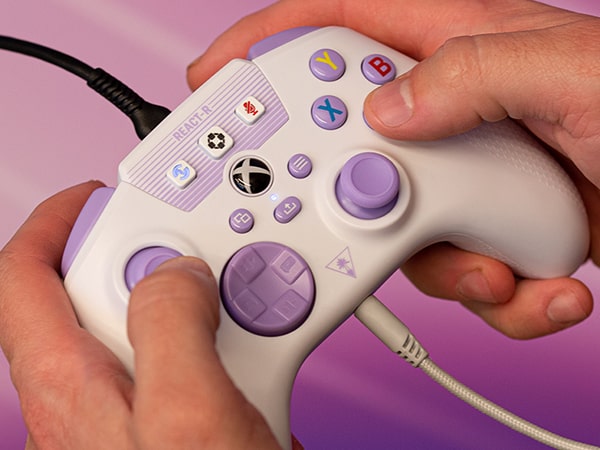