Nothing beats a good pair of headphones. When you’re in the thick of it, crawling on your virtual belly in jungle underbrush you want to know what’s going on around you. You want to hear every branch crack, every bush rustling in the wind and most importantly every hushed voice in the distance. A lot of headphones on the market can give you this experience but none so cleanly and attractively priced as the Turtle Beach Ear Force Stealth 700 Headset.

For anyone who’s made the jump from wired to wireless headsets over the past few years you likely know that ‘wireless’ isn’t always as advertised. Sure there are no wires between your controller and your head but often there was a jumble of wires added to the already mangled mess (you know it’s true) behind your console. Even my last pair of wireless Turtle Beach headphones, the Stealth 500s for Xbox One had a box with a USB and optical cable running into my console. With the Stealth 700s, you are truly wireless. I’ll admit that this had me a bit worried about dropped signals and glitching out but for the most part, I was fretting over nothing.

The Ear Force Stealth 700s connect to your Xbox One in the same manner as your controller. Using the same technology you are connected 100% wirelessly without any extra doodads. No dongles, no little boxes, nothing. I took advantage of using the headset with my OG Xbox One (Day One Edition, Y’all!) as well as my shiny new Xbox One X and I can say that the experience has been much smoother with the newer console. On my launch Xbox One, I was certainly getting the odd disconnection and crackle but with the Xbox One X, it has been absolute perfection. Not a single drop that I can recall so it’s obvious that the connection is much more stable. Add in the solid 10hr battery life and I was set for unitnerrupted sound for long sessions of play.

“Quality crafting, impeccable sound and easier to use than ever the Stealth 700s stand out as the leader in their field of competitors.”

Another comparison to wireless units of old, the Stealth 700s have far less complicated controls and buttons to deal with than previous offerings. Connecting via Bluetooth to your mobile phone you can simply use the Turtle Beach Audio Hub to adjust your settings. Mic monitoring, active noise cancellation, superhuman hearing, chat boost and your audio presets are all simply laid out in front of you. I explicitly remember having to keep an instruction booklet for my Stealth 500s so I could know how many beeps would equal which audio preset or activate surround sound. It was muddled and annoying but it was also all we knew. The one thing that I noticed is the lack of various presets this time around. It’s more streamlined with fewer options than before but in fairness, I always thought there were more offerings than were needed all along.

The microphone simply flips up and down to activate and in every situation I used it, it was pitch perfect. That mic monitoring can be adjusted to a level that’s comfortable for you and knowing you’re not screaming into your mic is always nice. I always worry that the smaller flip down mics won’t pick you up being so far from your mouth but the Stealth 700 mic is more than capable. 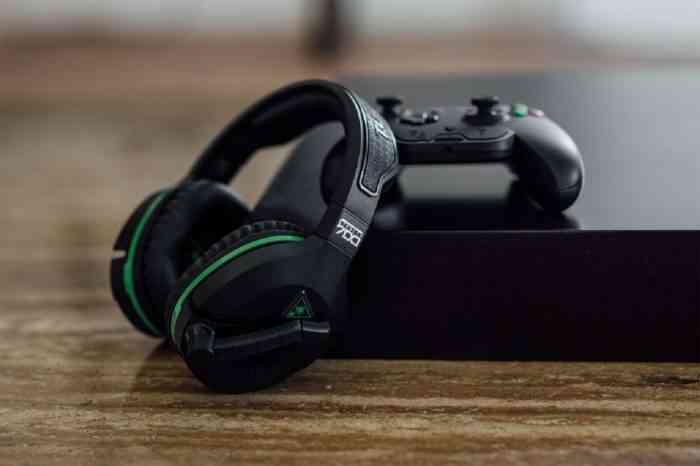 So here we are down to the two most important aspects of a solid set of headphones; the construction and fit, and the sound. Well, you get what you pay for and then some. The construction is mostly plastic, but don’t let that fool you as the Stealth 700 headphones feel sturdy in your hand, not flimsy like a few other headsets I’ve tested over the years. A foam padding underneath the headband alongside soft leather on the earcups help them to remain comfortable even over long gaming sessions. You know the feeling; sore ears from the pressure of the earcups, sore dome from a hard headband, the profusely disgusting warmth of sweaty ears. None of that seemed to be a problem for me with the Stealth 700s as they were comfy and breathable the whole time.

And here we are at the granddaddy of them all for a good headset… the sound. Crisp, clear and exactly what you’d hope for. To try and give the headphones a fair test I played everything from What Remains of Edith Finch to Wolfenstein 2 and threw in a ton of music as well. For every scenario, the Stealth 700s performed admirably. Active noise cancellation and superhuman hearing subtly upped those quiet sounds that you really NEED to hear if you want to be on top of your game. Windows Sonic Surround Sound is a great option to truly hear every pin drop. Another added bonus of the Stealth 700 headphones is they’re Dolby Atmos compatible. For sheer atmosphere and crystal clear highs, lows, whispers and screams it’s a worthy option to go with on the Xbox One X.

For what it’s worth, you are fully and completely getting a premium set of headphones with the Turtle Beach Ear Force Stealth 700 Headset at what I would dare say is less than a truly premium price. Currently priced at $120 USD you’re getting an insane amount of bang for your buck. Over the years I’ve come to expect quality from Turtle Beach and the Stealth 700s are no exception. Quality crafting, impeccable sound and easier to use than ever the Stealth 700s stand out as the leader in their field of competitors.

*** Headset provided by the manufacturer for review purposes *** 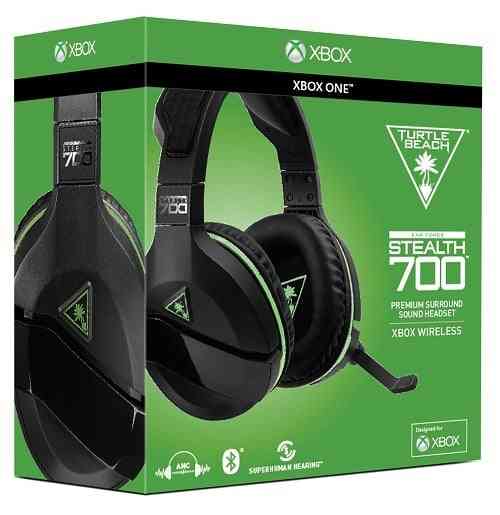