Turnip Boy Commits Tax Evasion visually appears to be a cute children’s game, but one look at the title and you already know this game is serious business. Running around as a turnip on an epic quest to murder animals and commit more crimes is the only acceptable way to pay back your debt, in my opinion. Not only are you being a huge annoyance to everyone around you, but you are also uncovering dark government conspiracies while being an absolute menace. It is a short and sweet adventure containing internet references and interesting interactions, and includes lots of action, odd requests, and vegetarians. With relatively simple puzzles and a plethora of adorable vegetable characters placed in an absurd environment, the entire experience is worth having if internet humour and dialogue containing “uwu’s” are your thing.

Set in a colourful 2D world, you, Turnip Boy, have committed tax evasion and are evicted from your property by Mayor Onion. To pay back the massive debt, you become his errand boy which involves retrieving items and fulfilling his requests. In a fairly linear fashion, you have to help other members of your town with their problems in order to unlock areas or receive objects that will help you on your journey. This includes delivering love messages, retrieving lost vegetable children from garbage cans, and ordering subs from a store for an online streamer. And somehow in all this, you end up not only committing murder and other heinous crimes, but learning about government corruption while setting off bombs with a watering can that you stole from your elderly neighbour. It is an excellent game.

The game isn’t meant to be taken seriously at all, and its epic storyline combined with snarky chibi vegetable NPCs is what makes it charming. Very often you will encounter characters that speak complete nonsense and offer no value to your adventure, except to remind you of memes that you haven’t heard in a while. Other times they will be very helpful and tell you some important information, so it is worthwhile to talk to everyone you see otherwise you will miss your chance at unlocking the next dungeon. Even though most of the time you won’t get any hints on where to go next, at least you will get a good chuckle out of the dialogue.

Of course the comedic aspects of the game are not for everyone, as some items and character encounters are catered to those of us who live and breathe obscure references from the internet. It’s not like people unfamiliar with these kinds of jokes won’t understand the game though, but those of us who do will highly appreciate the thought put into it. Even by watching the trailer you could tell what you’re getting into, and I can assure you the jokes are even better in the game than what is shown. But of course, this type of odd humour is only to be expected from a game about a turnip evading taxes and wreaking havoc across town. 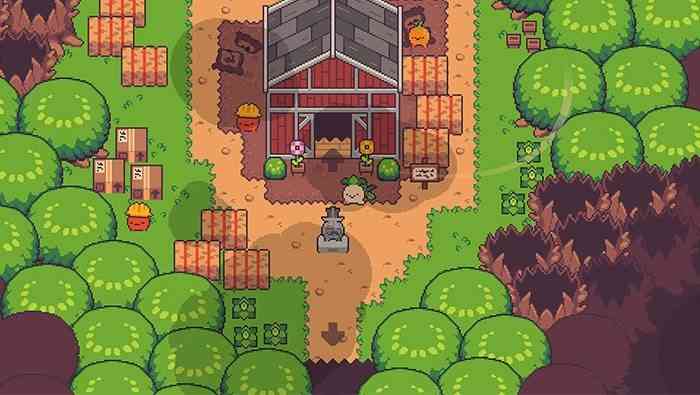 The puzzles in Turnip Boy are easy and don’t ask for much brain power. It’s mostly a nice, stress-free experience where we explore the world and pick up items that help us interact with objects found in dungeons and around the town. Some areas are blocked off until you have fulfilled a task, and others can be accessed through watering plants that turn into bombs, or growing square watermelons and using fancy gloves to push them into holes so you can walk across. All the weapons and equipment you need can be retrieved very easily, and nothing is close to impossible to figure out.

While the controls are simple and displayed on the screen telling you what each button does, it’s amazing how much I still struggled with getting the hang of it despite there being only a couple of options. Different enemies require different ways of defeating them, but our Turnip Boy can only hold one item at a time. Changing from a sword to a watering can is a troublesome task, and enemies respawning immediately after you leave and return to a room can make exploration a tad challenging. And don’t get me started on boss fights, one of them almost made me rage quit but then I got lucky and all was good. 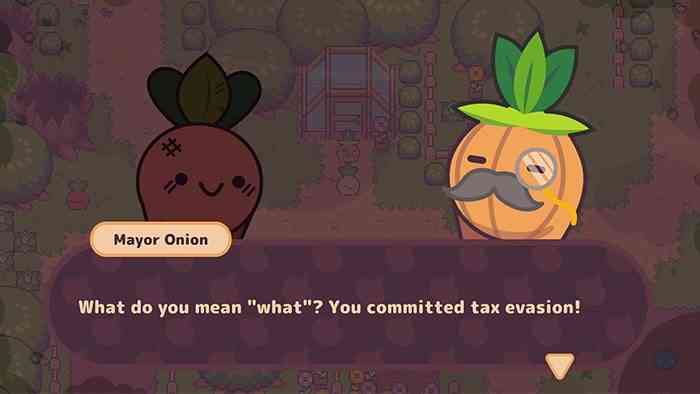 In terms of entertainment value, Turnip Boy’s got it. It’s a full-nonsense chaotic RPG (can we call it an RPG? I think so) with really cute characters that don’t add to the plot but plays a comedic role in all of the madness. I mean there’s a lesson to be learned here, but let’s be honest we’re not here to learn, we’re here to evade taxes. Sadly, the game is short and only takes a few hours to complete, but any longer than that might be cuteness and meme overload. Although it’s not the best action game anyone has ever played, it’s definitely up there in the games that I need to talk to someone about.

If you can call being a menace to society a harmless and casual endeavor, Turnip Boy Commits Tax Evasion will easily bring many smiles to your face. Truly a masterpiece that doesn’t require much thinking to enjoy, all you have to do is pick up your controller and avoid all adult responsibilities by playing as a turnip who is avoiding all adult responsibilities. With the game being released so close to the end of tax season, I would like to think Turnip Boy was intentionally released in April as a joke or perhaps a form of escapism. At the same time, it’s probably also a great reminder to all of us to file our taxes by the end of this month. 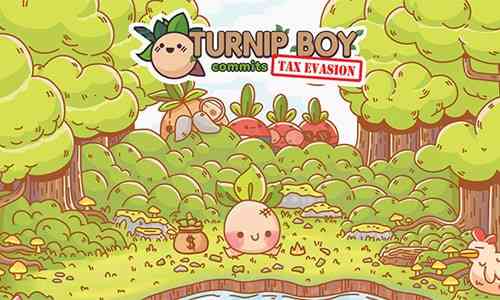