First released in 2016 on PC and Xbox One, and later to the PS4, The Turing Test from Bulkhead Interactive is hoping to gain an even wider audience on the Nintendo Switch. While it might be a few years old now, it stands the test of time thanks to a memorable and thought-provoking narrative and clever Portal-inspired puzzles. More importantly, this port is remarkably polished in both docked and handheld play. It doesn’t exactly scream originality but it’s definitely worth checking out if you own a Switch and are looking for a different kind of puzzle game.

The Turing Test puts you in the intergalactic shoes of Ava Turing, an engineer working for the International Space Agency (ISA) onboard a research station on one of Jupiter’s moons, Europa. It’s set in the future, and she’s awakened by T.O.M. (or Technical Operations Machine), an AI robot that oversees the project and crew. The crew has mysteriously gone missing and it’s up to you and T.O.M. to find out what happened. Doing so involves conquering 70 mind-boggling and head-scratching puzzle rooms called Sectors. They start out appallingly easy but gradually become more and more complex with new mechanics to keep things from going stale. The game really ramps up its difficulty in the final stages (don’t be shocked if you’re stumped for a good 30 minutes like me) but its hard to get upset when they’re so meticulously well-constructed. There isn’t much that matches the feeling of sheer triumph I had for solving these challenges. They are immensely satisfying.

The Turing Test can easily be compared to Valve’s Portal series. The opening sequences are quite similar, they both have chatty robot companions, and of course, the numerous puzzles involving boxes and manipulation of the environments with a futuristic weapon. It doesn’t reach the heights of Portal or its sequel, but that doesn’t make The Turing Test any less compelling to play. I loved entering each new Sector and finding the solution, all the while eating up the game’s philosophical questions relating to humans and machines, as well as the discussions surrounding the actual real-life Turing test. 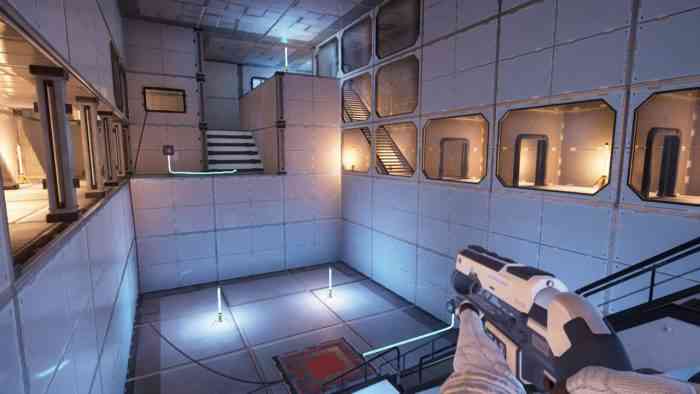 For the uninitiated, the real Turing Test was designed in 1950 by computer scientist Alan Turing. It involves a human having two text-based conversations, one with another human being, and another with a machine. The catch is that the human participant doesn’t know which conversation is with the human, and which is with the machine. In the end, if the participant is unable to tell which conversation was with the machine, then the machine is given a passing grade. Turing’s central purpose was to determine if machines are able to think, and that their lies the burning question positioned in the game as well.

Narrative wise, that’s sort of where the comparisons to Portal end. Portal doesn’t exactly ask big questions like that, instead opting for a more comedic and lighthearted feel, even if it is about a rogue robot bent on killing you. In The Turing Test, my brain was constantly spinning. Not just over trying to figure out how to solve a room but over the brain-twisting idea of whether I was in control or someone, or something, was pulling the strings. This is as much a puzzle game as it is a gripping psychological thriller. Without spoiling anything, The Turing Test tells a cool and satisfying sci-fi story that kept me thinking long after the credits have rolled.

Going from room to room can get somewhat repetitive but it’s obvious the devs spent a lot of time crafting each sector and level with care. At its core, each room typically involves powering up multiple energy circuits to open the exit door. Sometimes that’s as simple as carrying an energy box and moving it in the slot. But more often you’re either using your space gun to shoot energy balls into nodes from far distances or holding on to them to use later. That may not sound super exciting but, just like Portal, there’s a surprising amount of mileage and depth the developers are able to squeeze from this simple concept. 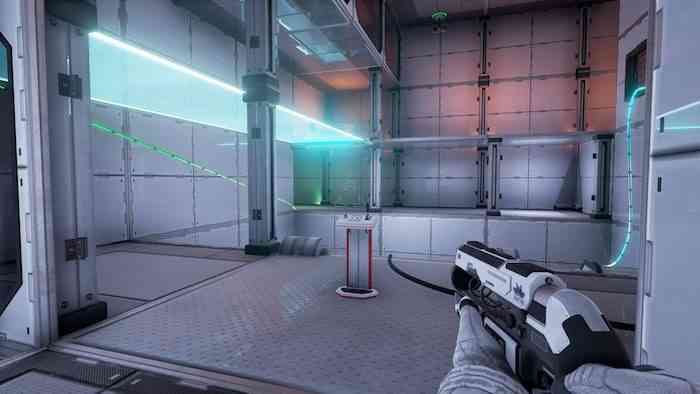 Occasionally you’ll run into a handful of “obstacles” that require you to use your noggin a bit more. There are platforms that disappear after their energy source is removed, levers that can control a giant magnet on rails, doors that won’t open unless the motion camera is blocked, etc. While these are great at keeping things varied, I can’t say that every sector feels totally necessary. There’s plenty of puzzles to chew on but I’d be lying if I said I didn’t grow tired of what I was doing more than once. However, just when I thought I saw everything The Turing Test had to offer, it surprises me with a late-game twist that shakes up everything before it. It kept me going to the very end, but I do believe the game could be tighter if it dropped a few levels in between.

Your reward for your progress is basically little bits of dialogue nuggets throughout the journey. I’m happy to report that the dialogue between Ava and T.O.M. is exceptional. I would stop and listen to their conversation every time they spoke and the plethora of audio logs and supplementary reading material scattered in the environments do wonders for world-building. The mystery of the missing crew is always dangling in the foreground and motivated me to keep trekking through to see its conclusion. 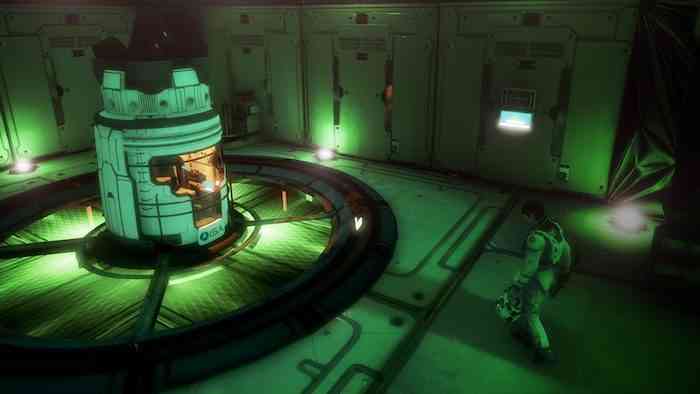 I can’t honestly say anything negative about The Turing Test. On a technical level, it’s very impressive on the Switch and I might even go as far as saying it’s the best looking Unreal Engine 4 game on the platform. It’s a smooth ride throughout with no major hiccups. I would have liked to see the developers add gyro controls for those moments that required more precise aiming, but that’s a personal preference.

The Turing Test, despite being four years old, still holds up and makes for a perfect Nintendo Switch puzzler. The Portal influences hang on its sleeve, but the darker story, compelling dialogue, and engaging puzzles kept me hooked till the very end. It might run a little long in the tooth around the midway mark but, thankfully, it rebounds in the last act with a memorable finish. As a port, it’s remarkably polished on both the big and little screen. In a nutshell, The Turing Test is totally worth your time and money. 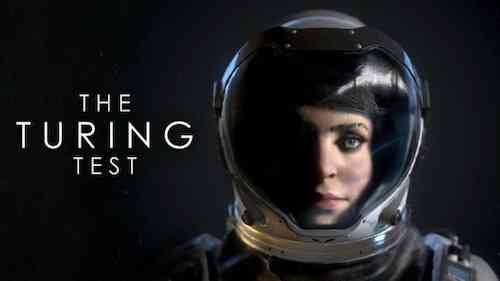