The Touhou Project is a series of Japanese bullet hell shooters that was developed by Team Shanghai Alice, first established in 1996. While most of the games that have been released have been Japan only, we have seen only a small portion of the franchise out here in the west. In 2016, Touhou: Scarlet Curiosity was released on the PS4 and it was the first time I finally got a taste for the series. Unfortunately, during the review, I found myself incredibly underwhelmed and while the gameplay was fun at first, I found that it became rather repetitive quickly. So with the re-release of this game on PC, and the promises of brand new difficulty modes, I delved in once more to see if there was any improvement.

To recap, Touhou: Scarlet Curiosity, follows Remilia Scarlet, AKA the Scarlet Devil. After 500 some years of life, Remillia finds herself beginning to bore of her recently quiet lifestyle. After finding a newspaper article mentioning a powerful creature that seems to be wreaking havoc, the vampire decides to chase down this creature in hopes for a thrill and a chance to shake things up a bit. After a brief encounter with a strange individual, Remilia returns to her castle to find it in shambles, now overrun with monsters. Angered by the situation, she vows to hunt down the beast that destroyed her home. Not to mention to cure her never-ending boredom.

As before, you can choose to play as either Remilia Scarlet or Sakuya Izayoi, the head made of the mansion. The story doesn’t really differ no matter who you play however the way the game plays is a bit different for the two. The main difference being combat preference, Remilia relies more on death blows and strong attacks, while Sakuya picks away at enemies with combos, range and lighter attacks, and what time of day you go exploring. While Remilia explores during the night due to being a vampire and Sakuya traveling during the day. 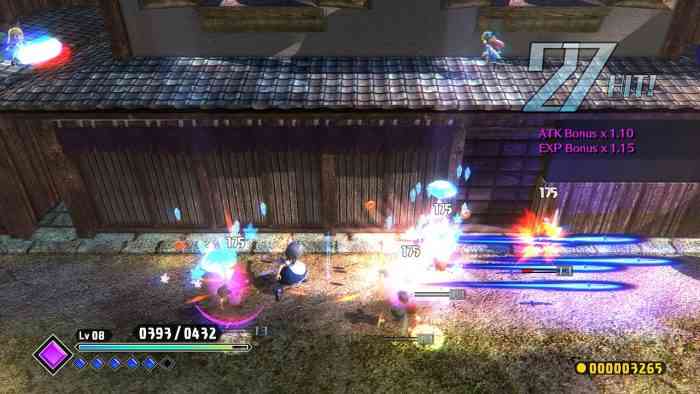 While bullet hell inspired action RPGs sounds like an amazing concept, the gameplay for Scarlet Curiosity is completely lackluster. Players will have access to a variety of skills and spells that can be utilized throughout the battle, however, nothing seems to compare to the basic combo string that can be used while spamming a single button. I breezed through most of the game not really losing too much health and found that one thing I always had plenty of was items on the map that can be found to replenish health, which kind of feels like I constantly had the upper hand. Unfortunately, this also rings true to boss battles which even further dulls the whole experience as it just felt too easy. Not to mention for a bullet hell style game, the use of having to be able to jump or glide (If playing Remilia) over bullets seemed almost like cheating.

The one thing I will have to say that has improved is the graphics. Comparing it to to the PS4 release, playing Scarlet Curiosity on max settings makes for a crisp and cleaner character and environment models. I actually quite liked the atmosphere of the terrain and scenes. Unfortunately, the graphics do seem a bit dated now. 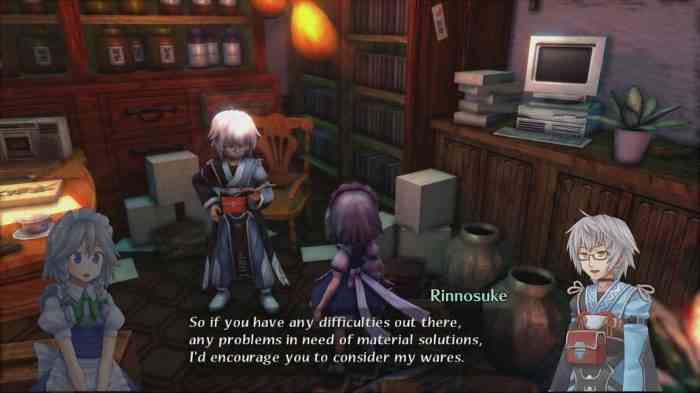 I was really hoping perhaps there would be an upgrade in gameplay mechanics, had they tweaked it a bit more so it would become more strategic at the very least. If you are already a fan of the Touhou series, this might certainly be the game for you. However, fans of the bullet hell genre may want to skip on this title and players wanting to get into this franchise may want to look elsewhere as this is not a good starting point for newcomers.
*** PC code provided by the publisher ***


Wildcat Gun Machine, Out of the Bag, Launching Today