The Ninja Turtles were a straight-up cultural juggernaut back in the day. They inspired action figures, comics, tv shows, movies, and games. Lots and lots of games. The Cowabunga Collection has 13 of them, which seems like a huge number. At least at first. It turns out a lot of these titles are alternate versions of each other. While there’s a lot of content to be explored, this collection might be more for hardcore fans than casual players.

This depends on your personal nostalgia levels. All my childhood memories are tied up in Turtles in Time. Thus, every version of this game resonates with me to some degree. Conversely, the side-scrolling NES and Game Boy games do less to capture my attention. Although I enjoyed poking around every title, the list of keepers was pretty short. This is an extremely personal bias, however. Other players may end up with a much longer list of favorites. 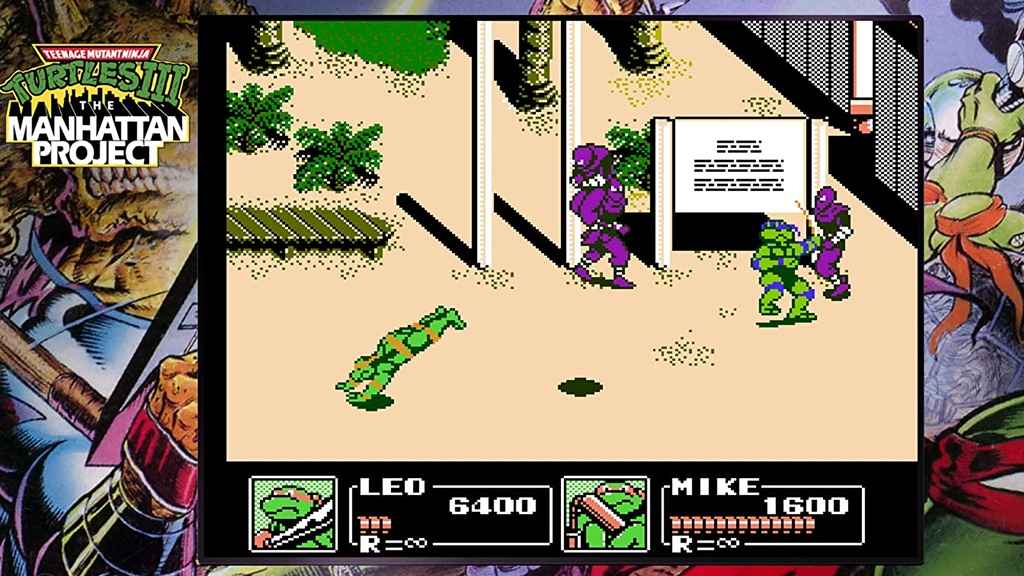 If you’re just looking to wander down memory lane, the Cowabunga Collection has you covered. You can peruse box art, magazine ads, instruction manuals, and style guides. There’s also stills from the tv shows, along with soundtracks for every game. Digital Eclipse has done a great job magnifying the nostalgic power of this franchise. If you spent any time with the Turtles as a kid, the Lair section will be an absolute delight. If nothing else, it’s fascinating seeing how many art styles are encompassed by the promotional materials.

In terms of replay value, the soundtrack collection might take the trophy. Other flaws aside, the TMNT games have some bouncy, beautiful earworms, the kind of tracks that live with you for years afterwards. I’ll go back to Turtles in Time once every couple of years, but this music is forever renting the basement suite of my brain. Between these tunes and the captivating visuals, the Cowabunga Collection is a real throwback feast for the senses.

You can re-map the button controls for every game, which is nice. The collection also features a rewind function. This has become standard fare for any retro game re-release, but it’s still much appreciated. The old NES and Game Boy games are deeply unfair. I’ll take every advantage I can, honestly. Especially since so many of these games don’t feature a traditional ‘lives’ system. Instead, you just keep playing until you run out of Ninja Turtles. There are only four of them! It’s not a great system! 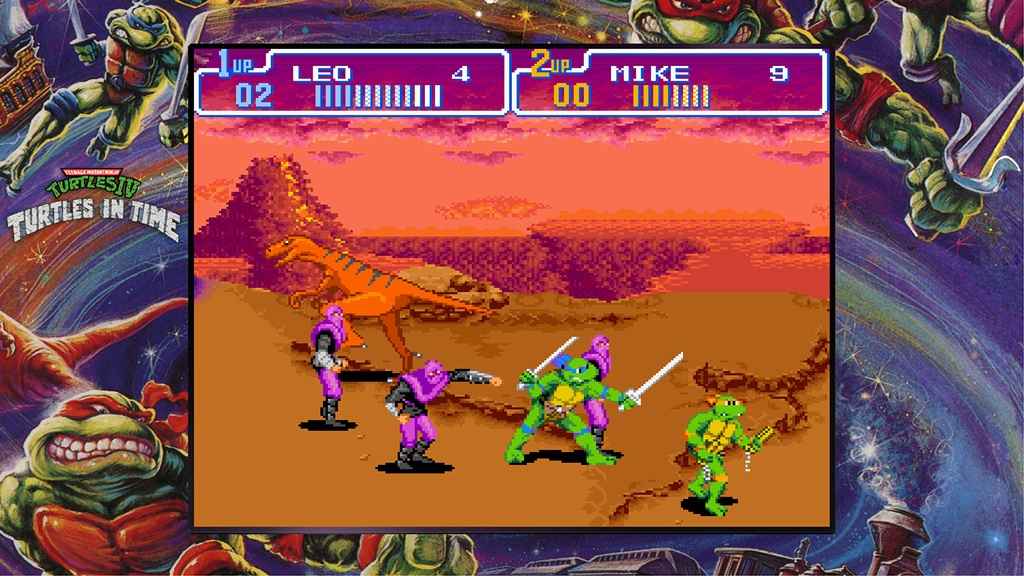 Rather than breaking down every individual game, let’s start with my favorite: Teenage Mutant Ninja Turtles IV: Turtles in Time. Specifically, the Super NES version. The arcade original has better voice samples, but the combat feels less dynamic. You’ve got power-ups, a wide variety of stages, colorful characters, and excellent action. While there are still some stages with that ‘token taker’ vibe, the difficulty is well-balanced overall. Plus, the stages themselves never feel drawn out or overly repetitive. Before you know it, the credits are rolling, and you’re ready for another round.

Compare that with Hyperstone Heist, which came out for the Sega Genesis. The voice work sounds like it was recorded with a Talkboy (look it up kids), and the colors are terribly muddy. Worse still, every stage feels like an endless slog. And there are only five of them! On top of that, the developers came up with three bosses before resorting to a Boss Rush stage. It’s not as bad as the first NES game, but it’s still a pretty busted arcade brawler.

That’s the trouble with the Cowabunga Collection. There are 13 games, yes. But three of them are different versions of Tournament Fighters. There are also two different Turtles in Time variants and a couple of versions of the Arcade Game. You can beat the Game Boy games in under an hour, and the arcade titles are equally short. In other words, there’s not a ton of content here. If you go through the collection one by one, you eventually feel like you’re stuck in some sort of time loop.

I’m not sure how I feel about this collection. I didn’t enjoy most of the games I played. And yet, this release does an admirable job gathering up so much Turtles history and memorabilia. You’ve got the games, the box art, the concept sketches, the music, and the TV stills. You have a clear snapshot of the Turtles hype train running at full speed. The effect is so complete this collection feels like a curated museum exhibit. On the other hand, the games are mostly bad. The action is repetitive, the difficulty balance is busted, and the stage design is mostly an afterthought. If you’re looking for a thoughtful essay on Ninja Turtles history, then look no further. If you want a bunch of fun games, The Cowabunga Collection is not for you. 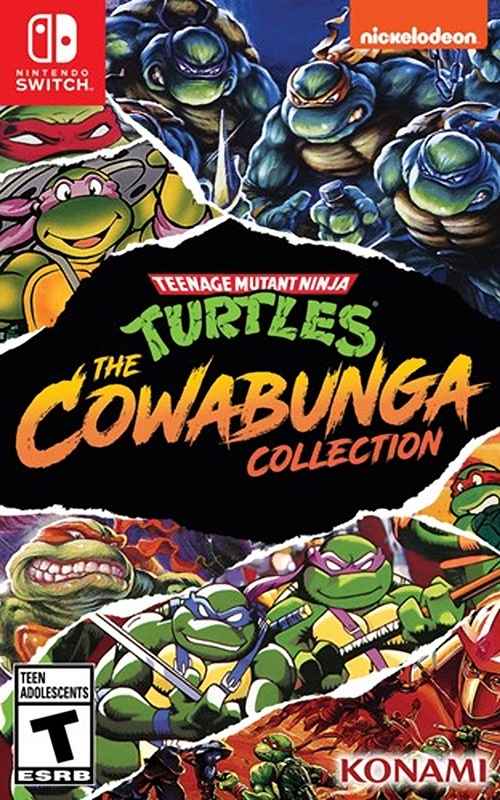 Knockout City Is Getting TMNT As Playable Characters

Top 5 Video Games Arriving in August 2022
Next Tower of Fantasy Review – Less than Impactful
Previous Destroy All Humans! 2: Reprobed Review – Back to the Mothership