The Swapper (PS4) Review – Insert Jokes About Cloning Yourself Here…

It’s a trope of the horror/thriller/suspense genre. An individual finds themselves on a ship or space station completely isolated from any outside contact. The ship (or station) is abandoned and (almost) all signs of life have been extinguished. It is up to the individual to find out what happened and hopefully avoid the same fate themselves. We’ve seen this before, but when we see it the first thing that comes to mind is certainly not “This would make a great puzzle/platformer!”

Enter The Swapper, a great puzzle/platformer. Well, almost great, but I’ll get to that later. First released on PC, it’s now making its way to PS4 in the great console indie-spree of 2014. Here you are, a lonely spaceman marooned on a space station in which all life has been extinguished, save for one spacewoman who is clearly suffering from multiple personality disorder.

The first thing that immediately strikes you about this game is the visual style and fidelity. This game looks fantastic, and it really hits the nail on the head when it comes to using the visuals to achieve the mood it’s going for. The environments you find yourself in toe the line perfectly between creepy and scary. It is never scary, but it is always haunting and uncomfortable.

In addition to the striking visuals is an excellent implementation of sound and music that knows exactly when to impose itself and when to use silence as the ultimate mood setter. Every sound I can remember hearing in the game clearly came from a real source. Music sounded as if it was playing over the PA in some rooms, and when you moved to the next room you could still hear the music, but muffled.

The core gameplay works as follows. You are given a device with which you can make duplicates of yourself. You can also freely swap your conscience into any of the duplicates that are within your line of sight. A maximum of four duplicates can exist at once, so including you there can be five of……you…active at once. You can’t create a duplicate if your beam passes through a red light, and you can’t swap into a blue light. When you move, all your clones move along with you. Use these mechanics to solve puzzles and collect orbs.

The puzzles find a good balance between being easy enough to solve and rewarding when you do so. This is one of those games that will have you feeling really smart when you figure out a puzzle that has been stumping you. Speaking of puzzles that have been stumping you, I have one problem with this game, and unfortunately it had a pretty big impact on my experience.

I was ripping through this game with a great deal of success. Some puzzles were difficult, but I was solving every one. Occasionally you’ll be hit with a barrier that can only be opened after you’ve collected a certain number of orbs. Most barriers had orb requirements I had already cleared by double digits. This led me to believe you wouldn’t need to solve EVERY puzzle to see the end of the game. That’s why I was surprised to get to the last door and see a requirement of 124 orbs, which is EVERY orb in the game.

This is a mistake in my opinion. The odd thing with these games is some of the puzzles just don’t click with your way of thinking. There were end-game puzzles that I breezed through in seconds and earlier “easier” puzzles I simply could not figure out. Everyone’s mind solves problems differently and some puzzles just stump some people. That’s totally fine, but I think there should have been a bit of leeway built in of allowing at least one or two puzzles to go unsolved to open the last door. The completionists can go back and do them all if they want.

The requirement to solve every puzzle took what had been a 4-hour experience of non-stop enjoyment on my part and tacked on a 5th and 6th hour of pure frustration. I finally gave up and looked up a solution online to the last puzzle, which still took me several tries even with a FAQ. I would have enjoyed coming back after completing the game and trying this room with the pressure off, but at this point I was just trying to be done with it so I could see the ending.

I badly wanted to see the ending because I had heard it was really good. You know what? It WAS really good! Obviously I won’t get into the details, but it was great. It’s just kind of too bad that by that point my blood pressure was through the roof and I was filled with hatred for that last puzzle and shame for having to cheat my way through it.

So overall, I would say 95% of this game is pure excellence. I had an absolutely fantastic time playing it and it was surprisingly long (I thought I could finish it in one sitting, but it actually took me two full nights of playing). It’s just a shame that one teeny tiny detail took my impression of it from great down to good. It’s still well worth playing even with the frustration, but without that minor detail it could have been one of the best. 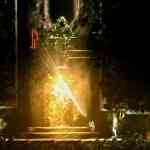 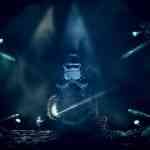 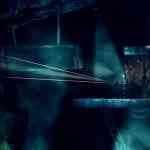 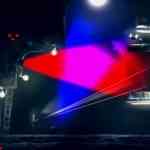 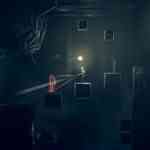 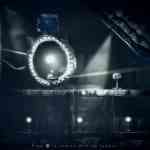 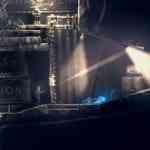 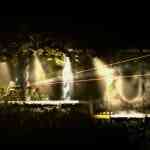 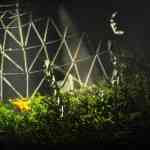 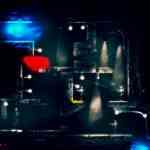