As an avid RPG player, it sometimes surprises me that I have always been reluctant to dabble in the world of the MMO. The lone exception to this rule was 2006’s Guild Wars, largely because of its free-to-play nature. Back then I enjoyed the experience of grouping up with others, and exploring the huge world. For the past couple of weeks, I’ve been experiencing The Secret World, a new MMO from Funcom and EA. How did I enjoy my time in The Secret World? Read on to find out.

The Secret World is set on modern day Earth, a far cry from the medieval realms of WoW and its compatriots. The game paints a bleak picture of the world with three factions battling for dominance. The Illuminati are obsessed with gaining power, the Templars want to bring justice to the world, and the Dragon have mastered the control of chaos. Upon choosing a faction and creating a character you’re shuttled off to the home city of your chosen group: New York, London and Seoul respectively. From there the mission structure plays out much the same for each team, save interactions with your chosen shadow organization. You’ll travel to Maine, Egypt, and even Transylvania; each location just feels moody. Atmosphere really is one of the things this game does best. In Kingsmouth, Maine, you really get the feeling that there is evil afoot, and the setting genuinely begs to be explored thoroughly. 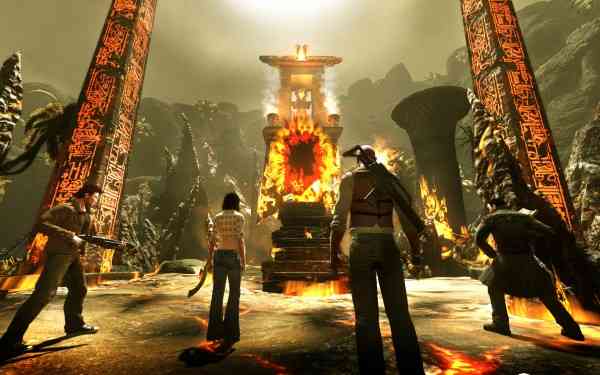 But The Secret World is not about immediate gratification. The story is focused on mystery, and is often told in part through scraps of information littered around the world. For example, you might run across an abandoned police cruiser that triggers a series of events that results in some light being shed on things. In most cases, this works out in a positive way, so long as the player is committed enough to the story. For me, this gave me an actual reason to complete tasks, and it results in greater variety than the traditional “kill 10 beasts” quests. Indeed, the quests you might encounter are quite diverse. I particularly enjoyed the investigation quests, which require some sleuthing, sneaking, and puzzle solving.

Interestingly, The Secret World manages to keep things quite focused despite having a massive number of quests to take on. The game limits the number of quests you can have active at a time, avoiding the endless scrolling one might do in a game like Skyrim. I also found myself dropping map markers to remind myself of quests I might want to try later on, giving me a reason to traipse across the countryside more than once.

PvP is present and accounted for, but not entirely exciting. There’s a world war type of mode that is a constant battle between the factions, and some more isolated conflicts you can participate in, but I found the PvP modes to feel tacked on, like they’re only there because they’re expected to be. In any case, the main game is much more engaging to be part of, and the story is only the beginning. Character progression is approached in a freeform, level-free manner, and allows free reign over your hero. You’re never forced into selecting a class, so you can feel free to build an assault rifle wielding sorcerer if you so desire. Of course, letting the player do whatever they please can be dangerous; it may leave those who spend skill points aimlessly hopelessly outclassed as things progress. Fortunately, the tutorial system is well done, and gives players the tools to succeed. 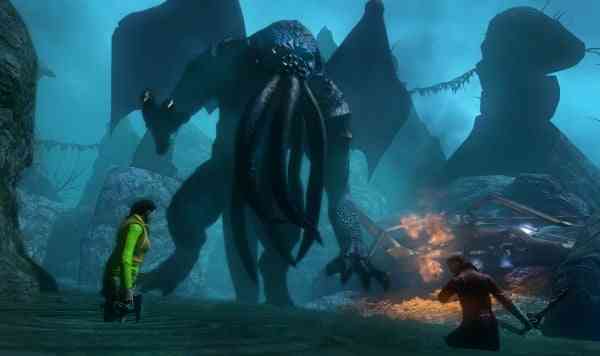 Not all is puppies and rainbows in The Secret World however. The actual physical experience of the game can sometimes feel a bit aloof. Your character sort of glides along the ground, and combat lacks visceral impact. At times your foes will fall before the killing blow connects, or you’ll find yourself being mauled by a zombie despite being perched on a second story balcony. Situations like this draw the player out of this otherwise immersive world, and it’s really a bit of a shame. Hopefully the developer can iron a few kinks out and smooth the combat as the game matures. On the bright side, the huge variety of abilities, strategies, and weapon means you’re unlikely to get bored, and anyone who likes tweaking characters to find the perfect setup will be right at home.

Visually, The Secret World keeps up with the Jones’ so to speak. Artistically the game is creative and well thought out, and the engine pumps out enough particles, effects and textures to make you “oooh” and “aahh” on occasion. Character models are lifelike, and the animations are well done. One curiosity I observed a few times was a group of monsters moving across the land at about triple their usual speed, with triple the animation speed.  I assume this happens when monsters get too far away from their usual spawn point, but it’s pretty comical to see a bunch of leg-dragging zombies moving like Olympic sprinters. 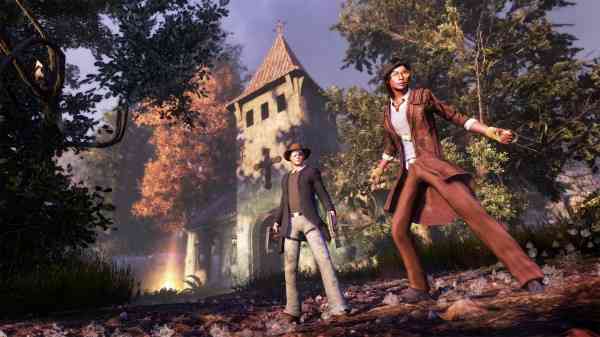 More noteworthy is the sound design in The Secret World. Effects from the splashing of water to the retort of pistols are sharp and of Hollywood quality. Music is used sparingly, and to great effect. Many times I noticed that there was no music, and it added to the discomfort of some already creepy sequences. Other times, big booming drums urged me on toward my objective.  And then, there’s the voice acting. The Secret World boasts an impressive cast of actors, and they deliver their lines in convincing fashion. Their work is particularly admirable based on the content they had to work with.

The game’s writing felt overly wordy to me, like a novel with too many mundane details. I’m sure that some would find this charming or even preferable, but I often found myself tuning out cut-scenes and lore entries because of phrases like “And yet, you little termites war with each other over your little termite mounds, and somewhere in the Outer Dark, hungry mouths made of event horizons salivate and grin.” While instances like this drew me out of the world slightly, it was never more than an annoyance.  The quality of the overarching premise is excellent, and certainly keeps the player engaged throughout.

The Secret World headed into largely unknown territory content wise into a genre littered with games that fail to compete with the like of World of Warcraft. However, with a solid story, unique character progression, and good all around fundamentals, The Secret World is poised to siphon off veterans and draw in new players. If developers can manage to work through a few growing pains, The Secret World could grow into one of the leaders in the genre.