Say what you will about the original Super Seducer, but there is no denying that it got people talking—good or bad. Perhaps P.T. Barnum was right and “there is no such thing as bad publicity.” That would certainly explain how just six months later we got a follow up to the original in Super Seducer 2: Advanced Seduction Tactics with even more titles on the horizon. Like it or not, it’s back, so I may as well test my advanced seduction technique knowledge out.

There are really two ways you can take Super Seducer 2: as a dating/pick-up simulation or as a hilarious meme machine. The game is broken up into different chapters presenting a scenario with different goals, some as simple as choosing the right options, some a bit more complicated. The options, however, usually only consist of one right answer, one okay answer and then several “no one in their right mind would ever say/do this” answers. If you play things straight you get some fairly solid advice, like being truthful and it’s best to keep things professional at work, etc. Chances are most people interested in the game aren’t here for that, though. It’s the bad options that are truly what’s entertaining here.

They Know What You’re Here For

Make no mistake, Super Seducer 2 seems keenly aware of what people are there to see. They also aren’t afraid to poke some fun at some of the critical comments and aspects from the previous game. The beginning starts with a nice message about how Richard has heard those comments and addressed them this time around with more diversity and points of view, etc. That’s all well and good but like a backhanded compliment you can tell that shots have, and will be fired repeatedly. He even is happy to throw out plenty of game references as well, from calling his learning of Chinese “The Dark Souls of languages” to re-enacting the rather infamous Cuphead intro level video.

If anything though, maybe things are a bit too over the top to be a helpful dating/pick-up sim. The game does claim to put you in everyday scenarios, but then you get to the first chapter where Richard drives a tank across a golf course to an outdoor dining area at a country where he spies an attractive woman getting off her yacht. Raise your hand if you’ve ever been in that exact scenario…that’s what I thought. In many ways this is a poor introduction, because it is so out of the ordinary in the set-up. 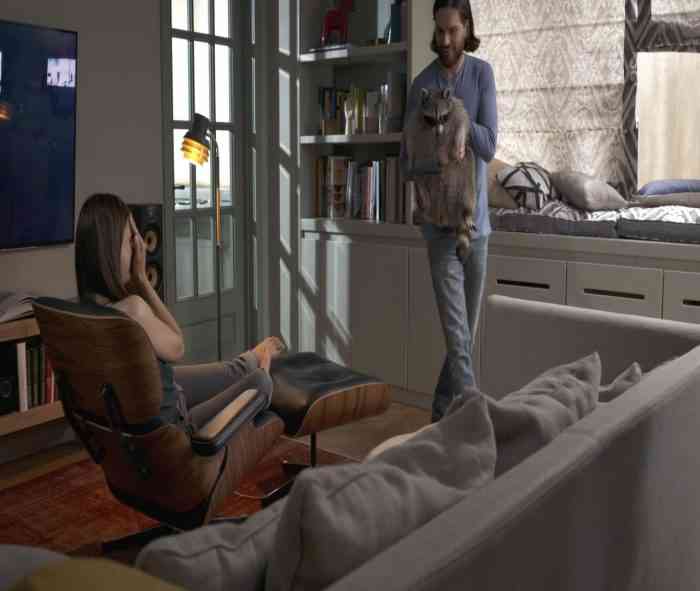 The game does require attention to detail when the characters are talking. For instance, at one point, a lady in question made a big point to say that she was “going to be naughty and order the chocolate cheesecake.” But…later you can plainly see the cheesecake she ordered sitting in front of Richard and the one he ordered in front of her. Sometimes they both have completely difference cheesecakes altogether. Attention to detail is key.

It also misses a few key details. The only scenario I failed on was with the very first answer, as I chose to sit and eat a Kumquat. Then, that’s it, game over. However, I can justify that choice when you consider the details at play. The correct option was to give a non-verbal signal before approaching, but I say eating a Kumquat was a good non-verbal sign as well. It’s clearly a nice day out, the grass is green, and later an old lady passes out due to the heat. So we’re talking maybe early summer for the setting. Kumquats however are only in season in the winter months, so eating exotic fruit that is ripe out of season is certainly something that would catch the eye of the discerning young lady who just got off a yacht. It’s certainly a non-verbal signal.

There really are a few things that really could use some improving. Firstly, the acting. The girl Richard’s Dark Souls teacher was trying to pick up being a great example. Her body language between lines very much has a standoffish vibe. It was the epitome of a mixed message, like someone saying “give me a hug” then standing there with their arms crossed. It’s not just about having a good line or saying the right things, but reading the situation as well. If the aim really is to help people get a date, then having those real mixed signals come across may not be the best “confidence builder”.

That’s not the only mixed message either. Richard’s female counterpart, that helps discuss whether the right choice was made or not, can readily be seen making quite the face of disagreement on some “correct” options. Other times, she praises options that actually aren’t the optimal one. This isn’t really helped by some rather ambiguous choices, either. Sometimes you choose one option that sounds like the best, only to have it be played out in an entirely weird way that’s nothing like the decision you thought was being made. Again, if the idea is to be ultimately helpful, the sheer amount of elements that seem to conflict in some way work against that goal.

It’s probably easy to just pass off Super Seducer 2 as garbage that’s not worth your time. However, if you do take that time to look at it you’ll find that the idea behind the helpful stuff is pretty sound advice if you’re in need of that kind of direction. The other thing you’ll find is some pretty fun shenanigans. Sometimes the cringe is what sells it, like a train wreck you can’t keep your eyes off of. That cringe factor isn’t an accident, which leaves you wondering if it’s all just a big old trolling of those who have far too much to say about everything. If you’re not so serious about everything all the time, though, it’s a fun diversion.