I always enjoy checking out remakes of games that were originally released back in the more formative years of my gaming life, in this case the 1980’s. Strider has seen various releases on various consoles over the years but this reimagining of the original game marks the first time Strider has hit the current (XB1/PS4) or previous generation (PS3/360) consoles.

If there’s one thing I remember about old arcade games it that they lacked much of the story like we see in games today. Coin-op games were designed to consume quarters as much as they were to entertain. Being good at them required a level of skill I’ve never possessed. Eschewing any elaborate story, Strider starts off with only the on-screen command of “Eliminate grandmaster Meio”. With that you are immediately thrust into a mix of action, platforming and exploration game play. This game has that old coin-op feel. That’s a good thing. 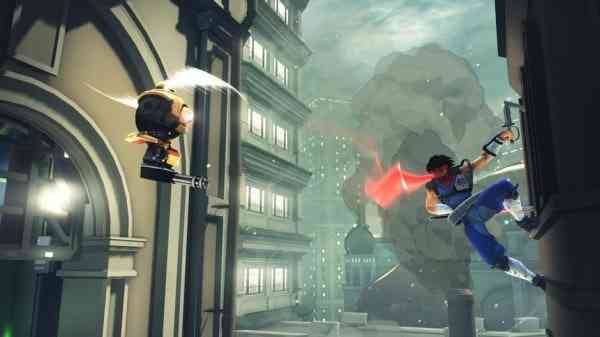 You play as Hiryu, a Strider. You dispatch enemies with your main weapon, the cypher, which is upgradeable with various powers gained throughout the game. New abilities aren’t just used for battling enemies but can be used to access new areas that only become become accessible with certain powers. This exploration element feels very much like Shadow Complex on the Xbox 360.

The precision of Strider’s controls stands out immediately. Ultra-responsive actions and movement makes navigating the various environments a pleasure. Forget physics. Hiryu changes direction instantly with the flick of the thumb stick, even during his cartwheel jumps. You’re not limited to just running and jumping. With what I can only describe as a sort of modified scythe, Hiryu can climb walls and ceilings to access new areas, power ups and add an additional strategic element to combat.

Even on the normal difficulty setting I found Strider challenging. There’s often no avoiding taking damage. Progressing further and further into the game becomes a precarious balancing act of managing the numerous health packs strewn around every level. There are frequent boss fights which I am no fan of. I hate the trial and error game play of having to try and figure out a specific attack pattern and weakness. I get the fact I happen to be in the minority on this topic. Personal opinion aside, in the context of this game they are a logical fit and necessary to stay true to Strider’s roots. 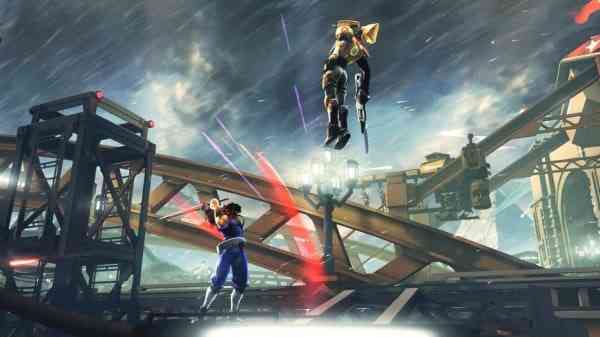 Visually, much of the next-gen treatment seems to get lost in the action. The fact that I jumped into this straight from playing Tomb Raider Definitive Edition probably doesn’t help Strider’s case but it leads me to think 360 and PS3 owners aren’t sacrificing a ton when it comes to how their versions look in comparison. Still, the graphics are crisp and the frame rate rock solid. Strider can be pretty at times when you stop to take in the details. Strider’s soundtrack pays respect to its heritage with music and effects evolved from previous games. This is cool but ultimately it gets lost on those who aren’t fans.

Fan or not, you needn’t worry about getting your money’s worth here. Strider strikes a good balance of old school coin-op difficulty and all the modern day trimmings. Double Helix has crafted a reimagining that plays as well as it is steeped in respect for its content material.