Stranger Things 3: The Game Review – Leave This One in the Upside Down

If you haven’t seen Netflix’s ‘Stranger Things’ yet, you probably should. It’s a wild trip through a fictional 1980s town, and it’s become one of the platform’s most popular series. So it’s frustrating to see that at times, Stranger Things 3: The Game (ST3TG) never quite lives up to the quality of its counterpart. Its 16-bit style looks great, and there’s a lot of fan service here to be had, but too often you’ll find the bad outweighing the good. It’s a serviceable beat-em-up that will appeal to the biggest fans of the show but will struggle to hold the attention of everyone else.

You’ll want to make sure you’ve seen season 3 of Stranger Things, as ST3TG follows the plot in an almost scene for scene recreation. Dialogue is pulled directly from the show, and there is an attempt to recreate key moments, but way too often the mark is missed. Only the three or four most important lines from any given scene will be used in the game’s recreation of it. This causes the plot to quickly become disjointed, as they just assume you’ve seen the show and know exactly what the motivations for each character are. If the story wasn’t going to be told properly, I can’t help but feel Netflix and BonusXP would have been better off abandoning the plot of the show altogether in favor of coming up with something original.

A handful of characters from the show can be used at any time, once they’ve been unlocked. You start as Mike and Lucas, and as you progress through the third season’s events, you’ll unlock access to many of the other major characters. Beating down enemies is satisfying, and everyone comes with a special ability that will help in combat, or with advancing through the town. Nancy, for example, uses a scissor stab execution move that deals massive damage and is incredibly useful in boss fights. You’ll also craft ‘crests’ to supplement these characters and abilities. Crests are equipped to your party and provide permanent boosts to everyone. The sense of progression here is fun, but the vast majority of crests were ones I never thought I needed.

I appreciate the effort to recreate the retro art style of the 80s and 90s games that these kids would be playing themselves, but the same can’t be said for the music. The problem is that the same song is playing for essentially the entire game. On a loop, over and over. The opening part of the game in the mall with Mike and Lucas is supposed to be a fun moment where they sneak into a movie. Instead of attempting to recreate the feel of the upbeat licensed 80s music used in the show, they just use a 16-bit rendition of their “spooky Stranger Things theme”. This throws off the feeling and emotion behind certain scenes and left me feeling detached from what was happening. I also came across a few minor syncing issues with audio when attacking enemies. 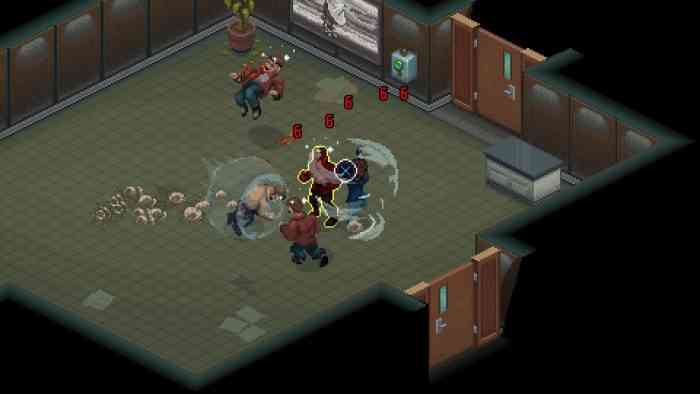 Other little bugs and minor annoyances pop up frequently throughout Stranger Things 3. The game will often stutter upon the usage of a special move. You’ll walk to an exit only to find nothing happens. Players will get stuck in walls. Worst of all though, around the 65-minute mark I encountered a game-breaking bug. I needed to hand a quest item into an NPC before I could pass by into the next area. There was nothing I could do to hand this item in. After confirming others had experienced the same bug, I had to restart my game. On top of all of this, one of the biggest disappointments was that I found co-op seemed to slow the game down even further. The stuttering increased, and a few other problems arose.

My big issue with the co-op is that they’ll force split-screen on you, but then still treat you as one single player. Both players share one menu, meaning anytime you split up, you’ll constantly be interrupting what your second player is doing. It’s the sort of thing that starts to drive you nuts after a couple of hours of it happening. On top of this, the frame rate gets worse when a second player joins. The game struggles to keep up with two attacks on multiple enemies at once.

As a big fan of Stranger Things, I found some decent fun to be had with ST3TG. It’s genuinely exciting to take control of these characters we’ve gotten to know over the past three seasons, even as 16-bit renditions of themselves. I also really loved discovering the locations we’ve seen on the show. The fan service on display here might be enough to sell enthusiasts of the show, however, it’s tough to recommend this for anyone who hasn’t seen it. 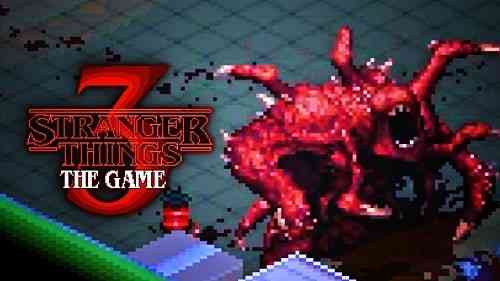