SteelSeries has recently added a bunch of new accessories to their collection and they were created to ensure everyone, regardless of budget and play style, could upgrade their gaming experience. Of course, it’s also to celebrate their 20th anniversary making quality accessories as well. Not too long ago I reviewed their wired Prime mouse and now I’ve gotten the opportunity to check out what their latest in the collection, the Prime Mini Wireless, is like. It’s got pretty much everything the Prime had, and yet it’s slightly smaller and the wireless design offers even more flexibility. That said, there’s a pretty big price jump from the wired mice in this collection. So is the Prime Mini Wireless mouse worth the extra $60?

Straight out of the box you’ll notice that this mouse is for right-handed gamers. It’s a bit smaller in size than the Prime and while I didn’t think I’d notice much of a difference it’s actually even more comfortable to use, especially when using a claw grip. If you have larger hands than me however (mine aren’t small for the record) then you might not be a huge fan of having to keep the claw grip the entire time you play. The most noticeable size difference is the shorter length of the Mini Wireless. There are 6 buttons: the two standard left and right mouse buttons, the mouse wheel, two additional buttons on the left side and one on the bottom for quick CPI setting changes. The two extra buttons on the left side of the mouse are placed nicely next to your thumb. I wasn’t reaching for them while using the Prime, but these just sit in a more comfortable position on the Mini Wireless. And even though there isn’t a ridge for your pinky to sit comfortably, as the mouse is a bit smaller it fits nicer in your hand.

The outer shell, just like the Prime, is made from a hard plastic and comes complete with a matte black finish and a grey SteelSeries logo on the lower portion of the mouse. The matte black finish and hard outer shell give it a nice look and it does feel extremely durable. When it comes to the look of the mouse I do have some of the same gripes I did with the Prime. The mouse wheel has fairly large grooves which become dirtier quicker, and there’s nothing crazy eye-catching or flashy about the look. The mouse wheel is default orange and the color fades away while moving the Mini Wireless around but there’s no other area that pops with color. Though some find the RGB lighting distracting, I like being able to show off how bright, colorful and fun my mouse is. I wish there was a bit more flare here, if even just the logo lit up or there was a nice strip of RGB color on the bottom. That said, what is better here are the customizability options.

SteelSeries Engine is a Damn Star

The SteelSeries Engine adds quite a bit of value to the Mini Wireless. Gamers can use it to customize the RGB lighting (which is still only just the one area of course) and program all of the buttons on the mouse with the exception of the CPI one at the bottom. It also allows for battery saving setting changes and updating angle snapping, acceleration, and polling rate. Considering each and every genre of game can require different mouse settings this app is definitely needed and appreciated. 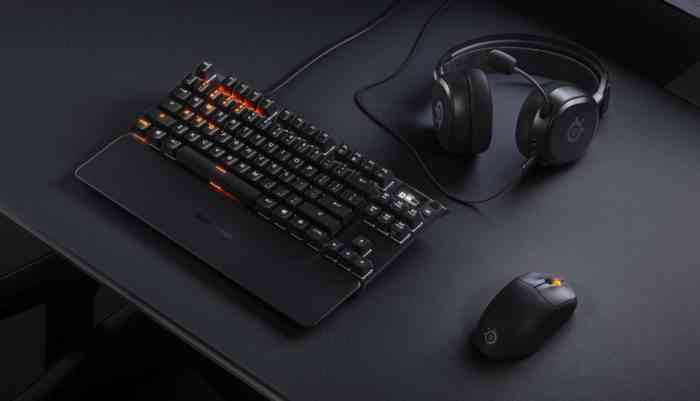 I’ll be the first to admit that while I love the freedom of having wireless accessories my biggest worry is the battery life. And if I’ll become Amazon’s favorite customer, what with having to stock up on a bunch of double or triple-A batteries. Thankfully that’s not something I have to think twice about here because even though it’s wireless (complete with a fairly large Type-C dongle) it has 3 great features. The first is that it has a long battery life (100 hours in fact), the second is that there’s a battery level indicator color (red means 5% left), and the third is that it comes with a 2 meter detachable quick charging braided cable. So basically you can play wired or wireless and the fun never stops. After all, there’s nothing worse than having to pause or quit your game session and wait for your mouse to charge, right?

There are two downsides when it comes to its wireless capability offered. The first is that the dongle is a lot bigger than most I’ve seen or previously used with a wireless mouse. It resembles the large headset dongles used with PlayStation/Xbox platforms. The second is that those with older computers might not be able to use it without the cord since the dongle is Type-C. Unfortunate but not a huge detriment if you have a spare Type-C to USB adapter kicking around. Would it have been too much to ask that SteelSeries added a Type-C to Type-A USB adapter to the box just in case or maybe shrunk down their dongle a bit? For the extra money you spend for this wireless option, I don’t think so. At least there’s a Type-C extension adapter though, right? Oops.

Where the Mini Wireless does impress, rather unsurprisingly, is when it comes to its performance. It offers up the Prestige OM Switches, TrueMove Air sensor, 18000 CPI, 400 IPS (inches per second), 40 G acceleration endurance, and a 1000 Hz polling rate. All of these numbers are measured as the maximum performance available but with the SteelSeries Engine software (or by using the CPI button on the bottom) these are all customizable. It’s also 73g (advertised as 7g lighter than the Prime Wireless) so it’s crazy lightweight. All of this combined means it’s very quick and very precise. The mouse pointer moves with ease across the screen to exactly where you want it to, without any kind of lag to speak of. And the Mini Wireless is super smooth on all surfaces as well, probably in part due to its relatively thick PTFE feet on the bottom.

The Mini Wireless is a hell of a mouse, it’s got some amazing features like being lightning fast and accurate, complete with crispy satisfying clicks, and offering up a bit more flexibility with its wireless design. Ultimately the best thing the Prime Mini Wireless provides, besides the unwavering performance, is the SteelSeries Engine for full and complete customization. Considering the relatively steep price tag, compared to the wired Prime mice anyway, there’s a lot of extra bang for your buck here. I just wish the dongle would’ve been designed with a bit more thought for all PC users.

If you’re a budget gamer and aren’t looking for customization or wireless capability, you’re better off with one of the wired mice from the Prime lineup. If however, you want to play at the same level as the pros without spending $150 or more for a mouse, look no further. Without a doubt the Prime Mini Wireless will be my go-to wireless mouse for a long time to come. 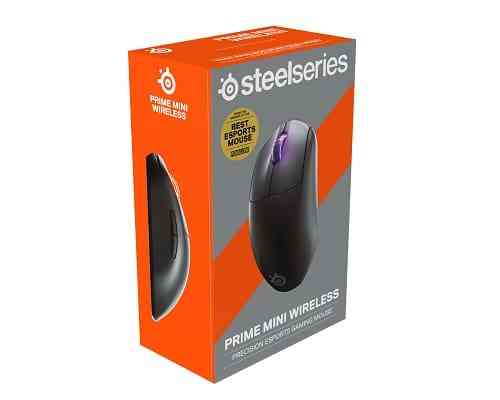