SteelSeries Arctis Prime Headset Review – Designed With Everyone in Mind

Until very recently I had never used a SteelSeries gaming accessory before, embarrassing, I know. I enjoyed my time with the Prime Gaming Mouse and was very curious how the level of detail and smoothness could transfer over to a SteelSeries headset in the same new lineup of accessories. After using the Arctis Prime Gaming Headset for the last couple of weeks I’ll admit it won’t be my number one pick in the future, however, for the uninitiated or solo gamer it’s definitely worth taking a look at.

The Arctis Prime isn’t a headset that’s going to catch your eye in the midst of a crowd. That said, it’s by no means an ugly headset. The entire frame, the earpads, and headband strap are all solid black. On the earphone plates themselves the grey SteelSeries logo is the focal point and they’re magnetic and removable so customization is an option moving forward. I love the fact that you have the option to customize it to your own personality and style. And to continue on with its simplicity there’s just a mute button and a volume wheel on the mic side of the headset.

In terms of how everything feels, the Arctis Prime seems like it was built to last a long time. The aluminum alloy and steel frame is flexible, yet strong and the leather-like earpads are soft, comfortable, and large enough for every type of ear. The adjustable strap is something entirely new to me on a headset but I actually quite like it, and unlike some of the physical frame adjustable ones there’s zero chance of an accidental size change mid-game. The retractable mic itself is also extremely bendable which really allows for a full range of movement to find that perfect position for input sound.

As the Arctis Prime is a wired headset you might think that the wires are going to get in the way but it’s super easy to set up on multiple platforms and they don’t inhibit gameplay at all. In the box, there are two different cords, a shorter one for use with laptops, Xbox systems, and PlayStation systems and a longer extender with a split end for desktop PCs. There’s nothing worse than trying to mess around with cords or settings even before you can use the headset so the straightforward, quick setup is a definite bonus.

The Arctis Prime is just your basic headset but with better sound and great noise cancellation capability. Even with my AC on full blast and a TV on in the background, I couldn’t hear much outside of my game. There are no fancy extras provided here, no use of the SteelSeries Engine software and no extra buttons or an amplifier to adjust the sound design for your style of gameplay. None of this would be an issue if the sound design was perfect though unfortunately, it’s not. Don’t get me wrong, every single footstep, gunshot, car rev, or door slam will be crystal clear and you’ll be able to react quickly to everything. You just won’t be able to tell your friends or fellow teammates what’s going on. And that’s because for as wonderful as the input sound is, the output sound from the mic is a lot quieter than it should be. 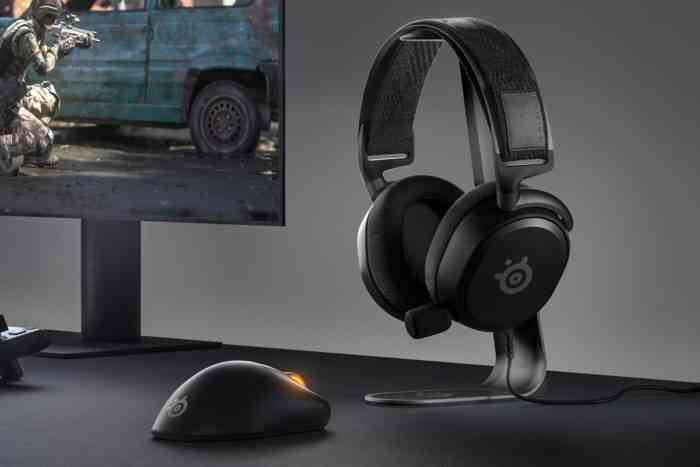 While chatting on Discord my mic level barely reached halfway on the “test soundbar” and my friends on Discord and in game chat all said my voice was quiet and at times almost non-existent. And that was me speaking at a louder volume than usual! Thankfully you are able to increase your mic volume on most platforms – I had more success using the Arctis Prime on the PS5 than my PC – but even then the output volume is underwhelming.

Unlike many other headsets on the market, or even when compared to the mice of the same Prime lineup the Arctis Prime is a little feature-light for my liking. I wish that there was some option to increase the output audio volume to be at the same level as the input audio, even if it was just an extra button. Considering the $100 USD price tag, which is relatively budget-friendly, I want to have consistent sound across the board. I want to be able to play with my friends without worrying that they can’t hear my callouts while playing FPS titles. I’m disappointed that’s what’s lacking here.

If you play a lot of multiplayer games or you spend a lot of time chatting with friends, the Arctis Prime probably isn’t the headset for you. On the other hand, if you just want a comfortable and capable headset without spending a ton, this headset should be on your radar. The Arctis Prime is a great option for those who want to become entirely immersed in a gaming experience. 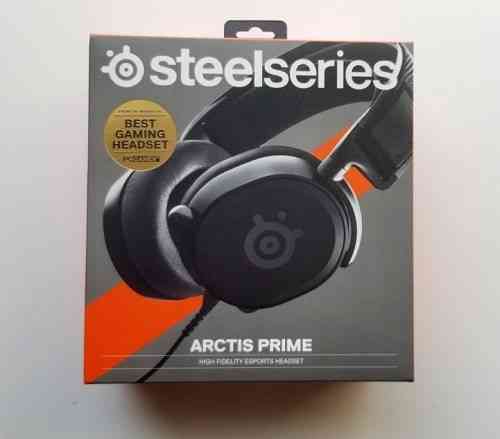