This is a game about space-faring pirate robots with a tongue-in-cheek sense of humor, whats not to love? SteamWorld Heist is the successor to 2013’s SteamWorld Dig and instead of expanding on that game’s mix of action and crafting mechanics, they have turned to a new approach that really capitalizes on engrossing mechanics and complex, nuanced system. These allow the experience to further outdo itself despite the lacking story and repetitive mission objectives.

SteamWorld Heist focuses on Captain Piper Faraday, a talented smuggler and occasional pirate, as she takes on the galaxy by purging its evil and defending it against other pirates or alien invaders. Faraday acts as the typical protagonist on a journey for treasures and bounty as she recruits a team of rag-tag steam bots to help her along the way. The story is largely told through the many conversations that happen in between missions with her newly assembled team, so it pays to take the time to chat with everyone you can. While the conversations themselves can be quite entertaining, they don’t have much to do with the actual story. You could say it is quite shallow but the amount of charm and strategy found within is enough to hold the player’s attention. 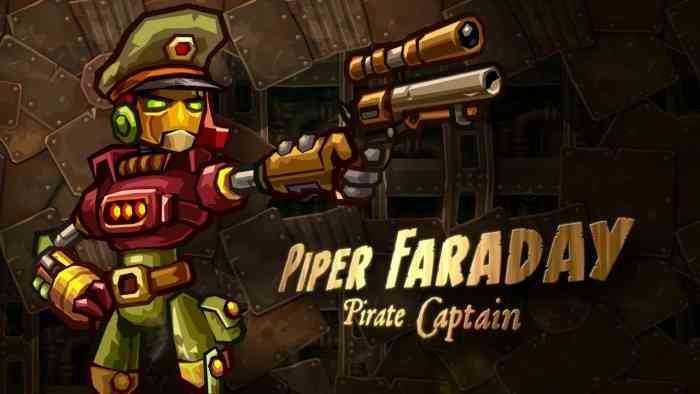 The gameplay is truly where SteamWorld Heist shines through. The combat itself is taken in turns  in a very user friendly way. There aren’t any action points or anything like that here but instead we are presented with blue and yellow lines that are stretched across the side-scrolling map. The yellow lines represent the distance you can travel and also still be able to attack; go too far and it turns blue meaning that you have exhausted yourself getting to where you want to be and thus will end your turn.  You will want to manage where you go carefully so putting yourself behind cover is the best idea as enemies can sprint out behind doors or turrets.

“Got an arcing grenade launcher? Line up that bad boy to bounce off a back wall and land behind the enemy for a satisfying explosion.”

The weapons are definitely Heist’s best feature. Using your judgment, aim your weapon and find that sweet spot that will make your attack hit just right. Different guns will have different firing types. If you have a shotgun with bullet spray, aim it just between two enemies to get maximum damage. Got an arcing grenade launcher? Line up that bad boy to bounce off a back wall and land behind the enemy for a satisfying explosion. And of course my favorite, which I always kept Captain Faraday equipped with, the sniper rifle! When used, it will draw a line of fire that will help you make some outrageous shots that can ricochet multiple times before finally hitting the target. And to make this more interesting is the swaying movement of your team meaning that you have to judge the time of fire before shooting blindly. 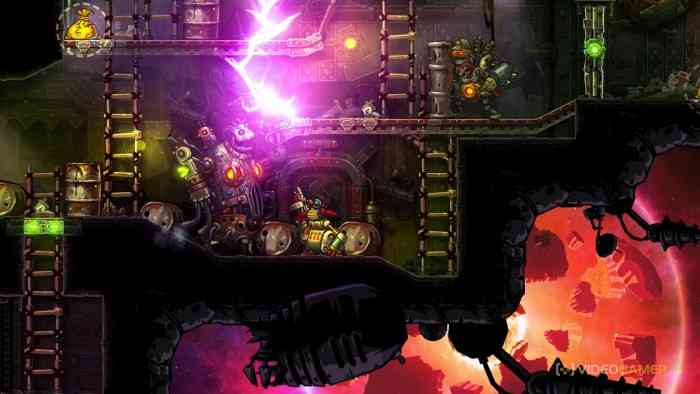 Enemies of the game – which consist of other crews of steam bot pirates trying to take over the galaxy – during battle are similarly restricted as the playable characters. Each enemy has a different character or enemy type which determines the distances they can reach, which weapons they can equip and which special skills they can use. As your crew will eventually grow larger, you will be able to pick and choose what character will do best in the next randomly generated map and see if any will survive until you’ve reached the end of the level. 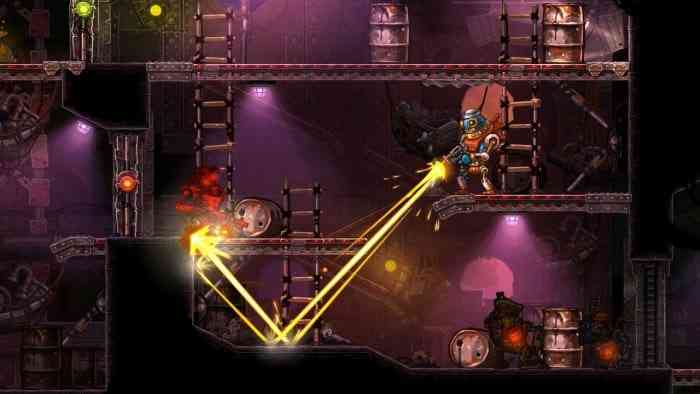 The music is what originally got me interested in SteamWorld Heist.The background tracks playing during battles is subtle yet atmospheric. In between battles you will find  yourself in Gat’s Orbit House buying items, utilities and recruiting members, and the music playing there was done by Steam Powered Giraffes. Eventually you will even run into The Spine at the Orbit House ready to give a quick chat.

“Seeing as how every level is randomly generated there could be a lot more to offer than the meandering and side-questing that is there.”

I’m thoroughly enjoying playing this game and I appreciate being able to keep the level of difficulty at a setting I feel comfortable with before each mission, which can be adjusted or decreased if you so choose. I just wish they had a bit more to offer to offer in terms of objectives. Seeing as how every level is randomly generated there could be a lot more to offer than the meandering and side-questing that is there. Could it be due to its 3DS origins? Maybe, but I do hope for future updates and DLC that will make this game better. 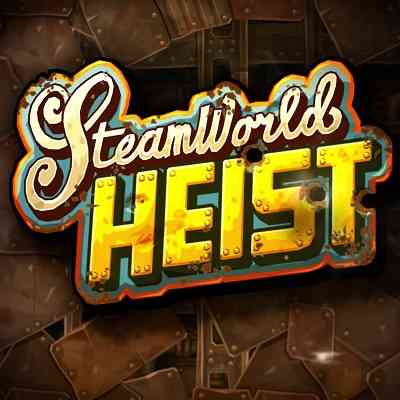