Starward Rogue, as the name would imply, is a sci-fi themed roguelike. Specifically, it’s heavy on the gameplay mechanics and atmosphere, light on the production values. It’s the kind of indie game that draws you in with its atmosphere, but than harpoons you with its exponential depth. If you walk away after a few minutes you might forget it ever existed, but once you master one of its mechanics, you’ll try for another one, and another, until seventy hours have passed and you still haven’t beaten a single playthrough.

In Starward Rogue, you play as a decapitated head in a mech suit. The game plays that as extremely tongue-in-cheek; I guess it has to considering that’s the only parts you have left as, you know, a head. The mech suits are varied, each of them having different stats and abilities. In some games, those changes can feel somewhat cosmetic, but in Starward Rogue, the different move speeds and damage outputs make a big difference.

Practically, play feels like a more basic version of Binding of Isaac or Enter the Gungeon. From the fast paced bullet hell, to the self-aware humor Starward Rogue is a worthy addition to the pantheon. The gameplay basics are a little more complex than those two examples, and the complexities more basic. 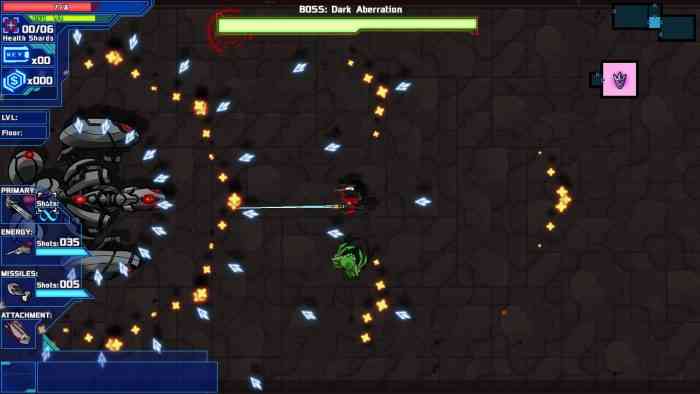 That came off weird, but I’ll stand by it. Unlike say, Binding of Isaac, where you have only one kind of basic attack, in Starward Rogue you have a few. You have your basic shoot-forever gun, but then you have a charged laser gun, and explosives and each of those weapons have many variants. They have situational uses too; you’ll want to use different weapons for different enemies, and for different obstacles. Then you find yourself in a procedurally generated room with a surprising combination of enemies and obstacles and suddenly you’re first to improvise, figure out how to maximize effect from attack combinations while zipping around to avoid the billions of enemy projectiles.

When you’re expected to play a game over and over, unlocking new abilities and levels, you’re going to need a good soundtrack. Starward Rogue delivers a pleasant, unobtrusive one. The overall sound design is pretty great, especially the limited voice acting, and the soundtrack is certainly not annoying, which is actually higher praise than it may sound. It’s no Shovel Knight (an all-time great in the genre), but it didn’t make me want to blow my brains out, or even put the game on mute. It contributed to the strong sense of atmosphere.

” it knows what it is, and sticks to its strengths”

Graphically, Starward Rogue sacrifices a lot of bells and whistles for style. That’s an approach I’m usually all for. Unfortunately, the style is a little less memorable than the classics of the genre. I have the sprites from Enter the Gungeon and Death Road to Canada imprinted on the backs of my eyelids. I see them when I sleep. Starward Rogue has pleasant enough graphics, but there’s something generic about them. It’s not a big deal, especially when the gameplay is so rich with possibility, but it makes spending hours and hours in the world a little more of an obligation than a joy (or a virulent nightmare).

Then I found out that Starward Rogue took place in the same universe as Arcen Games’s The Last Federation, another game I really enjoyed. It’s not something I would have known if it hadn’t been pointed out to me, but die-hards may get a kick out of the continued adventures of Hydral. I wasn’t chomping at the bit for a sequel, but this is the kind that can be enjoyed on its own merits. 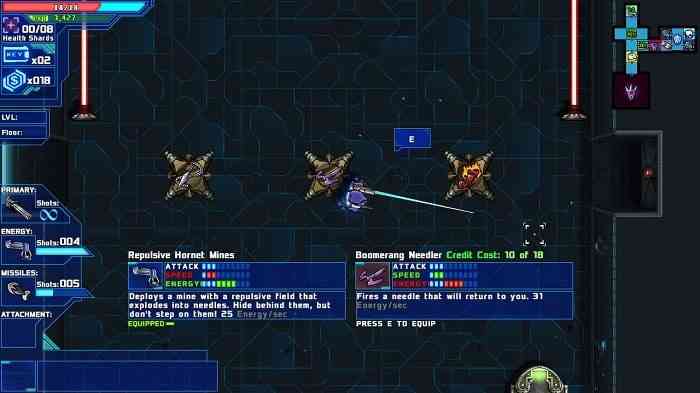 The expansion pack, AuGMENTED, offers a lot more of the same. That’s not a bad thing. As with a lot of strategy games, adding more variables and options to the existing gameplay profoundly deepens the experience. The new mech suits, items, enemies, and bosses are all worthy additions and create even more variables for your brain to grapple with. It also adds variety, so important in a game based mainly on repetition and procedural generation. While nothing essential is changed, that keeps the game from adding unnecessary complications. Instead, AuGMENTED builds on what already works.

Every so often, I find myself craving a new roguelike, and Starward Rogue has the mechanical depth I like to see. It’s a little hard to get into- the simple sci-fi style and goofy narrative don’t make for the most engaging setting. But it knows what it is, and sticks to its strengths. Most importantly, there’s a functionally rich game under the gears and rivets of the robot heroes and villains. If you love puzzling out different game systems and figuring out how they come together, Starward Rogue will have a lot for you to explore. 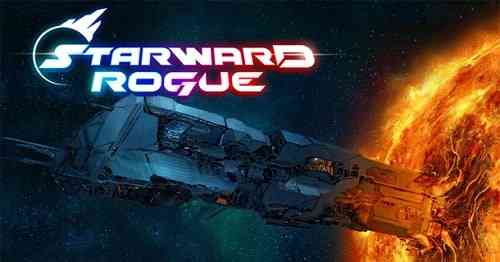