Sadly, my Move controller collects a lot of dust (for impartiality’s sake, I should state that my Kinect does too).  I love the technology in both instances but I really do prefer to do my gaming with my butt firmly planted on the couch.  Aside from dance and fitness games I really have not seen many examples of where motion control makes games better.  Enter Sorcery; introduced in 2010, a game that many Move owners had been waiting for.  Well the game is finally on store shelves, so the question remains, “Is it what people hoped it would be?”

In Sorcery you play as Finn, a sorcerer’s apprentice who inadvertently triggers the release of the Nightmare Queen of the Faerie world.  The queen is bent on finding her daughter and you must stop her and her minions before they bring darkness to the Faerie world.  Sorcery is entirely a single player experience.  There is no local or online multiplayer at all.  As much as I enjoyed the narrative, once you finish it there is little reason to play the game again.  Let that be a small warning.  For the most part this is an action game where you follow a tightly defined path and face enemies of varying types and numbers with some basic puzzle solving elements thrown in here and there. 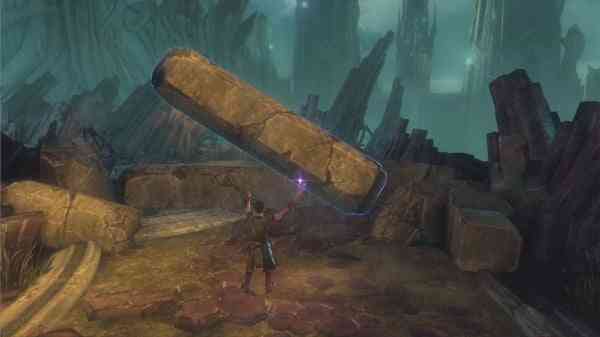 A big attraction to Sorcery is its focus on the use of magic and using motion controls to channel your inner wizard.  Spells are based on five elements: earth, wind, fire, lightning and ice.  There are twelve spells in total and each can be upgraded.  These are unlocked over the course of the game.  It takes a little while to gain the cooler and more powerful spells, maybe too long, but the promise of something bigger and better pushes you to keep playing.

As far as the actual motion controls are concerned, they fit the context of the game very well.  The core mechanic is a simple flick of your wrist to cast spells.  You control where on screen you send your spells by flicking in the appropriate direction.  There are several other motion controls such as moving objects, opening doors with keys, mending things that are broken, and brewing potions.  Shaking and pouring ingredients into a cauldron when you make a potion is fun the first few times. Moving, levitating, opening and mending objects feel like less of a novelty.  In fact, after the disappointment of Star Wars Kinect these controls make me wonder how good a Star Wars game would be with Sony’s Move technology. 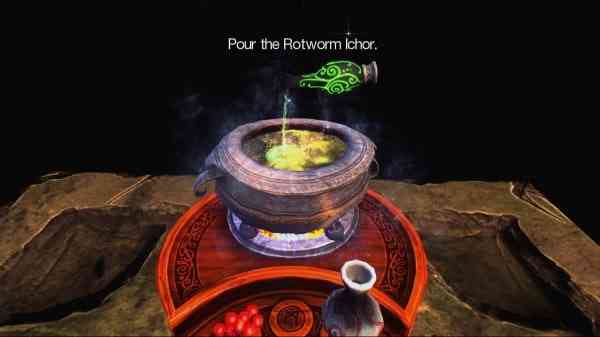 Also, for the first time, I feel like the light on the end of my Move controller has context within the game.  Its glow corresponds to the colour of your on-screen wand and it changes colour depending on what you are using your wand for.   Mixing a health potion sees the light turn a deeper shade of red until it is fully mixed; moving and elevating objects has the wand emit a nice light blue.  This sort of thing is a bit of a novelty but it will impress the heck out of some of the younger gamers.

Unfortunately, Sorcery completely falls apart when it comes to combat.  Forget about putting too much thought towards aiming your spells.  Just flick the wand as fast as you can and hope for the best.  I found that hitting targets often seemed like an exercise in luck.  Any hope of showcasing the precision of the Move controller is thrown out the window here.  Adding to this frustration are such things as trying to change spell types on the fly and drinking health potions while being attacked.  You will find that you will become frustrated more often than not.

To make matters worse the game automatically targets enemies for you during combat.  There is no ability to choose who you target and there is no ability override the game’s choice.  This isn’t a big deal if you’re facing one, two, or even three bad guys, but when you are facing a legion of enemies this makes for a high level of frustration as you are left vulnerable to attacks from directions you cannot defend.  This is a shame because the story isn’t half bad.  I can deal with suspect AI, heck, I often exploit it, but I cannot overlook how Sorcery treats combat, especially after several years of being in development. 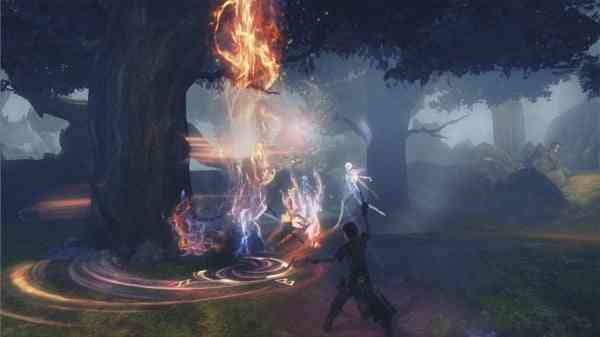 Fortunately Sorcery’s presentation fares much better than the combat.  Its’ colourful palette is immediately noticeable throughout its variety of environments.  Caverns and crypts are appropriately dark and creepy just as countryside environments are bright and vibrant.  Slightly askew camera angles are employed from time to time to add a subtle dramatic effect.  This creates a nice cinematic feel.  I did find that the camera isn’t so nice during combat.  The automatic lock-on I spoke of above is a real buzz kill.  It will hinder your ability to evade other attacks and you will find yourself backed in to corners quite often.  I also noticed that up close the character models don’t stand up as well in comparison to how they look during gameplay with several jaggies and not-so-great textures.

Right from the opening notes Sorcery’s soundtrack is great.  It feels appropriately medieval in period and syncs well with the action on screen with a more boding feel during some of the more dramatic moments.  The score also has a sort of youth and innocence to it that fits with the main character Finn.  The voice acting is also pretty good.  The sound effects do an admirable job, but I did notice some instances with some misrepresentation of direction in regards to where sound was coming from.  Several times I heard sounds coming from one direction while visually seeing something different.  Although this is by far a deal breaker it was something that was noticeable during my playtime with the game.

At the end of the day, Sorcery seems a game oriented towards a younger demographic as its E10+ rating suggests.  Sadly, the combat mechanics do not match Sorcery’s good presentation values and most hardcore gamers will notice this; however, the younger target audience may be more willing to overlook this fact.  At the end of the day, the older and more serious gamers looking for the killer app for Sony’s Move are going to have to wait a little longer, but for the rest of those people out there, especially the kids, this game should be fun for what it is, a colourful and magic filled (hey, you make spells) romp through a fantasy world. 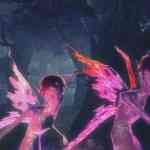 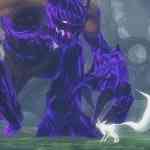 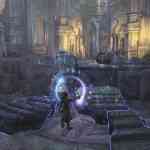 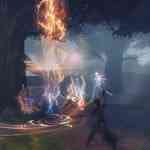 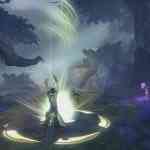 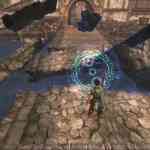 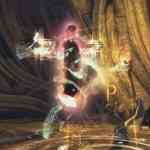 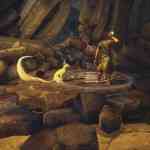 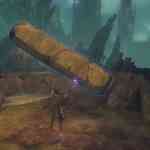 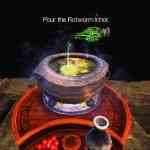 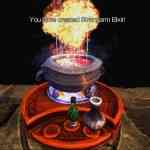