The book Ready Player One has recently become a wildly successful film where the backbone of the story is one game designers obsession with the 1980’s and how he incorporated video games of that era into an ultimate scavenger hunt. This story captured the nostalgia and heart that we all remember from the early ages of gaming, something that a game like Slime-san looks to capitalize on. Making reference to things like Super Meat Boy as its inspiration, it was pretty easy to figure out where Slime-san was coming from with their game. While Slime-san is an admirable platformer that hits most of the notes they were aiming for, I can’t help but be left with the question of why are we making these games in 2018?

In Slime-san, you are literally a piece of Slime that must use your abilities to dash, jump, and phase your way through various stages, testing both your skills and patience as this game looks to be the toughest experience in recent memory. There’s a ton of content, not just with the exceptionally difficult game, but unlockables, and a new game +, just in case you’re a zen master with something left in the tank once you’ve cleared the game.

Your Perseverance Will Be Rewarded

Slime-san relies on its absurd nature to poke jokes at itself and to try to offer you some comedic relief between each agonizing level. Every screen offers you an apple to collect for bonus points as well as an outrageous speed run time to try to keep up with – if you’re looking for an impossible challenge, of course. Again, if you can maintain sanity while trying to compete with this incredibly tough platformer, then you are in for a lengthy and taxing treat that will give you a glorious sense of satisfaction if you can manage to complete all of the goals set out.

This does bring me to the inevitable point of my middle of the road score though. Slime-san does a GREAT job embodying a game of a time long past and making it so difficult that it’s more frustrating than it is easy to retry a level over and over, and it’s insanely easy to retry a level 20 times without noticing it. The point I have to make is why are games like this still being made? With the revival of ‘classic systems’ like the mini NES, mini SNES, the upcoming mini Commodore 64, as well as plans for more similar releases, where does Slime-san fit in? What makes it stand out and demand my attention? The short answer is that it doesn’t. 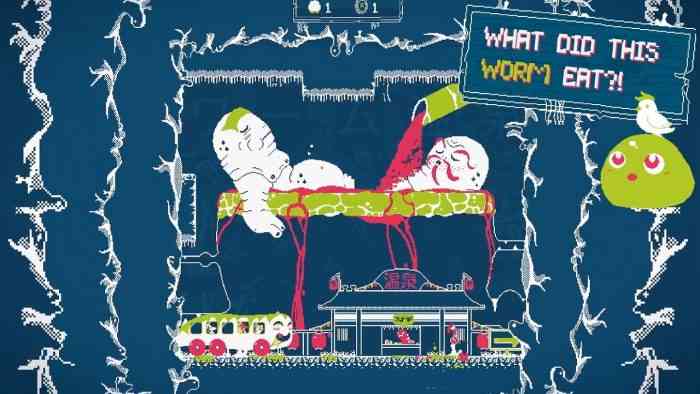 The thing about something to capture nostalgia is that in today’s world, the nostalgia will come back on its own. If I can plunk down some money and have a bunch of hours with Slime-san or plunk down a few more dollars and have access to ALL of the games that these type of games are emulating, which do you think I’m going to do? Maybe I’m just a cynic, but this was a constant thought on my mind basically every time I got frustrated with Slime-san. Why don’t I just play the games that this is trying to be, instead of getting annoyed with this one?

Overall, Slime-san does its job admirably. It strives to be annoyingly difficult and it succeeds with a platformer that is trying, it captures the style it aims for and offers many hours of playtime. However, in the age of re-release, it’s almost easier to access the games that Slime-san looks to emulate than it is to take the time to master this one. If you’re looking for something that tickles your fancy of 80’s platformers that is also something new, then you definitely want to pick this up! Personally, the cynic in me won out and I’m adding the mini-SNES to my Amazon wishlist instead. 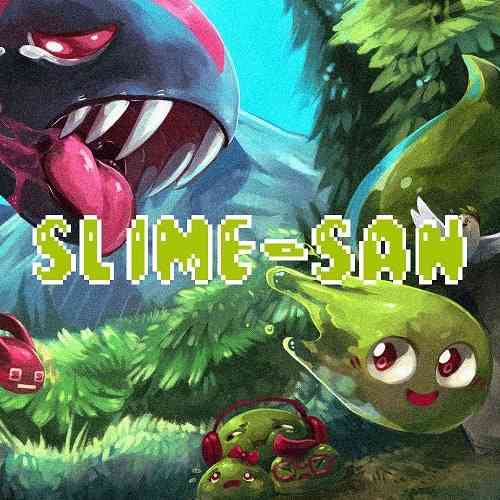