Do you fondly remember games like Golden Axe and Turtles in Time? You know, those side scrolling, multiplayer brawlers that saturated arcades and consoles in the 80s & 90s. If so, do you also yearn to relive those classics through a generic rehashing of that gameplay? If you answered yes to both questions, Sacred Citadel may fit the bill and keep you occupied for a few hours.

Like most beat-em-ups, the story of Sacred Citadel is thin at best. Suffice to say there is an evil force to be conquered, and four heroes set out to conquer it. The game attempts to spice things up with over the top voice acting, but story isn’t really a good reason to consider Sacred Citadel. The objective provides motivation (albeit weak) for the heroes to continue their march to the right side of the screen, and gives a reason for the scenery to change.

What doesn’t really change over the course of the game is how it plays. To be blunt, it’s simplistic and old fashioned. The difficulty level is low, and even button mashers should breeze through the campaign. Combat variety is severely lacking: almost every encounter plays out the same way, and attack variety is almost non-existent. I spent most of the time hammering out the same combo (X, X, X, Y), and the game gave me very little motivation to deviate from that. Control wise things are very sharp, with precise blocking and dodging. My favorite feature might be the ability to roll out of an attack animation with no lag. The easy difficulty can be partially blamed on the precise control – it’s easy to get away from enemies and run circles around them.

Despite the fact that there are four characters to pick from, you’d be hard pressed to tell them apart except visually. They all play essentially identically except for some visual flair, which really doesn’t make sense. Sure, the warrior is slightly stronger, and the ranger has a bow, but in practice it doesn’t make much difference as each relies primarily on melee attacks with identical control and mechanics. I should also mention that there is a 3 player local co-op mode on tap, and can lead to some casual amusement – just don’t ask me why there are 4 characters and a 3 player limit. 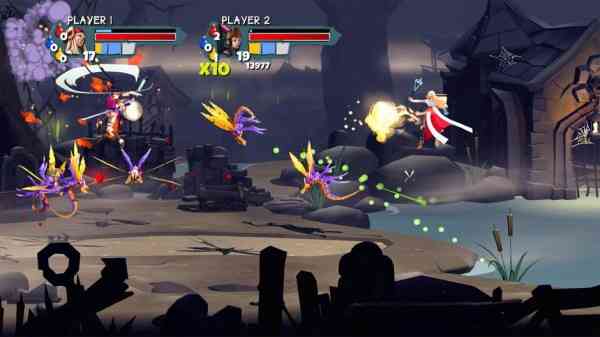 Fortunately, there’s a little bit of a silver lining to be had in the RPG elements of the game. You’ll pick up coins that can be spent in town on powerups and equipment like health potions, weapons and armour, but you’ll also find goodies via random drops. I almost never bought things in town – by and large you’ll find superior equipment along the way, which mostly negates the money aspect of things. Characters also level up, allowing you to allocate upgrade points to categories like attack and dexterity.

From a technical perspective, Sacred Citadel looks flashier than its predecessors.  Everything runs smoothly and pushes lots of effects and particles, but feels like it lacks real distinctiveness with generic design elements. The music is similarly generic, it’s definitely present in the game, but is far from memorable.

Sacred Citadel is a throwback to the glory days of arcades and side scrolling brawlers, but sadly doesn’t really capture the magic of genre classics. It’s technically competent, but suffers from repetition and a general lack of diversity and uniqueness. For those reasons, Sacred Citadel is tough to recommend in this day and age. It might be worth a look for extreme fans of the category, but I’d recommend trying before buying. 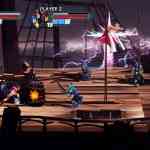 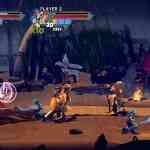 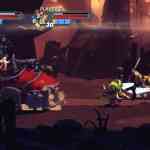 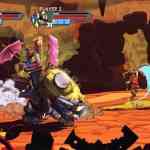 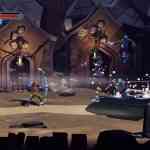 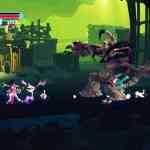