There’s always something super satisfying about progressing past a point you previously found difficult. When we learn from our mistakes and use this knowledge to jump over new hurdles, it just feels good. With Runers, you lose a lot. You’ll die because you picked up those extra hearts by mistake. You’ll get swarmed by a mob and realize you have no knockback. You’ll waste a great rune on an upgrade instead of combining it for a better bonus. All of these little mistakes are going to get in your way from step one, but if you pay attention then you’ll get further and further every playthrough.

In Runers, you’ll be starting a fresh character every time you die. Your job is to take this one life and see how many floors you can make it through while moving from room to room. Using a twin-stick shooter control scheme, the real goal of every encounter is to not get hit while killing everything in sight. This game has a lot of RPG elements, and a lot of room for customization due to the rune system. Players choose a class, race, and beginning spell. These choices net you an activated ability, a passive ability, and your single-rune attack spell. I’d like to add that all of these options and spells are named and have flavour text. It’s something that could have been ignored, but I really enjoyed as it helped establish the world.

The rune system is a lot of fun but can be frustrating. Essentially, you collect runes throughout your journey and use them to create new spells or upgrade those that you have equipped. New spells are created by mixing two or three runes together while you have a two or three rune combiner. It’s a bit of a guessing game at times as to what the newly created spell will do. This led to a ton of experimentation to learn about the different effects and what I like to play with. Spells are very diverse! Close burst, long range, short range with AoE, squiggly patterns, melee, there are just so many spells to create. In the end, I’m a big fan of the waterfall spell which is a mixture of a mind and water rune. This fires out three slim lines that pierce enemies and hit them with a debuff, which was incredibly helpful when fighting against a swarm of enemies. 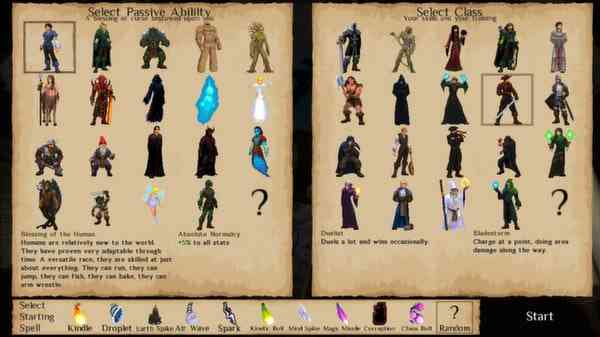 Don’t forget to mix things up! A big key to success was making each spell unique and useful for different situations. AoE for mobs, single target for tougher enemies and bosses, knockback for creatures that pulled you close, etc. You have a spell book that keeps track of different spells you’ve created, and a Runedex that holds recipes of combinations you’ve tried. This is a really nice touch as you won’t always remember how to recreate that awesome spell that got you through three floors with ease. Its counterpart, the Bestiary, fills up with information as you slay all the different types of enemies you’ll encounter as you delve deeper. It can tell you how much experience each unit gives you, what type of attack they use, and how much health they have. The only major thing lacking is a nice visual of each enemy’s attack, sort of like the spell animation in the Runedex. There’s a bunch of white space in each little box of information which easily could have been used for this.

There are other flaws of course. At times, the random element of the game is just a tad too much for my liking. Sometimes on a run you’ll have tons of health drop, more than you can use. Next time? Maybe a couple hearts for two full floors. Just because you only have one life doesn’t mean the game has to be so punishing either. There were a few times where I would spawn in a room, only to be instantly swarmed with no way of escape on the second floor. Should I have been prepared? Probably, but how can I prepare for that if only three runes have dropped by this point? There’s a difference between teaching someone a lesson and beating them with an unfair advantage. 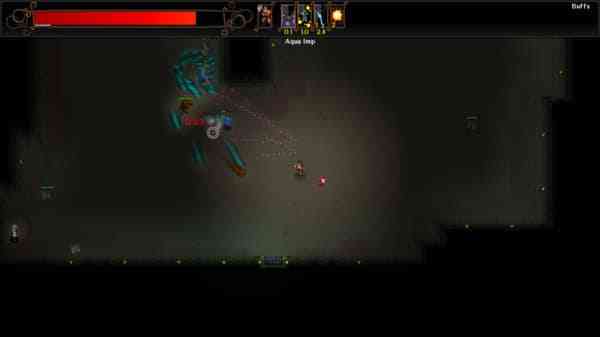 Another slight problem I had was with the controls when using a gamepad. I’ve played quite a few twin-sticks in my day, and have never had quite as much trouble using a controller as I did this time around. It’s probably just because of how varied the spells are, but a mouse and keyboard ended up being my go to choice instead. I also liked the visual representation of the reticle when using a mouse as opposed to the green line you get when using a controller. The reticle felt like it fit the theme and setting, while the thin green line just sort of stuck out like a sore thumb. I’m not exactly sure why I had as much trouble as I did, but something just seemed off when I wasn’t using a keyboard.

Overall, I enjoyed Runers a lot. It reminds me a bit of Rogue Legacy, Risk of Rain, or The Binding of Isaac, and fans of any of those titles should at the very least check it out. Roguelikes always hold a strange place in my heart because while it feels exhilarating to have that great run where everything just works, it’s so incredibly heart-breaking when that run inevitably fails. Runers will certainly test your patience, but it’s kind of like a big puzzle for which someone has conveniently left you a giant tool kit but no instructions. Good luck!