Ruined King: A League of Legends Story by Airship Syndicate hits the mark while avoiding anything toxic team chat related. You may know Airship from Battle Chasers: Night War or Darksiders: Genesis, both equally good games.

Coming off the high of the fantastic Arcane series on Netflix, I was craving anything in the League of Legends universe that wasn’t actually League of Legends; I’ve had my fill of toxic teammates nearly a decade ago when it launched on the MOBA scene. Now that Riot is making tonnes of League of Legends games in other genres, those of us who lapsed can enjoy the universe again at a speed more in tune with pve over pvp. 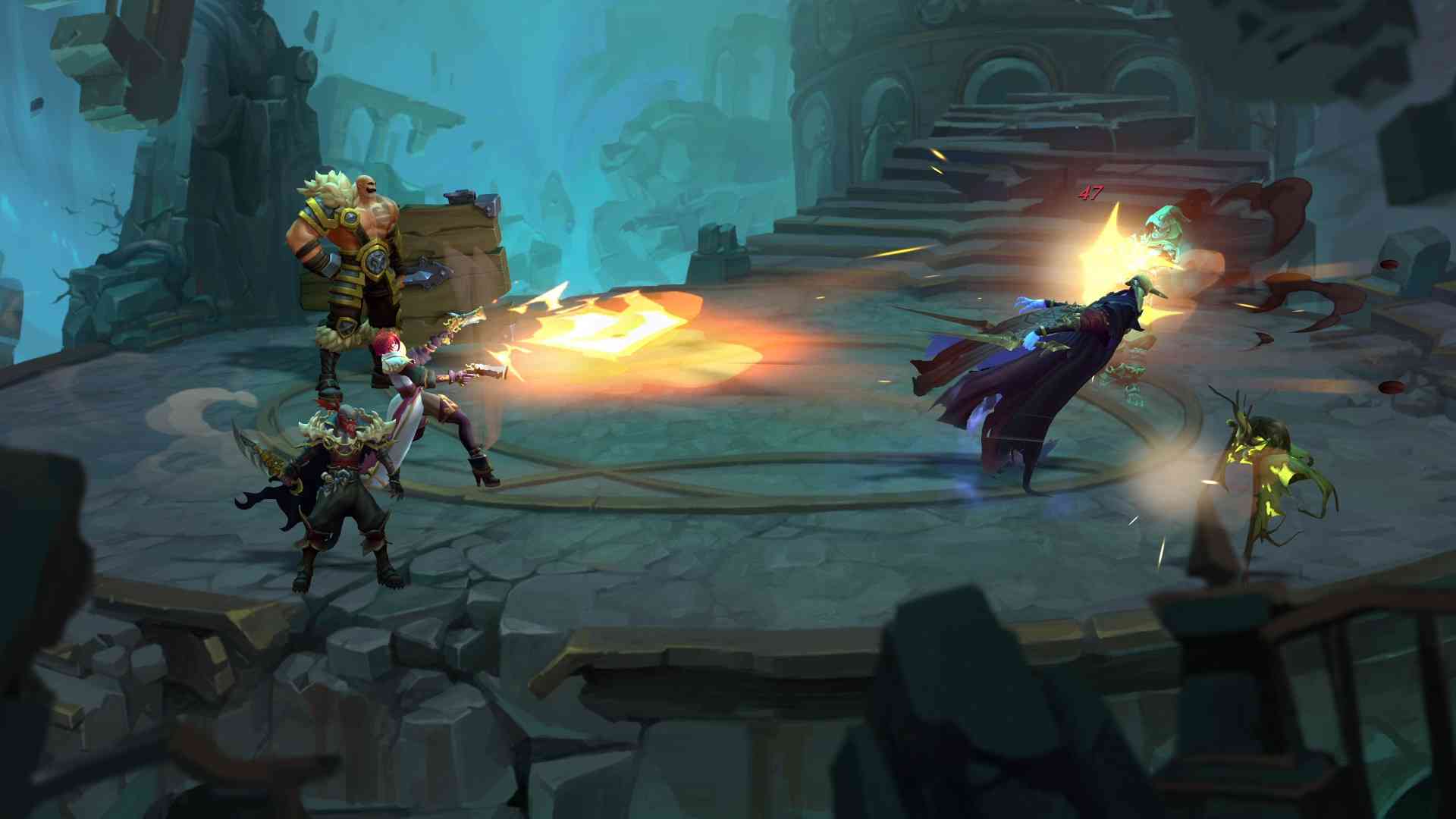 What surprised me is Ruined King is more a sequel to Battle Chasers than I initially expected. Granted it’s not the same universe or story, but mechanically it feels like the next evolution in the series, so if you liked their first turn-based RPG you’ll be right at home and happy here.

Unlike Arcane’s tale between the nation of Piltover and Zaun, Ruined King takes place mostly in the pirate city of Bilgewater. Without any major spoilers, the story kicks off with Miss Fortune and the aftermath of her battle with the legendary and dangerous Gangplank. From there it’s set up that a crisis of a nearby shadow island needs dealing with – a perfect opportunity to bring in a variety of League champions to spice up the story and the gameplay.

The game is visually a stunner, using an art style that reminds me of early WoW mixed in with some Torchlight for good measure. The color palette is varied and champions and foes come to life through fully voice-acted scenes and plenty of zoom in on the battlefield. It’s never been cooler to attack with Miss Fortune.] 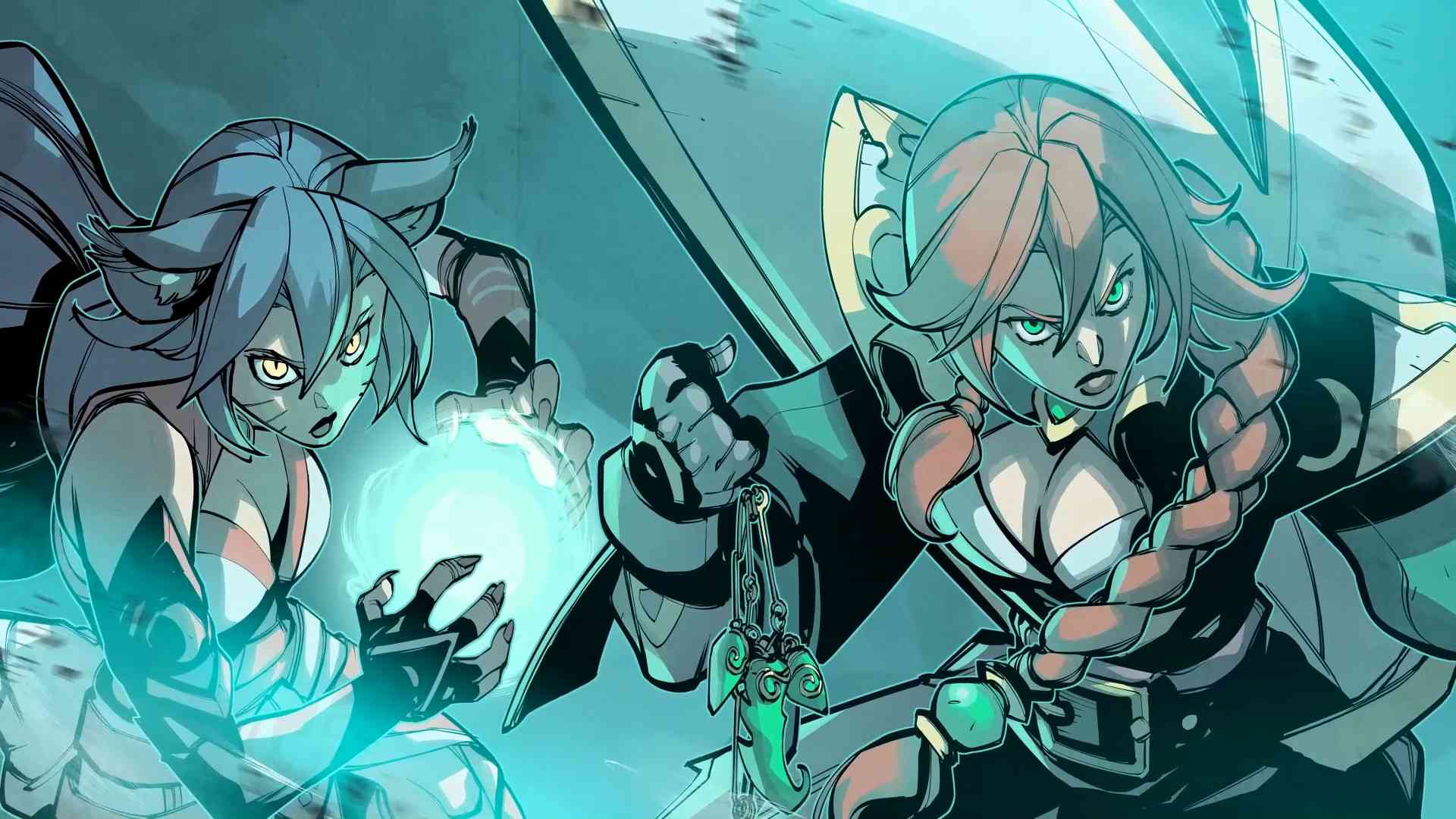 Gameplay is very similar to Battle Chasers: Nightwar. There are towns and dungeons to explore, items to find within, and simple puzzles that need to be solved. In town you’ll find NPC’s that offer sidequests and vendors who have the upgrades you need. Gear in Ruined King is interesting as there aren’t always clear upgrade paths and you’ll want to consider trade offs depending on how you’re speccing your heroes. Do you want defense over attack power? More dodge instead of crit chance? It’s all up to planning, which makes the item meta game enjoyable as opposed to the usual buy and replace most RPGs do.

When you’re exploring the dangerous dungeons you’ll be getting in lots of fights, and this is the area Airship has most improved since Battle Chasers. While still a turn-based affair, there’s now a clear turn order that can be manipulated, and manipulating it to your advantage is critical in some of the game’s tougher boss fights.

Each champion at your disposal has instant abilities and lane abilities. Instant work how you’d expect, they happen in the same space as their turn is up. These are often basic attacks, defending to reduce damage, or spells like taunt to get aggro on a group of baddies. Lane abilities are Ruined King’s bread and butter and where you’ll be doing most of your thinking. 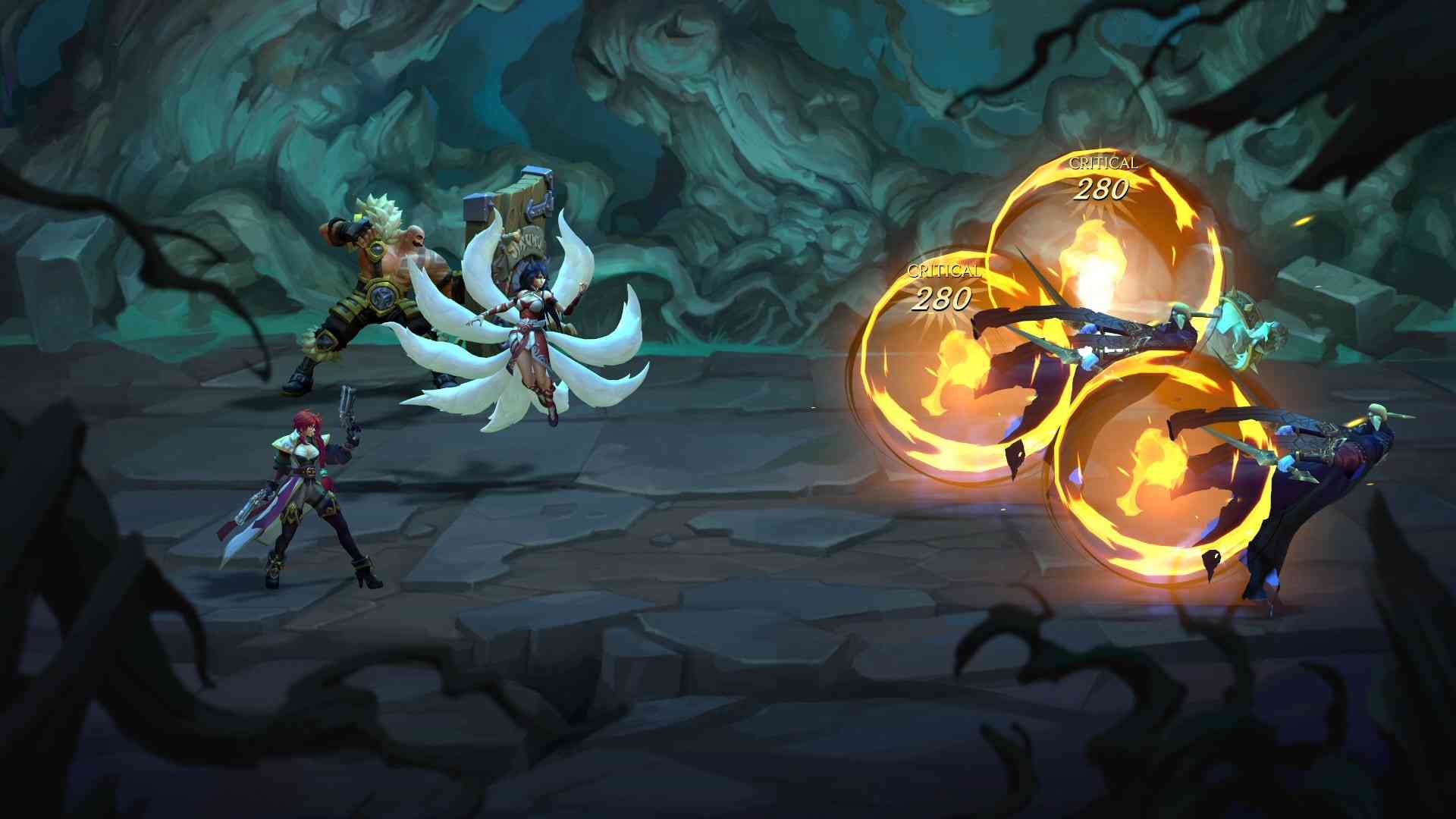 There are 3 lanes to consider: speed, normal, power. The speed lane shortens the wait for your hero to activate said ability, albeit with reduced damage or healing power. The normal lane is neutral; the power lane takes longer to execute the ability but also ups the damage quite a bit. Which lane you pick for an ability will change the turn order around, putting you either in front of or behind the enemies.

For added complexity, buffs or debuffs can appear in these lanes. They’re represented as boxes you’ll want to get your hero to land in or avoid all together. Timing a lane ability to not only kill an opponent but get your hero a much needed haste buff is wholly satisfying and rewarding. Mastering it takes a bit of time but makes the time between turns consistently interesting as you’ll want to be watching the turn order very carefully and timing abilities that can push enemies into or out of these zones. 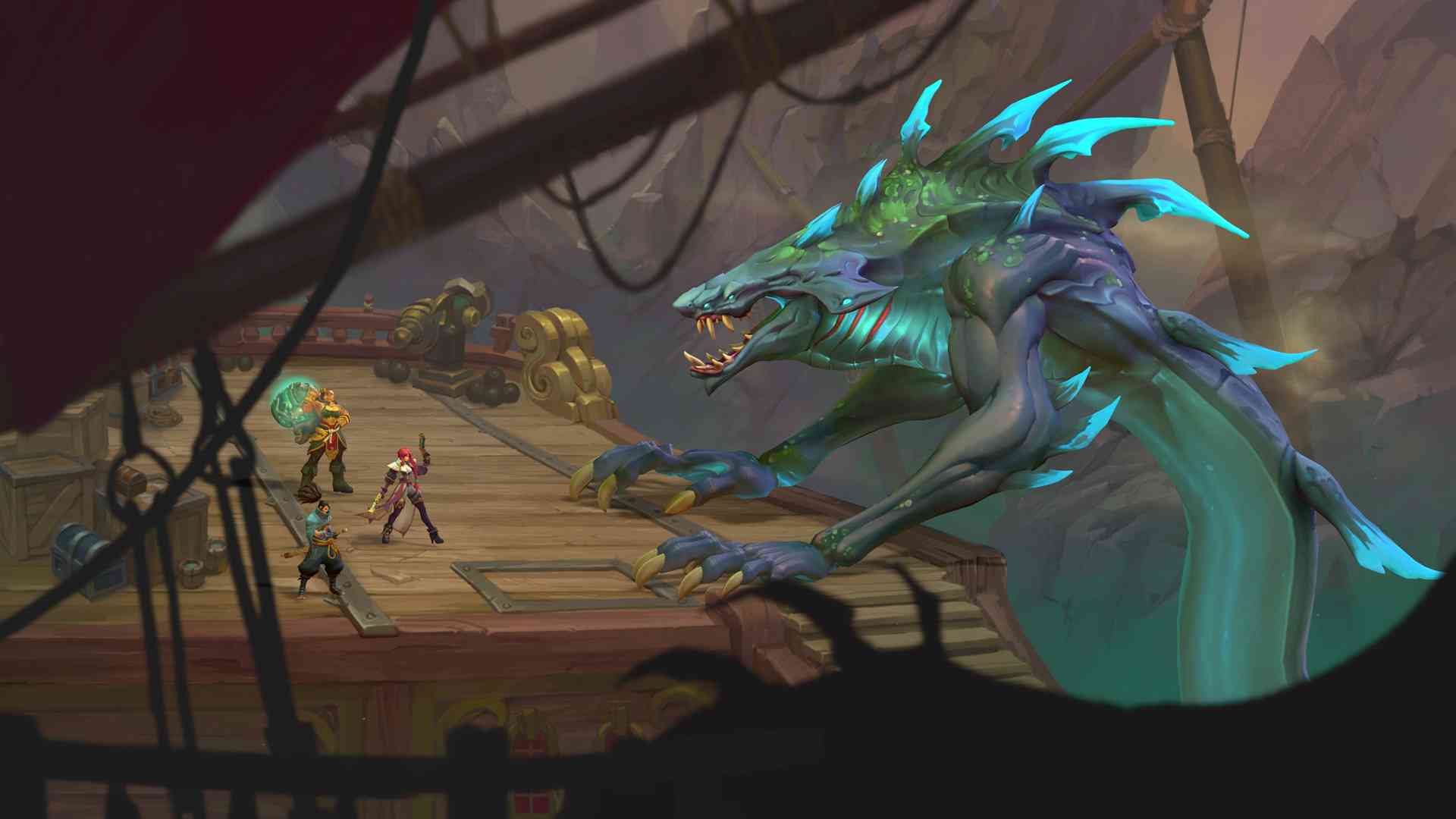 Each hero also has ultimate abilities that are a shared meter between the group. Some ultimates League players will spot right away.

The only caveat of Ruined King is the pacing. Things take a while to get going and it’ll be hours before you’re rocking with a full party. Hours more until they get some interesting abilities. Dungeons, too, can often be too simplistic. A switch here, a turn of a dial here, and you’ll know what to expect. That’s not to say there’s no interesting twists. A favorite of mine involves a sniper and your party taking cover to fight. Fight in the open and you bet the sniper will be taking shots at your whole line up. 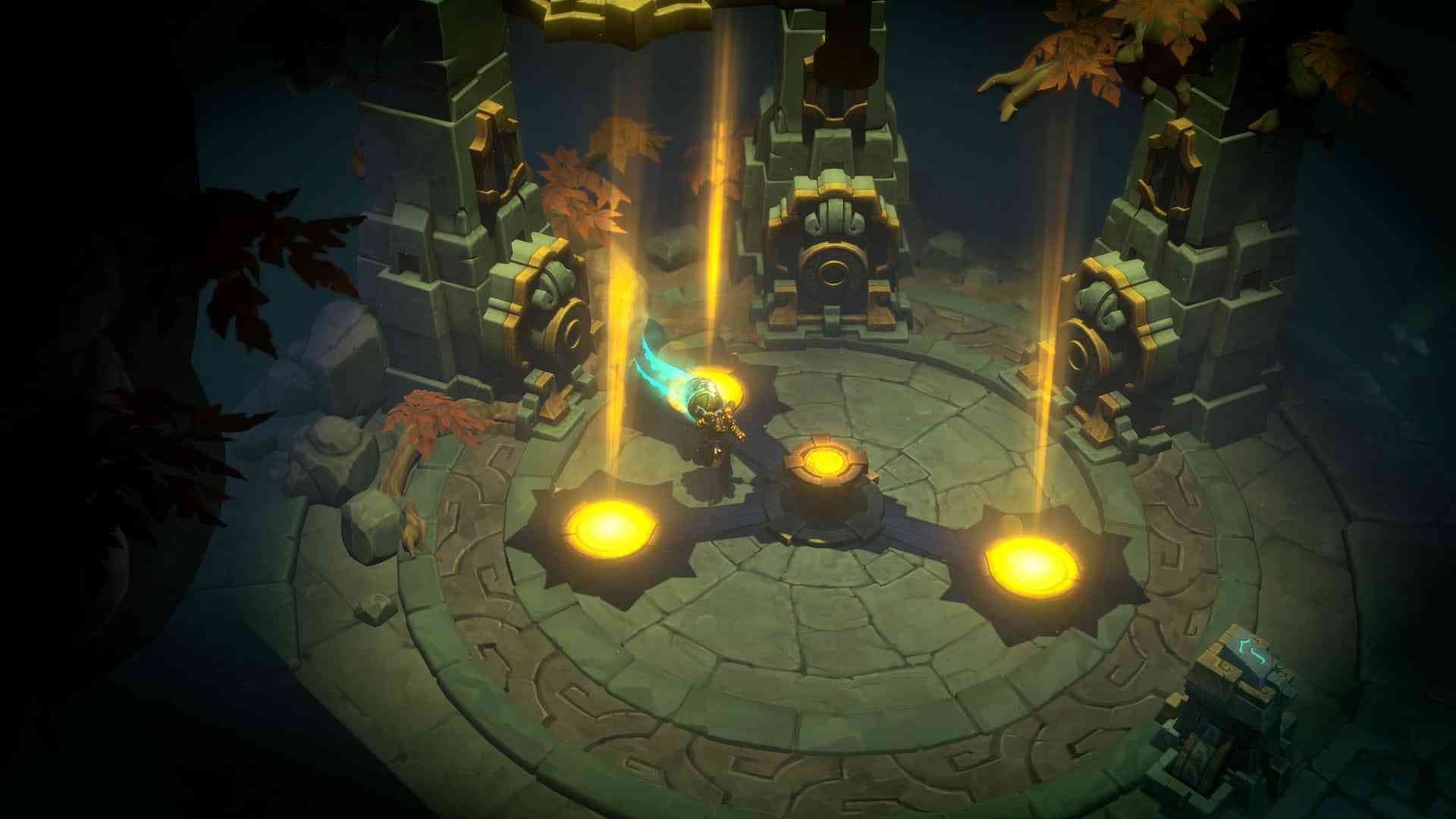 You can rest like Dark Souls that will refill your heroes HP and mana, allow you to buff up through shared meals. While resting you can enjoy some side conversations between the group to expand the story.

Overall I’m enjoying Ruined King. It’s at a reasonable price point, packs hours worth of content, and explores a well known area of League’s lore in a fresh way. The icing on the cake is speccing and leveling up your favorite champions. It’s fun seeing how overpowered they can get.

If you crave more after Arcane you’d do right by Airship Syndicate’s latest RPG outing. Even if you aren’t a League aficionado, you’ll feel right at home here it’s friendly to new players. You’ll just notice a bit more fan service here and there if you’re familiar with the universe. 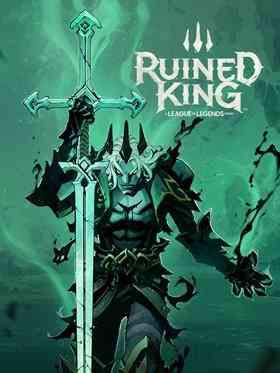