Have you ever wondered how a banana with bear claws would fare in battle? Or perhaps a pink chicken using a ham hock as a hammer? These were burning questions in my mind too before I got my hands on Riverbond. Indie developer Cococucumber offers up charmingly simple gameplay, with an easy to grasp stop and go game design. You and up to three friends can team up in local gameplay to hack and slash your way through eight stand alone dungeons, all the while experiencing some interesting level design, and truly enjoyable character skins. Expect to see some of your favourite characters from other games, as there are lots of crossover skins. Shovel Knight makes an appearance, Bullet Kin from Enter the Gungeon, Raz from Psychonauts, and many more. The game also utilizes randomly generated aspects, offering a unique experience each and every time you pick up the controller. While this randomness is limited to loot you will find throughout the game, it provides a drive to search and explore for those ever revered treasure chests to find your next ridiculous tool of destruction.

The Riverbond mission is simple; you are a hero born from the Great River, and you must defeat the darkness that is spreading over the land. While the main plot takes a definite backseat in this dungeon crawler and makes little difference to the overall gameplay, the writing is humorous, and you can tell someone had fun with this one. Clever character names like Ham Solo and Johamm Sebastian Bach stuck with me, but I never found myself giving much care or attention to the main story. Collecting coins and jewels are your main goals as you traverse the levels, but these only increase your overall score for the level, and I kept wishing there was a bit more added depth with this scoring aspect of the game.

The Riverbond gameplay is just as you might expect, mow down the enemies as quickly as possible, and complete your simple quests. While typically I might mention avoiding death as a core goal, in Riverbond there’s no noticeable downfall to dying. Even mid-battle with a dungeon-ending mega-boss, I was surprised to spawn back in exactly where I left off, which felt a little disappointing. With only one special ability, which is maintained across every character, there’s no opportunity to build up skills, or create any discernible strategy. Without the possibility to dive into character progression, we are basically left to focus more on the visuals and the gameplay. With a group party game such as this, I feel like this is absolutely acceptable, as it lets you jump in effortlessly and you can begin to enjoy the carnage right away. 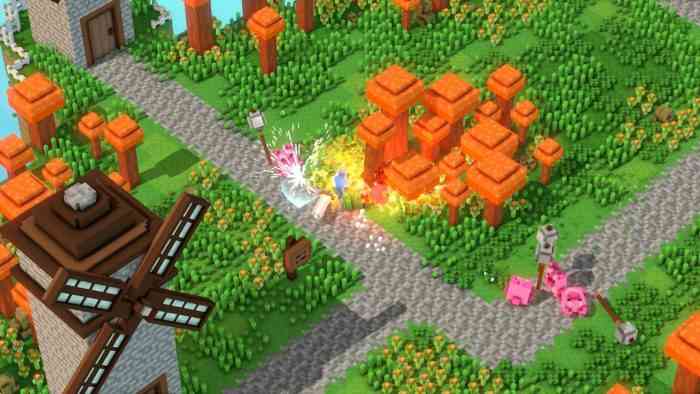 The RPG player in me would have appreciated some simple quality of life changes, like the ability to organize weapon slots or view the strength of a weapon, but I can appreciate the quick, fast paced multiplayer gameplay the developers were shooting for. Playing through Riverbond solo was a bit strenuous at times, as this style of game pleads to be played with a few friends on a Friday night, but I still felt engaged enough to find myself wanting to jump into the next level. The level difficulty gradually increases as your progress, and by the end I was having a tough time on my own, wishing I had a friend or two to back me up.

Each of the eight dungeons has a similar layout with the same style of quest objectives but is set in a distinct environment with a new tune to go along with it. Fighting off parrot pirates, polar bears with laser guns and little piggies certainly adds depth to the light-hearted nature of the game. I found the overall style of the of these separate, Minecraft-esque worlds to be quite different, awe-inspiring and visually pleasing. The art and sound design showcased in the game are high points for me personally, and I found the music simple, but fitting. Defeating a dungeon boss finishes with a slow motion explosion of pixels and colour, getting you amped up to take on the next one. 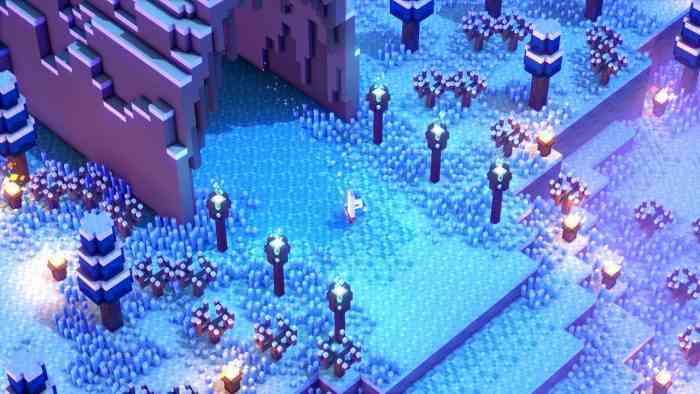 While I wish I could have experienced Riverbond with a group of four friends to its full potential, I still managed to get a lot out of the game and I enjoyed the silliness the creators had intended for their players. At this price point I could certainly recommend the game for a party with friends, as there is much fun to be had with just the crazy weapon designs and plethora of character skins available, but I would be hesitant as only a solo gamer. The fast paced gameplay, mixed with the interesting visuals is sure to please a crowd, but don’t expect to get in too deep with the story, as it is only meant to give slight purpose and context to the hacking and slashing that ensues.

**Xbox One code provided by the Developer** 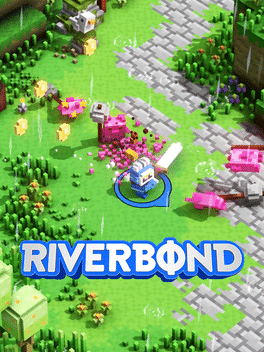