Remember Me is an interesting concept. The opening sequence is a promotional video for the company “Memorize” which has created a technology that has commoditized people’s memories. The idea of being able to upload and share memories is thought provoking. Everyone has moments in their life they wish they could watch like a movie, or has wondered exactly what their partner or friends think of them. This technology would allow total access to every corner or a person’s mind, and of course the amount of abuse that can stem from this is endless. This is where Remember Me gets interesting.

The game takes place in the not so distant future in Neo-Paris during a time where the world is addicted to memories. They are used as tools, weapons, and even drugs. Every person has a SenSen. This allows people to accesses their memories and can be manipulated and controlled by skilled agents. The main character is Nillin, a memory hunter with the ability to hijack and “remix” memories, changing a person’s entire outlook on life. Fearing her ability to manipulate minds, the evil Memorize corporation wipes her memory. She escapes the Bastille criminal fortress, inspiring the beginnings of a revolution to free the world of the clutches of technology and the corporation responsible for it. 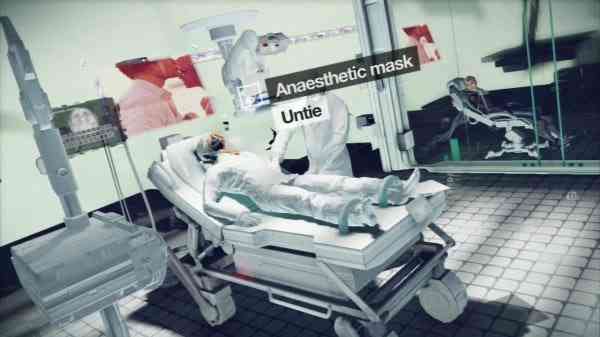 I don’t want to give too much of the storyline away but the game’s success is due largely in part to the strength of the female lead. The voice acting on her part is very good despite some clunky dialogue with other characters. I became interested right away and I found myself wanting to learn more about her past and discover why she was important enough to have her identity erased by the government. It’s an interesting dystopian society that draws from many social political issues happening today and there are many cool ideas that are presented. It’s satisfyingly created but the feeling I got playing this game was that it’s just not quite where it could be. That being said it was a fun and thought provoking six hours and during the really good parts I found myself thinking, “Wow, this would make a really cool movie.”

The gameplay is pretty solid with a decently balanced mix of combat, platforming and light puzzle solving. The storyline is quite linear allowing little access to explore the environment, and there really isn’t much incentive to do so even when you can stray off the beaten path. It’s almost impossible to get distracted from your objectives as you are guided along by bright orange arrows that show you where to go next. Your SenSen provides a Google Glass-like interface that allows you to sync and overlay information while communicating with your partner Edge who guides you along to your next mission. It’s helpful but at times it feels like you aren’t in control of yourself as you’re given a task and you have no choice but to complete it.

The combat is customizable and it is one of the things that caught my interest. You can create your own combos using interchangeable “pressens” that each have their own type of ability. For example, if you’re low on health you can make a chain of health replenishing moves or if you’re fighting a particularly difficult enemy you can load up on super powered moves for maximum damage. Although I enjoyed this feature I felt it was hindered by the jerky fighting from your enemies. They often jab at you during the middle of a combo breaking your streak and preventing a smooth attack. There is a lot of fighting that doesn’t always seem to serve the storyline too. I would have liked less fighting and more focus on exploring and learning more about the world. The most interesting aspect of the game is when Nillin alters or “remixes” a memory to turn a person’s perspectives in her favour, but these events are few and far between. 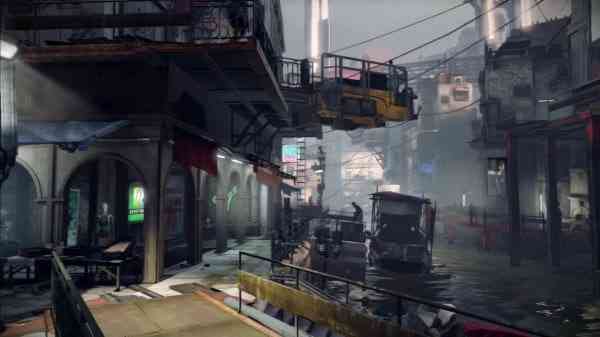 I wouldn’t say the graphics are groundbreaking by any means but a lot of detail went into the city environments that made walking around interesting. Neo-Paris has been built up on top of old Paris, creating a subterranean slum level full of gaudy neon signs, leaky alleyways and seedy storefronts. As you move along the rooftops you get a full view of the city allowing you to see such famous landmarks like the Eiffel Tower surrounded by futuristic skyscrapers, drones and surveillance. The light filters through the grimy windows nicely and the dark, drippy underground tunnels have a nice feel to them. The holographs and projections are a bit flat, lacking the polish seen in other games or movies with stuff like this but they serve their purpose well enough. Character expressions are nice but not outstanding. All in all, graphics are solid but underwhelming for something being released a few months before the next-gen consoles release.

The sound effects are good, full of the hums and buzzes of a world controlled by and addicted to technology. The NPC dialogue as you walk through slums and markets are full of interesting tidbits and the soundtrack adds a cool neo-punk techno vibe, especially in combat. Nothing stands out too much as far as audio, but there is always sound to fill the space and a good soundtrack to add to the emotional or thrilling parts of the story.

Remember Me offers nothing new as far as gameplay goes but it has an interesting concept that parallels many of the things happening now in our technologically obsessed social media culture. How much would we be willing to sacrifice for the convenience and exploitation of technology? Would we allow Big Brother to exist as long as we got to indulge ourselves in happy memories and the ability to forget the things wrong with the world? There were definitely some parts the game that made me think about how I would choose to live in a world like Neo-Paris but the final impression I got was that a good director could make this a really good movie. At the end of the day I feel that Remember Me just isn’t worth the full price of admission given the new price of $59.99, but it is definitely worth a play when it goes on sale or if you can find it used for much cheaper.