Throughout my playthrough of Randall, a 2D side-scrolling action platformer from We The Force Studios, I kept waiting for the moment that the game’s mechanics and story would really click together. Unfortunately, it had a constant sense of incongruity that persisted until the credits rolled, and I realized that the most memorable parts of Randall were the periods where I was most frustrated with it.

Even narratively, Randall does not do a lot to endear itself to its audience. You play as the titular protagonist, a supposedly powerful telepath of great strength and skill who awakens in the strange city of Nook with no recollection of how he got there. Nook is ruled by a totalitarian mining corporation who has enslaved the population by controlling the only remaining fuel source, as well as strange mind control techniques. You are quickly recruited by the local resistance to punch, jump, and telepathically dominate the menacing overlords and end their garish rule over Nook.

It may be silly to complain about a video game’s generic or clichéd premise, but it doesn’t help that most of that is told through extremely short exposition cutscenes. What’s worse is that Randall’s appearance here is not adequately explained, nor is his character ever developed in any way. The main villains are one-dimensional, NPCs only exist when the plot requires them to move you to the next area, and their minor contributions is most of what the game has to offer in terms of world-building.

“As for the actual gameplay, We The Force clearly tried to put forward some creative ideas in terms of combat and platforming.”

Now, according to the press material, Randall has “a touch of schizophrenia” which is problematic on a couple of levels. First, this is not pointed out in-game, so when Randall almost immediately begins having full-blown conversations with some disembodied and frankly rather obnoxious voice, you are left wondering what the hell is going on. Secondly, it seems like a weighty and serious subject needlessly added to game that, for the most part, doesn’t seem to take itself, or that subject matter, very seriously. It’s used primarily as an excuse for Randall’s alter ego to be repellent for the sake of comedy.

As for the actual gameplay, We The Force clearly tried to put forward some creative ideas in terms of combat and platforming. Much of the latter involves dodging environmental hazards, and instead of going the “one button jumps over everything” route, Randall has specific controls to dodge specific hazards. If he needs to jump between electrified wiring on the floor and roof, you hold L2 and press X to perform a dodge-roll. Holding R2 while jumping can force Randall to grab onto hanging cranes or notches on a wall. 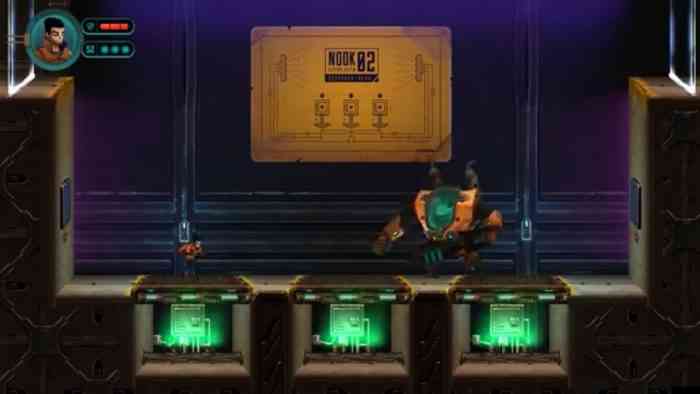 Randall can also execute directional combat to beat up foes – punch upwards to launch them in the air, hold down while attacking to trip them up, and press L2 to separate one enemy from a clump so you can focus your attacks on him. Later in the game Randall also unlocks his telepathic abilities, which gives you a short period of control on enemies for both combat and minor puzzle-solving.

Unfortunately, those mechanics don’t gel very well together and are often very clumsy. Facing multiple foes at once, for example, can get frustrating. The game wants you to separate them by grabbing one and pulling him aside, but this just opens you up to attack from both sides. Performing a combo of more than three moves will prompt Randall’s health to regenerate, which is great in theory. However, some of his moves – such as his areal attack – actually stop your combo meter, which means I would often inadvertently stop my health from regenerating at a crucial moment.

“Where Randall shines, if dimly, is its visuals.”

The platforming mechanics seem inventive as well, but it quickly becomes evident that they are unpolished and floaty, which means you’ll often land where you don’t mean to, need to dodge-roll at the exactly correct pixel to skip hazards, or your character won’t grab hand-holds because you were a millimeter too far to the left. The boss fights are unforgiving, which is a great challenge when a game’s mechanics work smoothly, but in this instance, they often became wars of attrition where I would be forced to repeat the fight until I completed it in the exact sequence demanded.

Where Randall shines, if dimly, is its visuals. The game uses vibrant colors, distinct urban environments, and cartoonish character designs to bring the city of Nook to life. There are propaganda posters for the evil corporation in every corner, and the environments all have an industrialized and lifeless aesthetic to them, reinforcing the idea that this city has been overrun by a corrupting force. It’s unfortunate then that the game suffers from some serious framerate dips and persistent screen tearing throughout. The audio also doesn’t have much grace. The music varies from bland to painful, especially during boss fights where screechy dubstep is played on a loop. 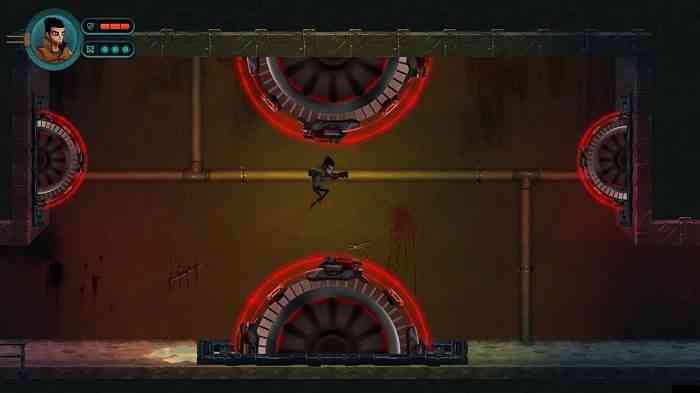 Whether it was the shoddy writing, non-existent character development, the floaty platforming physics or the combat mechanics that are often at odds with themselves, Randall is the kind of game that is no more than the sum of its parts. Unfortunately, that sum does not add up to a memorable experience 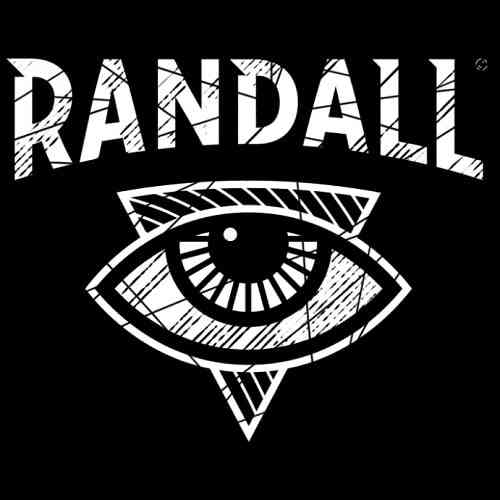 Developer: We the Force Studios

Publisher: We the Force Studios