When EA and Pop Cap revealed Plants vs Zombies: Garden Warfare at E3 back in June of 2013 I’ll have to admit that I was counted among the skeptics. Not only that I was surprised to see that a mobile game that was more based on a tower defense sort of model was making the leap into the world of multiplayer third person shooters. Sure, it was colourful and looked absolutely hilarious but that didn’t mean it would translate well in the end. After diving into the game this past week I’m delighted to say that I was dead wrong. In the transition from mobile to console Pop Cap paid the proper respect to its characters and made a game that is absolutely a blast to play. It may not be your garden variety (see what I did there) shooter but don’t count it out as a game worth playing.

At a discount price of $39.99 I’ll be honest and say that if they had charged full price for this title I likely wouldn’t have been surprised. Shipping with eight maps to start and with plans to offer free map DLC EA is going against the grain of their usual model by a long shot. You know the model I’m talking about right? The day of release there are 30+ DLC options for costumes, unlocks, and boosts all at the low, low price of one to five bucks. If you were to go to the store today you wouldn’t be able to find a single piece of add-on content yet. Well isn’t that refreshing? Considering that it’s an easy cash grab I’m not only surprised it isn’t there but also glad to see that the store isn’t cluttered up with even more garbage. 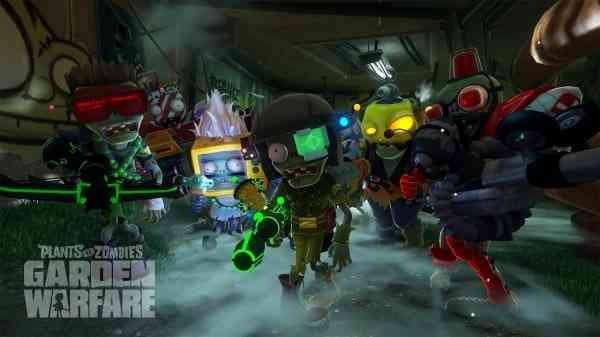 You’d likely be hard pressed to find someone with access to a smart phone who doesn’t know the original Plants vs. Zombies. This familiarity is sure to draw in many more casual gamers into a genre that they might know nothing about. Luckily the game itself is easy to grasp and with varying classes on each side of the fight no one should have trouble finding a character that suits their play style. Both the plants and the zombies have four characters available at the outset of the game and with differing abilities available to all of them it makes the battlefield a hilarious and chaos filled action fest.

Starting with the plants your four basic classes are the Peashooter, Sunflower, Chomper and Cactus. For the initiates the Peashooter is a fast moving soldier who shoots pea pods that also drop splash damage so even the worst of shooters will do some damage. The Sunflower is your healer who can heal team mates while on the run. Not only that the Sunflower has a fairly powerful sunbeam at its disposal too for defense. Chomper is a blast to play as it burrows underground taking unaware zombies by surprise and gobbling them up from underneath. Finally the Cactus is your long range sniper that shoots spikes from a distance, which is a good thing because speed is not the Cactus’ strong suit. Not only that the Cactus has a drone that can be deployed to do damage from above.

On the zombie side your four basic brainz eating baddies are the Foot Soldier, Engineer, Scientist and All-Star. As with the Peashooter for the plants the Foot Solider is your go to if you’re new to the shooter genre. Rocket boost jumps to get to elevated positions, a quick shooting machine gun and a ZPG rocket weapon makes him a fast moving force for the dead guys. The Engineer, with his plumber’s crack hanging out in the breeze, rides around with his jackhammer pumping and has a drone ability reminiscent of the Cactus for the plants. The Scientist is the zombie healer who can plant a healing hydrant in one spot where team mates can run to for boosts. He also has a teleport ability to zap himself out of harm’s way all while firing away with his shorter ranged shotgun. Finally we move to the All-Star zombie. The football jock tank for the zombies sports a football launching gun that does devastating damage, especially up close, and is equipped with a tackle charge and deployable exploding fan imps that are hilarious. 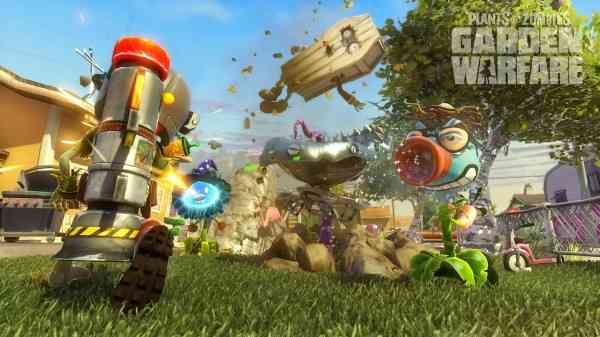 These abilities are just the tip of the iceberg though as the game offers up an insane amount of unlockables for players to chase down. If you happen to be a child of the 80’s you’re likely to remember the old Panini sticker books you could get. You could by packs of stickers, much like you would a pack of hockey or baseball cards and attempt to fill the collectible sticker book up. Garden Warfare cleverly takes this model and applies it here in a fantastic upgrade system. Your characters will all level up as they accomplish in game objectives and you’ll also earn coins for all of your actions as well. You can use your coins to open blind ‘sticker packs’ that range from 1000 coins to 40,000 coins that offer up cosmetic changes such as weapon skins, tattoos, taunts (these are hilarious by the way) and accessories as well as upgrades to special abilities and pieces of other character skins that unlock once all of the pieces have been collected. The number of stickers available to earn is high… in the 1000+ range so it’s safe to say that you’ll be busy for a while if you’re an over achiever. Be prepared to put in a lot of time.

Also available in the sticker packs are consumables that you can use in some modes to help bolster both your defense and your offense. For the plants they’ll find empty pots on the field in which they can plant healing flowers, peashooters, scaredy-shrooms and more. Zombies will come upon burial grounds where they can unleash minions such as browncoat or buckethead zombies. Even though the games are only 12v12 it often feels like a lot more with all the extra firepower on the field. 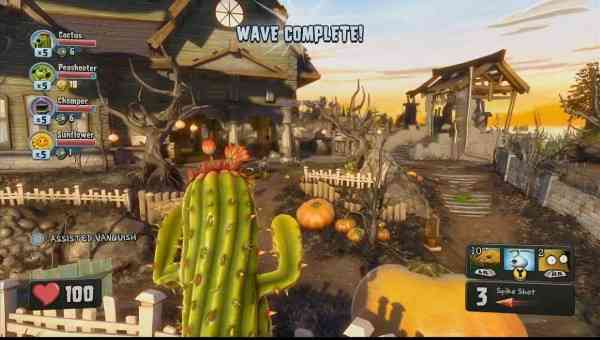 There are only three modes available to play on eight maps, which along with the lack of any sort of single player campaign, is the most likely reason for the low purchase price. As always there will be complaints about the lack of single player but the game succeeds fine without it. Bright and colourful the maps are all very well designed offering hiding spots and elevated sniping positions for those who want it and open run and gun space for those who prefer to keep on the move. First up is Garden Ops, a Horde inspired 4-player co-op mode, that has the Plants defending their garden against increasingly difficult waves of Zombies. Next is Team Vanquish, which in any other game is known as a Death Match, and the first to 50 takes the prize. It would be nice to customize this and increase the final kill count though as it’s surprising how quickly these games can end. The last mode, and easily my favourite, is Gardens and Graveyards mode which sees the Zombies trying to take over seven of the Plant’s gardens in a map. It’s great fun and has the potential of running a good length if the Zombies are successful at capturing the gardens. For Xbox One players they also get a split-screen Garden Ops style co-op mode and a Boss Mode that utilizes SmartGlass and gives the player an overhead view of the battlefield where they can drop in reinforcements and call commands to their team mates.

At a purchase price of $39.99 Plants vs Zombies: Garden Warfare is easily the most lighthearted approach to a shooter anyone has ever seen and you’re getting an immense amount of value for your hard earned dollar. It is rich in depth and despite its often cheery exterior it is a top notch third person action fest that many gamers may have written off. Let me be clear that PvZ offers plenty in regards to tactics and skill and in my opinion I’ve enjoyed this more than any recent CoD or Battlefield game for its refreshing take on what some could argue is becoming a tired genre. 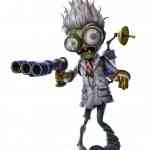 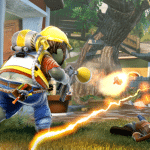 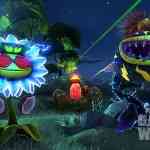 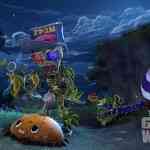 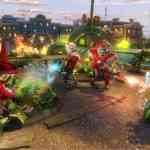 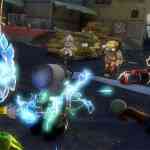 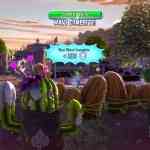 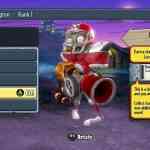