I have a lot of history with the first installment of the Prototype series. I was a late adopter of the the Xbox 360 console, having bought my first system in 2009, roughly 4 years after it’s launch.  Prototype, an action-adventured sandbox title developed for all three platforms by Radical Entertainment, was the first game I ever bought for the system.  I fondly look back at the countless hours spent fighting hordes of raging infected as Alex Mercer, the main protagonist, in an attempt to push back and eradicate the biological plague known as Blacklight from spreading throughout Manhattan.   I enjoyed the game immensely, it was a great introduction to a new generation of gaming consoles.

Now, a few years later, Radical Entertainment has delved into the series once more with the release of the long awaited sequel, Prototype 2.  Unfortunately, its PC counterpart launched almost 3 months after the sequel’s initial April release on the Xbox 360 and Playstation 3, making it more then a little late to the party.  However, the long wait was not in vain as the ported version of Prototype 2 makes a successful transition from consoles to PC, offering superior post processing and improved visuals, as well as excellent support for both the controller and the keyboard and mouse. The PC version easily holds in own amongst it’s console brothers, which is an accomplishment considering the track record of PC ports for 3rd person adventure games. 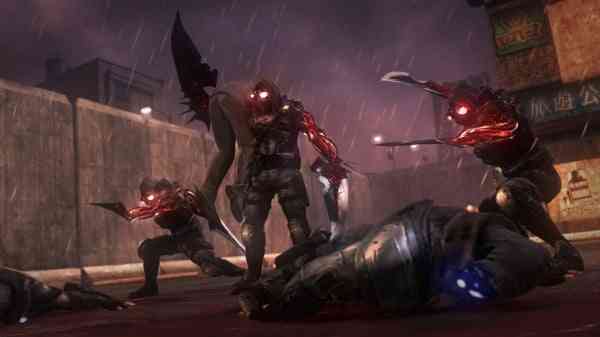 Prototype 2 changes things up a little with a change of cast, setting aside estranged ex-Gentek scientist Alex Mercer as the protagonist for someone new.  Instead, you find yourself donning the mantle of Sergeant James Heller, recently returned from a tour in Iraq after receiving word that his wife and daughter were killed by infected civilians. The “Mercer Virus” has reappeared, stronger then ever, and has been unleashed by an unknown source upon the citizens of New York.  Absolutely crushed from the news, Heller returns to the quarantined city and re-enlists with a strike team headed for the Red Zone, where Mercer, painted by the media as the cause for the second outbreak, is supposedly hiding.   It doesn’t take long before Heller finds his pray amidst the chaos and attacks him, only to be easily subdued and infected by Mercer with a special strain of the virus, imbuing James with the same mutant powers as Mercer himself.   With many questions still unanswered and Mercer still on the loose in New York, Heller makes use of his new found abilities to hunt down the truth about his families death, and will stop at nothing to get his revenge.

This is where the open world of Prototype 2 begins, and also where it shines.  Heller is now an unstoppable demonic force loose in a military controlled Manhattan, his arms transformed into devastating biological weapons that can be manipulated and shaped at will.  The variety of attacks and maneuvers at his disposal may seem overwhelming at first, but controlling Heller is extremely fluid and responsive; substantially improved from the first Prototype. Rarely do games like this manage to empower players with the feeling of incredible strength and mobility, but Prototype 2 accomplishes just that.  To Heller, scaling towering structures and tossing around monsters and tanks like rag dolls will become as trivial as child’s play.

The environment features a wide range of destructible objects, weather effects and smoother animations and actions for Heller and NPC’s alike. Each military occupied zone you encounter projects a convincing scale of depravity and destruction, from the green zone’s relatively untouched city streets to the completely infected red zone, shattered and overrun with the Blacklight infestation. There are, of course, a few pitfalls in Prototype 2 – like the poor targeting system during combat and getting stuck on geometry while traversing the city; but it’s rarely encumbering, and hardly game breaking. 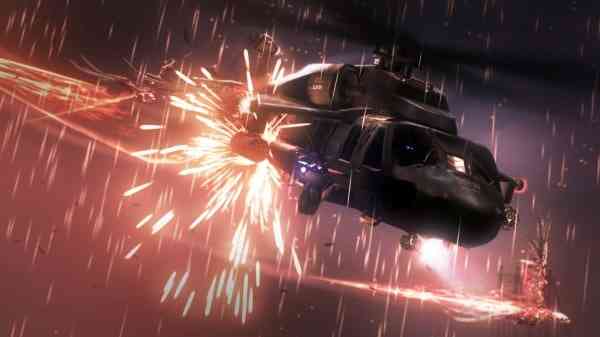 Like Mercer, Heller can have any two attacks assigned to your attack keys, one for each arm, and can quickly transform them into other weapons with a quick radial menu.  The way in which Prototype progressively rewards new bio-weapons and abilities throughout the course of the story, like the claws, hammerfists and shield, makes gradually mastering the combat system a lot simpler.  The game will throw new enemies and challenges at you periodically so getting comfortable with the different strategies and weaknesses the enemies employ becomes far more fun and dynamic; in fact, I found myself constantly looking forward to unlocking new abilities to try out in the field.

And unlike the majority of action games with RPG-esque leveling systems, new powers and attacks are not simply handed to you with advancement, it varies depending on your choices in game.  You have an overall evolution sheet for upgrading general attributes like speed, health and shapeshiting, but you can also achieve additional mutations through the completion of events and absorbing special enemies.  Defeating and absorbing military personnel will improve your prowess with firearms and vehicles, while the slaughtering of mutant abominations will strengthen your biological powers and abilities.

If the main story isn’t cutting it and you want to grind out some extra experience points, try out the “Radnet” challenges and events like dive bombing, racing against time and helicopter flying, which not only challenge you for the gold medal in each, but also pit you against your friends list on Steam, motivating you to be top dog amongst your buddies online. Some of these events are pretty challenging, and can make for a great distraction from the primary game; and if you don’t feel like running from event to event on the map, you can select them through the event list for easy access.  You’ll also find an assortment of black box collectibles and field ops littered across the city, which give additional experience points and a little more context into the events of the second outbreak. 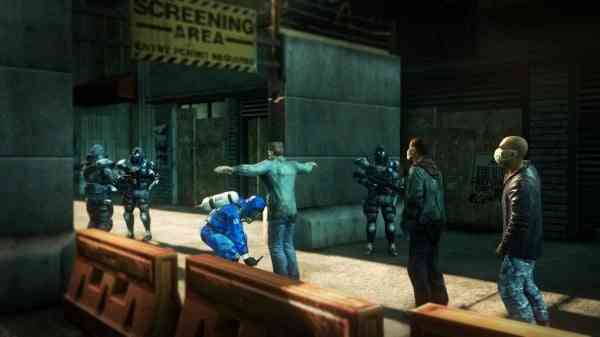 Adding these extra incentives was a smart move for Radical, as the main story line itself is a bit linear and predictable.  The entire city has been quarantined and you have to deal with Gentek and Blackwatch military personnel imprisoning civilians while fighting off the infected hordes, all while attempting to discover Mercer’s true intentions.  With so much going on, it’s disappointing that there isn’t more meat to the dialog and script.  The actual missions seem overly simplified and repetitive; absorb a soldier, sneak into a compound, complete an objective, sneak out.  Rinse and repeat.  It rarely varies from this formula, and after awhile, becomes almost effortlessly easy; even on the hardest difficulties.  Random hives in need of purging and optional Blacknet missions you can access via Blacknet terminals provide some variety, but are more often then not no different then the main missions themselves.

While the cut scenes in between missions are fairly well done, I never truly felt immersed in the story or invested in the characters, whom all felt like one dimensional set pieces that serve only to advance you through the game.  Also, Heller’s gratuitous use of vulgar language and aggression makes it difficult to sympathize with his plight; I mean, I know he’s angry and all, but someone desperately needs anger management training.  That isn’t to say that the main story arc isn’t compelling, but the potential for immersive story telling isn’t fully realized; Heller feels like he’s being led by the nose with no consideration for his actions, which is unfortunate considering the amazingly polished game play.

Like a lot of action games, the story needs a bit of work, but if you can overcome it’s minor short comings, this game can be a whole lot of fun. Destruction and violence will become second nature as you dominate the chaotic masses with overwhelming strength and power. Your weapons become your tools of trade, and the city itself is your playground.  Whether you obliterate all those who stand before you or hide in plain sight amongst the ignorant, Prototype 2 is an undeniably good time with loads of open world content and challenges to entertain you during and after the game’s completion.