When I think about the 1980’s things like hair metal, the Berlin Wall, Ferris Bueller and of course the Pacific Northwest’s Zombie apocalypse come to mind.  Wait a second, what Zombie apocalypse?  Well, let me refresh your memory.  In 1986, a zombie plague swept through Seattle and the surrounding area.  Okay, so that never happened but this virtual Zombie infestation from the mid 1980’s sets the backdrop for the latest summer Xbox Live Arcade game from Microsoft Studios called Deadlight.

In Deadlight, you play as Wayne Randall, a gruff individual originally from Hope BC, Canada.  Wayne, his wife and daughter recently moved to Seattle as Wayne landed a new job.  Unfortunately it is not long before all hell breaks loose and he becomes separated from his wife and child. Wayne quickly finds himself mingling with a group of other survivors but eventually separates from this group in order to find his family in the Zombie wastelands of the burnt out city.  Wayne embarks on a journey to locate his family and bring them back to safety.  Granted the premise is nothing new or particularly innovative; however, it did provide for the perfect backdrop for an otherwise solid side-scroller experience. 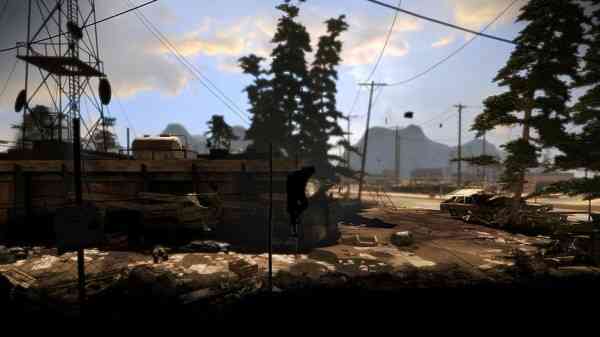 Wayne’s trip through the zombie infested city is a challenging one but it is not due to the lack of refined controls as the controls in Deadlight are tight and accurate. The game is a “2.5D” side scroller.  That is Deadlight has 2D gameplay with 3D graphics and plays similarly to such hits as Shadow Complex and Limbo with shades of the original Prince of Persia thrown in. There are even segments of the game that will remind you of Mirrors Edge as you run for your life across rooftops. You will be jumping, wall jumping to reach ledges, barrel rolling under objects and landing from great heights. Sometimes the perspective can be a little weird and what you thought was a ledge wasn’t.  This can result in some gruesome deaths which can be rather entertaining. No worries though, as the game is very forgiving.  When you die you usually continue not too far back in the level.  This being said, I did wish the loading times when you die was a bit quicker.

In Deadlight you will use an axe, gun, slingshot and a shotgun to take down the zombies. I have to admit I did enjoy using the axe as it chops the zombies but be warned your character has a limited amount of stamina which drops as you use the axe.  Also when you run and hang from ledges you also lose stamina.  So don’t let it run out or you’ll find yourself zombie chow. Often I found myself stopping in order to recharge my stamina and while doing so I enjoy the scenery as Deadlight is a stunning looking game.  I should mention I did find it odd Wayne never learned how swim so I am warning you to stay out of the water.

While running for your life, you’ll be able to hunt out hidden items in the form of pages of Wayne’s diary, health packs, and ammo. There are also three hand-held games from that era that you can find and play to earn additional achievements. What threw me off was that you can also find identification cards on random corpses that show a picture of what I thought may have been one of the developers. I didn’t think much of it until one of the names rang a bell.  So I looked it up and noticed they all belong to serial killers. It is certainly an unusual collectible and I’m not sure how it connects to the story. 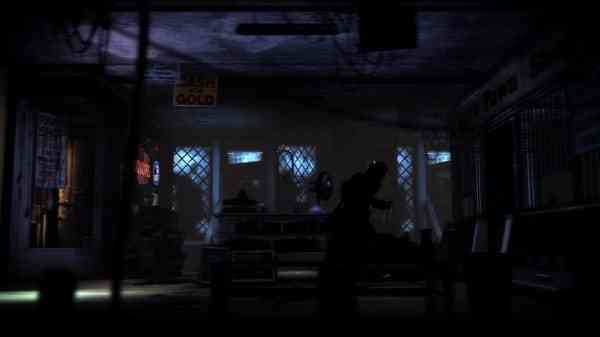 I came across a few graphical glitches in the game where some zombie corpses would wildly dance on the ground after being killed or get stuck in walls. Also, I occasionally received an error pop up which stated, “Unable to update profile as the storage device containing the active profile is no longer available or it is full”. My console’s hard drive has tons of free space, so I was a little puzzled why I periodically received this error message. Another bug that happened in a few areas was that an object I was supposed to interact with would not respond to me, so I had to reload from the last checkpoint. There are plenty of checkpoints in the game so I wasn’t sent back too far, and when I returned to the problem area everything seemed to be working again. It was annoying but it did not hurt the overall experience. I expect there will be a patch out soon after the game is released to address these issues.

The overall look Deadlight is fantastic.  The artistic style is stunning and is arguably the best looking arcade game we have seen in 2012.  The game will take you into warehouses and spooky sewers where it is hard to see zombies in the darkness until they open their eyes. There is always something going on in the background. I found myself at times just stopping and admiring the details of the ruins and decay. Animations of your character and the zombies are very well done and show a lot of emotion as they move and react to their surrounding environments. However I did find it hard to see some of the on-screen displays, such as the number of bullets you have remaining. Also some interactive objects were hard to make out and had me guessing at times. 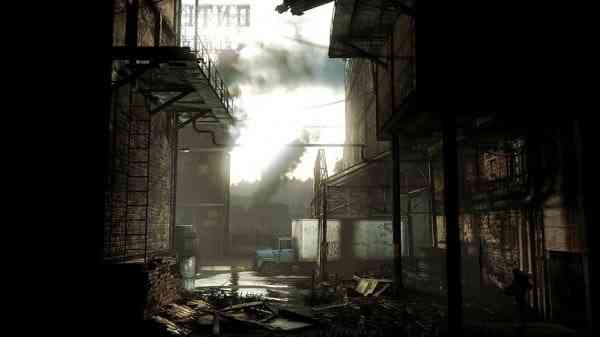 The audio in the game fits perfectly and is very haunting. I would love to own a copy of this soundtrack. The music in the game fits and reacts to nearly every situation. The voice acting in the game is not bad, but there are a few voices in the game that just don’t seem to fit. Your main character’s voice is well done at least, as that could have been a game-changer. Sound effects are solid from the running of your footsteps to the painful moans and groans of the zombies.

Overall, Deadlight for the XBLA is a very good game.  Influenced by other great XBLA games, Deadlight manages to carve out its own identity standing out as one of the better XBLA games this year.  The visuals are stunning and despite being able to complete the game at around the 4-hour mark, there is still plenty of replay value.  Some of the technical issues hold the game back; however, I for one will keep coming back to Deadlight as it is an experience I will want to enjoy for weeks if not months on end. 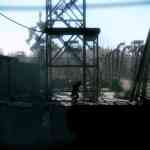 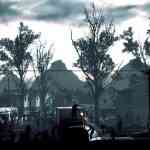 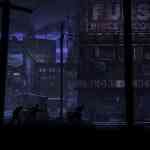 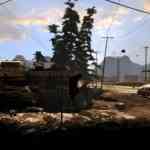 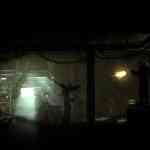 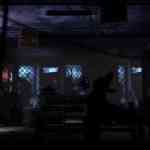 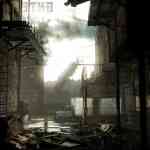