Pokémon is a beloved series for many gamers across the world that captures the imaginations of kids and adults alike. Pokémon spans across all genres of media from movies, animated series, books and of course video games, and it has gathered a fan following from big kids like me, who have played the series since the first red and blue cartridges for the Game Boy, to my son, who now plays the latest Pokémon on his DS. Moving in a different direction from the typical Pokémon games, Pokémon Conquest plays as a tactics based RPG and the notion of this had me split into equal parts of both scepticism and excitement. How would the game integrate Pokémon into the combat system and keep true to what Pokémon is? Would it stand up against other great tactical titles that preceded it?  Well, I had a chance to find out and we’ll hopefully have the answer to these questions for you by the end of this review.

To those not too familiar with tactical RPG’s, you battle on maps that are broken down into grids where your troops, and in this case your Pokémon, battle it out for dominance. Some maps will feature basic terrain where nothing hinders your Pokémon, but much like gym battles where a Gym Leader has a themed set of Pokémon related to the city they are in, Warlords model their battle maps suited towards their Pokémon’s affinity. Having Fire, Ice, Water, Ghost, Lighting, Grass/Bug, etc. on the maps provided some fairly neat battle environments that changed up how you could use strategies based on these environments. In some cases you could pop into an underground tunnel to quickly transport you across the map, vines would grow across a gap creating a bridge, or ice would form in a river allowing you to float down to an area and flank the enemy. 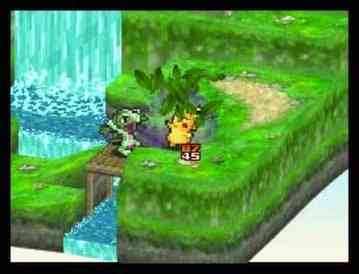 What makes any Tactical RPG great is how well the gameplay works, because if it is not fun or totally unbalanced you end up with a bad taste in your mouth resulting in you putting that title in the cupboard to gather dust.

Each of your Pokémon has different abilities based on their fighting style, be it Lightning, Fire, Psychic, Ghost, or Dark. One of these is assigned as a base attack while the others are activated based on certain battle conditions. There is a bit of strategy when moving your Pokémon around the battle grid as you try to arrange the best position for each Pokémon to gain the upper hand in battle. Pokémon have strengths and weaknesses based on their fighting style and this plays a huge role in your strategy. For example, Fire Pokémon will work really well against Grass Type while Lightning works well against Water. On the opposite side, Fire is weak against Water and Lightning is weak against Rock/Ground type Pokémon.

As you move your Pokémon into the best position for attack you have to be aware of any battlefield features like hidden traps, passageways, healing areas, poison pools, and more. Some of these features will be to your benefit while others will cause some damage, but even a negative can be turned into a positive if you can work it into your strategy. There are also some special maps where you can hit objects that will open door ways, knock down boulders onto your enemy, and you can even click a button to launch electricity at Pokémon on the battlefield. While you play you will also have to keep in mind that your Pokémon are not the only one who has abilities, as each Pokémon’s human counterparts have a special warrior ability such as heal, increase attack/defense/range and cure status ailments. 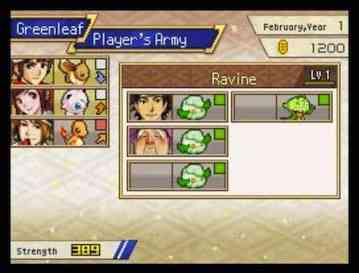 In the end this is a game of strategy, patience, and making informed decisions based on the playing conditions set out before you. That being said as I played I found that the enemy AI could have been smarter, or at the very least have the game should have had an option to increase or decrease the difficulty. This would have allowed the game to challenge veteran players like myself or entertain and challenge players new to the Tactical RPG genre. The main gripe in regards to the AI is that the strategy they employed was not calculated, it never took advantage of specific match ups, and it often just seemed completely random to prevent players from being overwhelmed. This was the pattern throughout the bulk of the game until the last two levels where it changed quite a bit. This change was too extreme, as it got too hard given the previous levels.  I found that I had to farm some levels for several hours to gain experience and new Pokémon to better handle the challenge. Normally, this isn’t a problem in this genre, but when a good chunk of the game is fairly consistent in the gameplay challenge and you are thrown a curveball like this out of the blue, it clearly shows some inconsistency.

You may have noticed that I have not mentioned the storyline in this review. This is mainly due to the fact that the story is generic and not really worth mentioning; however I can sum it up in one sentence if I must. As a young warlord you set out to conquer the land of Ransei to prevent an evil Warlord from destroying your homeland. Yep, it is that simple. Although the story could have been a lot more interesting it does give the game a bit of direction and will keep some gamers occupied.

The final element to gameplay is the wireless play which requires two handheld consoles in the Nintendo DS family along with two copies of Pokémon Conquest. Unfortunately, I didn’t have access to all these materials to set up some wireless play, but I imagine it works very similar to the battlefields within the campaign portion of the game where the host player determines the conditions for the battle. 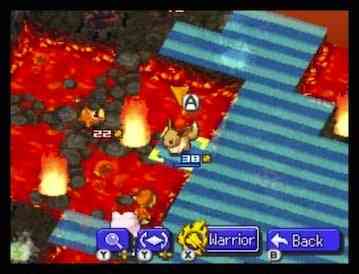 With the next generation of handhelds out in the market it was obvious that the graphical quality of Pokémon Conquest is dated in this exclusive Nintendo DS title. With the stronger handheld in the 3DS it did make me wonder why it wasn’t made for Nintendo’s newest portable console. I thought that given the nature of the game the 3D would work really well within the battlefields throughout the game. Regardless, the graphics do their job in Pokémon Conquest as they manage to represent the Pokémon’s likeness from various Pokémon titles from the original Red/Blue right up to the most recent release of Pokémon Black/White. Pikachu, Charmander, Jigglypuff, Piplup and Pansage’s all make an appearance along with plenty of other favourites. Along for the ride is the human counterparts to the Pokémon who take on the popular anime style that has become known in a lot of Japanese works. There is nothing really out of the ordinary or unique in Pokémon Conquest when compared to other titles in the Pokémon series and the visuals are fairly good overall.

As a player of Tactical RPG’s for many years there is one common theme when it comes to the music and sound effects: just make it work. Although the music is not extensive, or what one would call amazing, it does set the right tone for each of the battles, it provides background music as you navigate the world map, and overall it gets you a little bit further immersed into the game. The sound effects are quite basic with the most noticeable being the Pokémon’s attacks and entry growls. Those familiar with the series will notice the thwacks, sizzling fire, electrifying sizzles and crackling of ice for many of the Pokémon’s attacks along with the unique growl each Pokémon makes when entering the battlefield.

Pokémon Conquest is definitely a great first entry into an offshoot of the series but does have some shortfalls throughout the title that could be improved on. A better presentation along with a more in profound story would have brought a lot more depth to the title and created a better overall package and the AI could have used a bit of work.  It was also disappointing to find a lack of online support where you could play against others around the world, but if I find a friend who has the title I do look forward to playing against another human player to truly test my Pokémon Conquest skills. At the end of the day Tactical RPG fans and Pokémon fans alike should give this title a try as it can be quite fun. 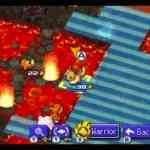 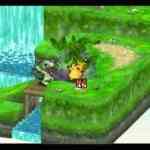 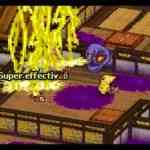 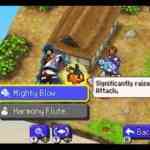 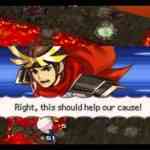 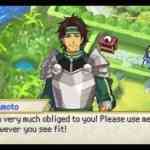 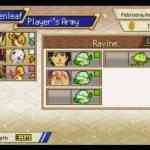