While you could spend hundreds of dollars on a high-end gaming headset to recreate surround sound, it’s not the solution for everyone. You don’t need to spend a fortune to get great audio, even if it’s in stereo. Sometimes comfort outweighs other aspects, especially when you game for many hours on end. This is where headphone maker Plantronics excels and their latest gaming headset for the Xbox One has even one-upped Microsoft with a headset adapter that is more intuitive and offers more features that should be standard in others.

Some gamers are content with having their audio come straight from their TV or sound system, while others, like me, prefer to use a headset when putting in a few hours into a gaming session. I become much more immersed when wearing a good pair of headphones and I notice many more details and slight nuances that I would normally miss, or not appreciate, if I was to audio from a TV or soundbar. If you wanted great audio in your headphones, you generally get what you pay for. Sure, there are entry-level headphones from many different companies, all the way to expensive ones that are on par with the price of a console itself, but not everyone has that kind of money to drop, enter the Plantronics RIG Flex LX.

The RIG Flex LX is a wired stereo gaming headset for Xbox One that costs $130 MSRP. Now compared to other wired stereo headsets, it’s a little on the pricier side, but for good reason; they are lightweight, comfortable, have three EQ settings, and it includes a stereo headset adapter that is arguably better than the default offering from Microsoft. Aside from the comfort of the headset itself, the stereo headset adapter is what makes the RIG Flex LX stand out from the competition in its class and price range. The adapter boasts two 3.5mm ports, allowing you to use the extra port to plug your audio in from your smartphone or external source and there are easy to use volume knobs so you can directly see how your chat and game settings volume ratio is set. 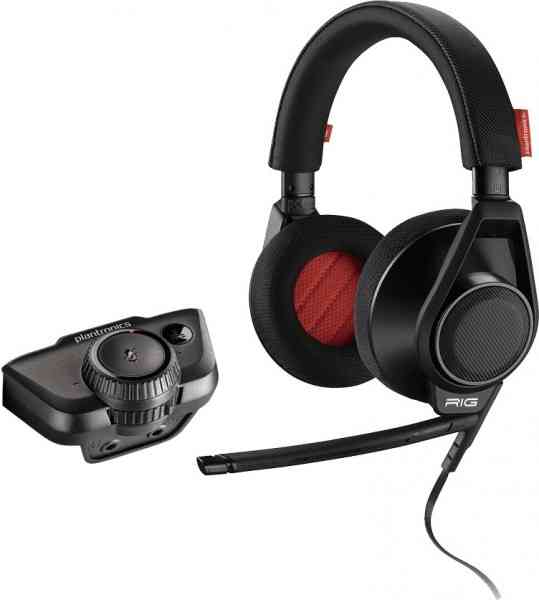 A headset is only as good as it sounds, and I have to say for a stereo only headset, I came away impressed. The RIG Flex LX uses 40mm drivers in the ear cups and it sounds great, but the first thing I noticed from the moment I placed them on my head was how absolutely comfortable the headset was. This is because the ear cups themselves are incredibly cushioned, and even after a long gaming session the headset never became cumbersome or fatiguing like other headsets can after a while.

They are very lightweight, so if you’re like me and usually play for quite a few hours at a time, you won’t notice them weighing your head down even after many hours. As a side note, the headset itself fit everyone in my house, even my three year old, so you should have no problem finding that perfect fit regardless of head shape and size. The speakers seem as if they are very close to your ears when worn, so the sound comes across clearly, and while you’re not going to get as much precise detail as you would from the more expensive headsets that offer surround sound, I was still quite impressed with the sound quality for being stereo only.

There’s a button on the adapter for three different EQ settings that vary from high, mid-range, or bass heavy, all of which sound distinct, allowing you to choose your favorite preference. Even on the bass heavy setting, the RIG Flex LX never becomes distorted from having too much bass and you still get a little punch from the low-end frequencies. I do wish they had a little more ‘oomph’ to them, especially with the bass as that’s the setting I generally enjoy when gaming.

“If you’re looking for a great sounding headset that offers a few extra features than other entry level options and won’t break the bank, make sure to check out Plantronics RIG Flex LX; your ears will thank especially when playing for hours on end.”

So, while the headset sounds great, the other half of the equation is how it handles voice chat with your friends. The RIG Flex LX utilizes a noise cancelling boom microphone that plugs in and protrudes almost like an “L” shape from its port to the tip of the microphone. The microphone is very rigid and there isn’t much flex to it, which is ironic given the headsets title. While all my friends where always able to hear me clearly and had no issues hearing myself talk, I would feel more confident if I was able to move the microphone slightly closer to my mouth, though on the bright side I was never told I was breathing into the mic (which was an issue with the previous headset I used). If this is something you worry about, there is the obligatory mute button on the adapter that is too large to miss. My only minor complaint is that you can’t move the mic to the right earcup; yes I know the left side is standard on headphones for whatever reason, I’ve just always preferred it to be on the right and very few have let me do that.

So let’s delve into what really sets apart the RIG Flex LX from others in its class: its unique adapter. There are a few features that makes Plantronics’ dongle an improvement over the standard Microsoft one which honestly surprised me. With the Microsoft adapter, you change the volume and chat/game sound ratio with multiple button presses and you aren’t able to quickly look at your settings with a glance. With the RIG Flex LX, you control all sound with two separate volume knobs. The larger top one controls your overall volume from minimum to maximum and the lower slider is how you balance the game and chat ratio. Being able to set the volume to your desired level with the top wheel and then change the balance of how loud or quiet you want game or chat audio to be with the second is fundamentally more intuitive as you can take a quick glance at the adapter and see all of my volume settings and adjust accordingly.

The bigger feature still is that at the bottom where you plug in your headset, as there’s another 3.5mm jack to the left of it that allows you to connect an external device and play your music directly into your headphones. Since the Xbox One still doesn’t allow for custom soundtracks like Xbox 360 did, this is a great feature. You can play all of your favorite music from your phone or tablet (or any audio device really since it simply uses the standard 3.5mm cord) and listen to the playlist you really want to instead of the in-game audio. 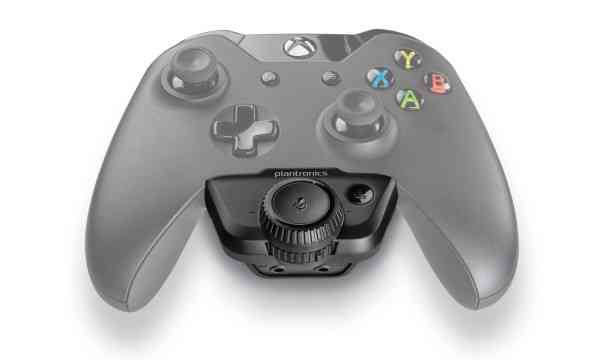 While I really loved this features capability, I did note two thinga about it. First, the cable to go from your device to the adapter is not included in the box, which seems absurd given that this is one of its best selling points. I would have been happy with a cheap no name branded cable, but instead had to go to “The Dollar Store” and get a cheap one myself. Second, although more of a wish then a complaint, I wish there was a third knob on the adapter to somehow also layer in music volume with the game and chat audio as well.

While I really like the adapter for its EQ settings and ability to plug in my own device for music, it feels a little flimsy and plastic-y when compared to the rigid quality of the headphones. I am also a little concerned about where the headset plugs in too. For whatever reason this end of the cord has a very rigid and sturdy build to it which is great, but instead of a standard 90-degreee bend, it sticks straight out a little over an inch. This caused me to bump it many times and I’m worried this might cause issues within the port itself down the road.

The list of pros far outweigh the cons for this headset. It’s comfortable, it’s lightweight, and the sound quality is great no matter what game I played, especially for being in stereo. As for its volume, it didn’t seem to go nearly as loud as my other headset did, but it doesn’t sound as if I’ve lost any detail in the audio along the way. I’ve retired my previous Xbox One stereo headset and am now using the RIG Flex LX exclusively all the time because of its comfort factor, sound quality, and the intuitive headset adapter that is included. If you’re looking for a great sounding headset that offers a few extra features than other entry level options and won’t break the bank, make sure to check out Plantronics RIG Flex LX; your ears will thank especially when playing for hours on end.

***A review unit was supplied by Plantronics*** 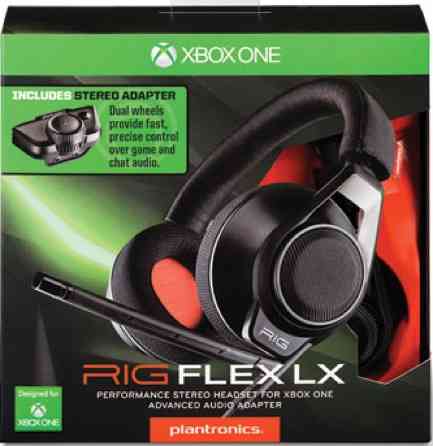 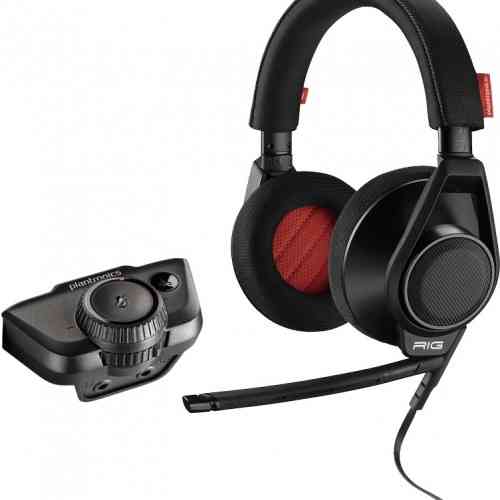 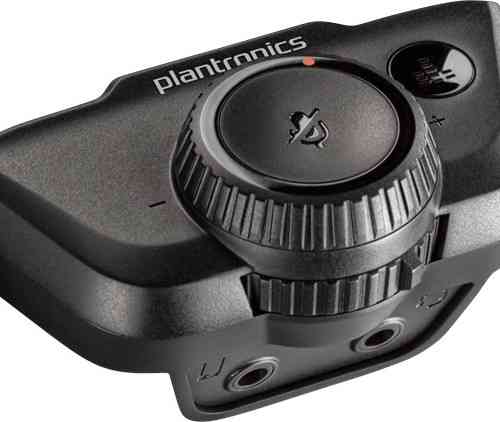 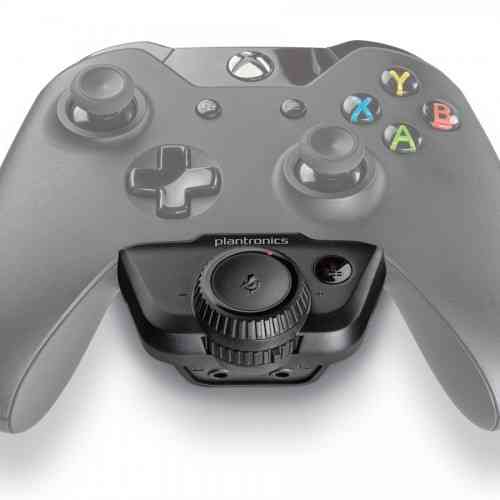