Pinball FX 2 : South Park Tables – Hey Mr. Hankey, How the Hell Did you Get into this Pinball Game?

I’ve been on a bit of a South Park kick ever since playing South Park:  Stick of Truth which is by far my top game so far this year. With South Park pinball launching I was genuinely excited as I love my Pinball and with my rekindling of South Park it was perfect timing.

There are two pinball tables included with this South Park game, the first called South Park’s Super-Sweet Pinball which is a general table based on the television show with the main characters of Stan, Kyle, Kenny and Cartman all making appearances not to mention Chef, Terence and Philip, Mr. Hankey and Jimmy.  Playing through the table tells stories throughout the game like Cartman’s encounter with alien probes which I had a special knack for activating with some muffled laughs as my audience looked on as I played. 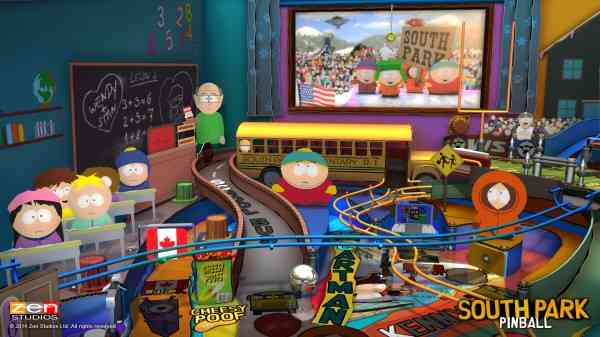 What I liked the most about this table was that it appealed to someone like myself who started watching South Park when I was still in high school and fell out of touch with the show as I got older, but I can still relate to a vast majority of the material used on the table. The potty humour in this table was great including the skill shot where you had to aim your pinball into a toilet (see what I did there) which starts off at 1,000,000 points and goes higher each time you sink a skill shot.  If you overshoot the toilet you can also launch in to the Sarcastaball field and play out a mini game to a nice handful of points as well.

The second table is focused on a fan favourite character Butters Stotch and is called South Park: Butter’s Very Own Pinball Game. To be honest I haven’t followed the series over the years but when I played Stick of Truth and I learned who Butters was I fell in love with the character, and a table modelled after Butters is welcomed indeed. However, I am far from being an expert on Butters and missed some inside knowledge of his story arcs in the series to really “get” some of the story related items on the table. Again drawing on my knowledge from Stick of Truth, I did learn about Professor Chaos and that is some of the funniest stuff I’ve seen in a pinball table to date (I won’t ruin it for you by going into detail).  When having such a humorous source to work with you end up creating some great experiences.

One of my favourite actions on this table is when Ninja cut-outs pop up everywhere and you have to keep on hitting them to rack up the points.  This is an easy way to increase your score and see you pass your rivals on the leaderboard. 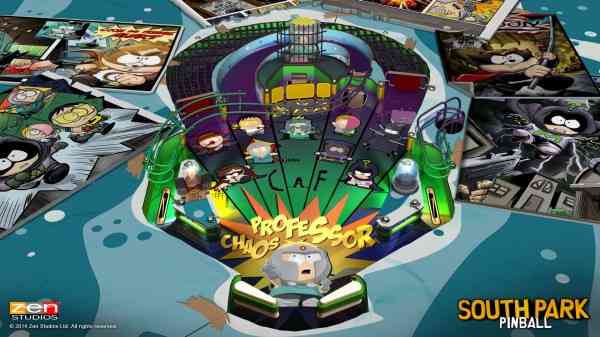 Since the second table is modelled after Butters, who is amazing, this table might be less enjoyable since you kind of need to be in the know to get a bulk of the jokes that the developers told. From a gameplay perspective the table is a lot of fun which is always a central focus for Zen Studios.

These South Park themed tables draw from great source material and are sure to entertain. The game mechanics work like a well oiled machine and coupled with the vibrant colours, art style and atmosphere, the tables provide the quintessential pinball experience.   Another strong showing for Pinball FX2 and at this point in this games history, I would expect nothing less.

Next Halo: The Master Chief Collection Review – A Definitive Collection Finally Worthy of its Price Tag
Previous PowerA Spectra Illuminated Controller Review – Perfect for the Kids, Not So Much For Serious Gamers