Path Out Review – Maybe One Episode Is Enough

How do you make a game about the Syrian refugee crisis? To call it challenging would be an understatement. Make it rigorously conform to a sense of realism, and it loses all value as a game. “Gamify” it too much, and it cheapens the deeply emotional realities that need to be conveyed. It’s a struggle faced by many games that attempt to portray real-life tragedies, and Path Out is no exception.

Path Out plays as an autobiography of Abdullah Karam; a young boy who escaped the horrors of the Syrian civil war in 2014. From Karam’s home to the border of Turkey, the effects of the war can be felt. Neighbors are instantly suspicious of one another, asking for insights that could unmask traitorous intentions. Karam’s parents fear for his safety, keeping him at home while his older brother attends protests. After setting out on his journey, a sense of unease clouds every interaction Karam has. No matter how kind a person may seem, talking to them always feels like it could just as easily end in a hail of gunfire as in a simple conversation.

This all would be a great source of tension, yet Path Out sabotages its atmosphere at every turn. Its tone is all over the place, with music that never really adds to the scene; more often, I was completely taken out of the experience. There are also numerous attempts at light-heartedness and joking, but they undermine the dark undertones of the game rather than providing contrast.

“In the end, Path Out accomplishes what it set out to do. The problem is that it ends up feeling too shallow and disjointed to be emotionally resonant.”

Being made in RPG Maker, Path Out boasts a colorful aesthetic which, while visually pleasing thanks to detailed pixel art, once again doesn’t do much to help the tone. Expressions on character sprites seem to be limited to neutral looks or concerned frowns. The art used in the dialogue boxes is certainly well drawn, but there’s once again no emotion in any of it.

What really throws the tone off a metaphorical cliff is the commentary track; the mandatory commentary track. Possibly to appeal to the “reaction video” audience, Path Out frequently overlays a live action video feed of the real Abdullah Karam, who will comment on the events on-screen. Karam fleshes out certain narrative details, gives more insight into his emotions during the actual escape, and reminisces about his past struggles. In theory, it’s an engaging concept, providing the player with more info than might otherwise be conveyed by the art style. 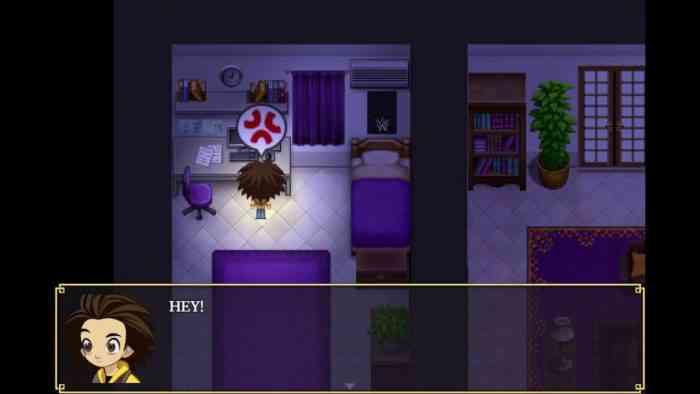 Unfortunately, this approach just raises all manner of problems, the biggest of which is, of course, what these sequences do to the game’s tone. Karam frequently speaks lightly of events, cracking jokes and occasionally admonishing the player for their actions. There’s even an attempt at a recurring gag, in which camels frequently appear in the game and Karam appears on-screen to basically say, “Wow, stop stereotyping Syrian society; we don’t have camels walking through the streets, silly”. It’s contrived, frequently cringe-worthy, and completely unnecessary. “Show, don’t tell” is a rule for a reason; if there aren’t any camels in Syria, don’t show any camels. It’s ridiculous to do a bait-and-switch just to get a largely unrelated point across. At one point, you literally come across a dead camel, get teased by Karam, and find that the camel was actually a pile of blood. If that’s not tonal whiplash, I don’t know what is.

All this leads up to an ending that comes as abruptly as Karam’s interruptions. Path Out took me just over half an hour to complete and effectively stops cold once you reach Turkey. Apparently, it’s meant to be a “teaser” of sorts for a larger game. There’s also little incentive to replay the title. There are a handful of areas where you can make some small choices (e.g. grabbing a rope near the beginning to allow you to take a shortcut later), but it’s not like there’s a lot of flexibility with an autobiographical narrative such as this.

How do I give a verdict to Path Out? It’s a free-to-play game about an important global issue, featuring an inoffensive runtime and a unique perspective on events. Even Karam’s commentary gradually became less grating as I neared the end, though I still found myself wishing that it was optional. In the end, Path Out accomplishes what it set out to do. The problem is that it ends up feeling too shallow and disjointed to be emotionally resonant. 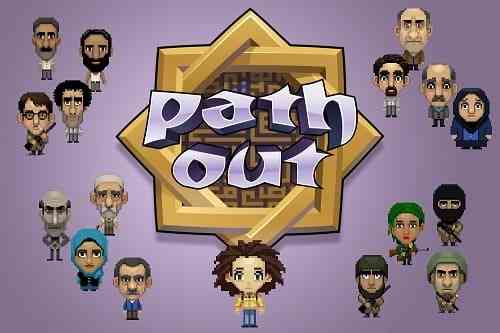 Ary and the Secret of Seasons Review – An Imperfect Storm
Next Need for Speed Payback Review – Tuned up but Not Quite Turbo Injected
Previous Horizon: Zero Dawn – The Frozen Wilds Review – One of 2017’s Best New IPs Is Back for More