Ori and the Will of the Wisps (Switch) Review

Developers Moon Studios had a massive challenge in creating a sequel to 2015’s beloved game classic, Ori and the Blind Forest. How do you follow up such a classic without disappointing fans of the original? I think with Ori and the Will of the Wisps, they’ve done an excellent job. Like its predecessor, it combines great, impactful narrative moments with gorgeous visuals and music, all while bringing in fresh new ideas to improve on the original experience. And now they’ve brought all of that awesomeness to the Switch.

As I’ve alluded to, when making a sequel to a major hit such as Ori and the Blind Forest, the devs are in a bit of a no-win situation. You want to give fans some of the things they loved about the first experience, but you also want them to feel like they’re playing something new as well. Ori and the Will of the Wisps maintains a perfect balance in these respects.

Another Punch Right in the Feels

Take the story. It picks up where the last game left off. Ori, the glowing spirit who is the game’s protagonist, along with friends Gumo and Naru, find themselves taking care of Kuro’s egg. It hatches, and the friends name the baby owl Ku. Any player of the first game knows where this is going. Ku has one lame wing, and can’t fly, and the friends raise her and protect her, even trying to teach her to fly. Eventually, Ku is able to fly with the addition of a big feather placed in her wing and soars off with Ori on her back. But a storm separates them and Ori must embark on a search to find Ku.

I didn’t think Moon Studios could do it, but I’ll be damned if they didn’t get me crying like a baby again. They really have a gift for hitting you right in the feels, and the story in Ori and the Will of the Wisps will once again reduce even the deadest heart to warm goo. The beautiful, haunting soundtrack helps a lot in this regard, matching the pathos of each moment perfectly, and punching you right in the gut at moments of intense poignancy. If you’re looking for another emotional catharsis, then bring your tissues to this one, folks. 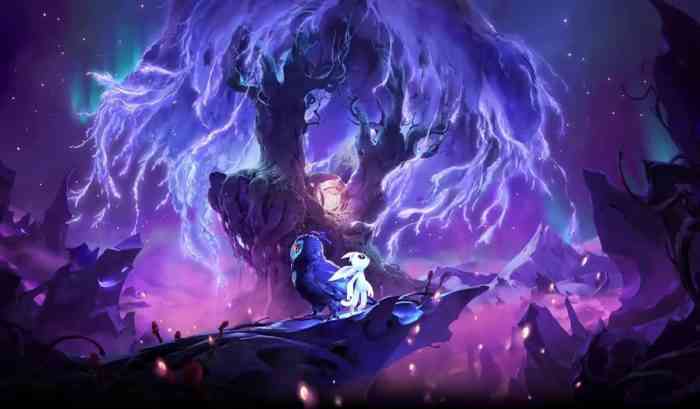 The gameplay is also once again outstanding. Like the first game you’re platforming, Metroidvania-style, jumping and running through a multi-leveled platform environment, and solving puzzles to unlock the map as you go. Jumping is executed perfectly and Ori and the Will of the Wisps feels great to play. It’s lots of fun, and there’s always the sense of wonder as you discover new parts of the map, or unlock previously-inaccessible areas as you gain new abilities. This time around, there’s also a new Spirit Trials mode that amps up the excitement level, as you race to complete a trial in the fastest time possible. You also get more side-quests from NPCs as you play, so overall gameplay feels even deeper in Ori and the Will of the Wisps.

If Ori and the Blind forest was fun to play through, Ori and the Will of the Wisps is pure joy. There are so many secrets and cool things to discover as you play. Despite the 2D platforming gameplay, I always got the sense that this is a deep and massive gameplay experience right up there with a Skyrim or other open-world adventure. You’ll go through the game’s gorgeously-rendered areas and then go back and through them again, finding things the second time you didn’t see at first – and just marveling at their beauty as you do. Just like before, levels are expertly designed to balance challenge with reward.

Part of the gameplay is combat, and it is enjoyable despite being challenging at times. You’ve got a host of weapons that you can equip Ori with, and part of the learning process is seeing which weapons work the best with different enemies. I liked how you are given the ability to easily switch between weapons with the press of a button, even at a moment’s notice. Like a lot of Metroidvania-style games, you’ll fail often but I was having enough fun that I was fine with getting up and trying again. Ori and the Will of the Wisps is not an easy game but it is fair.

If there was one thing that I grumbled about in the first game, it was the sometimes-cruel save system. You had to manually save in Ori and the Blind Forest, which is fine in theory but can be a huge problem in practice. I have a tendency to forget to save, especially before big moments as I just rush excitedly into them. It meant for a lot of lost progress, at least for me. This time around, Ori and the Will of the Wisps has an Autosave function that really helps in this regard. If you found the original to be a bit punitive, you’ll like this improvement.

Critics might say that Ori and the Will of the Wisps is more of the same, and they’d have a point. You won’t be shocked by completely new and revolutionary changes to the winning formula that made you love the first game so much. If you are expecting a reinvention, you’ll be disappointed. But when the original was so outstanding, there’s an argument to be made for staying with what works. Like I said earlier, Moon Studios had a tough situation on their hands, and I’d say that they delivered. This is a quality experience that returning fans will enjoy, and newcomers will love even more.

Finally, let’s not forget that all of this great gameplay, all these beautiful visuals and music have been packed into the diminutive platform of the Nintendo Switch. It’s an amazing achievement, and the developers deserve credit for delivering a faithful rendering of this full game in handheld mode. In fact, in some ways, you even get a better version than was originally released on the Xbox One in March, because it’s had its lagging and other bugs ironed out. Sure, the visuals are not quite as crisp (especially in docked mode), but you’d have to be really looking to notice, or really care. No, this huge little game is a must-play on the Switch, and it is in every way a worthy successor to an iconic game classic. 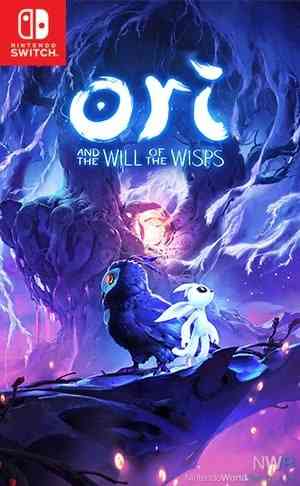 
Grime: The Colors of Rot DLC Review – More of the Excellent Same

Ghost Song Ventures Into the Dark Today With Release
Next Sands of Salzaar Review – A Huge Uninspired World
Previous Unrailed! Review – Putting the “Loco” in Locomotive