While licensed games based on movies, TV shows, and the like have been waning in the West, the Japanese licensed games market has been alive and well in recent years with Dragon Ball and One Piece leading the charge and seemingly putting out games on a yearly basis – and sometimes even faster than that! There’s always been a fear that licensed titles are rushed out and merely exist to be a cash-grab for the studios that own the respective IP, but it is even more concerning when such a game lands on a virtual reality platform that is full of shovelware. Where does One Piece: Grand Cruise rank among licensed titles and can it throw off the stigma of being a VR cash grab?

The first thing to note is the price of this grand adventure which comes in at around thirteen dollars on the North American PlayStation Store. While last year’s Spider-Man: Homecoming saw Sony partner with Marvel and Disney to develop a short and sweet virtual reality experience that was completely free, Bandai Namco has essentially offered players the same experience at a price. One Piece: Grand Cruise takes no longer than an hour to complete as players enter the world as a generic, nameless character that is stuck in an immovable position and simply ordered to fire cannons at whatever presents itself in front of them.

The game starts with a cool introduction from the mainstays of the franchise as Monkey D. Luffy and co. welcome you aboard their ship. The few cutscenes that are spread thinly throughout the experience are actually quite enjoyable as the characters use their superpowers making it feel like a live episode of the show with the player being able to control the angle of the camera. But that’s about all the pleasure there is to be had for fans of the franchise as the actual gameplay is next to non-existent. 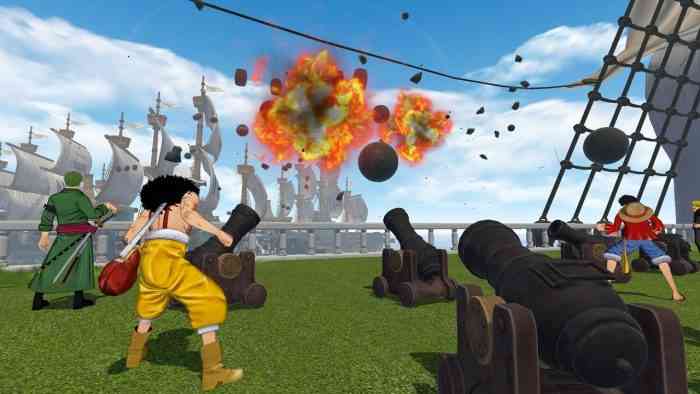 The game sets itself up by anchoring two levels – using cannons to take out enemies ships and a large Kraken – around a few interactions between characters as the ship opens up and the player continues to explore its limited locations. There really isn’t much to do except to aim and shoot from the platform of the ship. Grand Cruise feels more like an arcade experience you’d see at an anime convention as opposed to a proper PSVR title. Nintendo and Steam have both gone through problems of oversaturation and quality control on their respective store, and it seems like Sony’s virtual reality offerings have now similarly fallen to such levels.

Sure, the cel-shaded art-style is nice to look at and the ‘magic’ of VR might still be present for some, but with a minuscule amount of content paired up with unacceptable levels of interaction that only allows you to hit one button, One Piece: Grand Cruise is less of a failed project and more of a purposeful demo that only hurts the platform it was made for.

The idea of jumping around the ship and interacting with different characters could have included a complex dialogue system or any other kind of meaningful interaction on the player’s side, and the obvious multiplayer inclusions – as fellow pirate silhouettes standby for attack during the missions – could have been utilized to make for a sillier affair. Fans of the franchise might be content with seeing their favorite characters up-close and within the limitless confines of virtual reality, but a game like this should have been left in the era of Nintendo Wii shovelware. 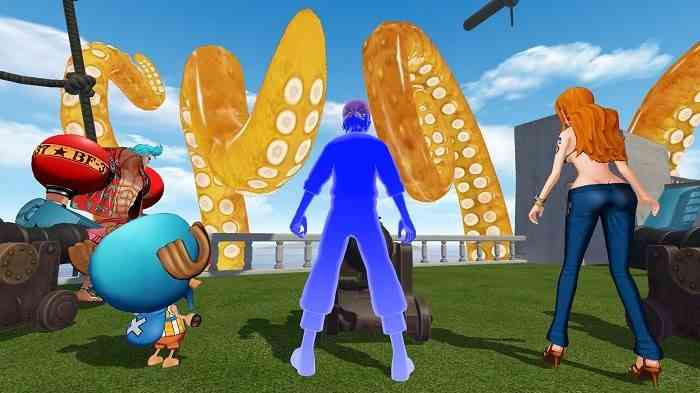 One Piece: Grand Cruise is diabolically short, bereft of almost any interaction from the player’s side, painfully repetitive, and a wholly uninspired effort that seems more interested in luring in its most ardent fans rather than making a competent game. Sony, HTC, Oculus, Steam, and everyone else involved in the virtual reality market would do well to demand a higher quality of product out of fear that early adopters of the technology might be pushed away by such tame efforts at immersion and interactivity. While some of the character interactions and brief cut-scenes allow you to forget just how bad the rest of the experience is, there’s no need to hook up your PlayStation VR unit to go on this excuse of a pirate’s adventure 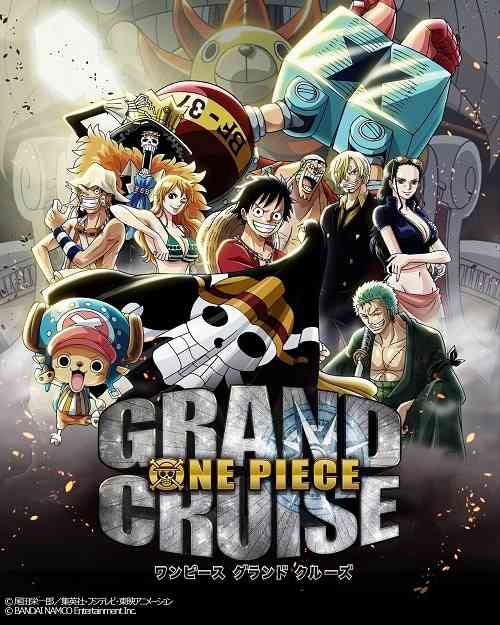