Some might think that porting a successful mobile game over to the Nintendo Switch might be a recipe for disaster, but that is not the case for a little game called Oddmar. This uniquely named action platformer is from developer and publisher by MobGe. On the surface, Oddmar might seem like a basic action platformer title that has been done a million times before, but I dare you to take one look at this game and at least play one level. You’ll find it visually appealing, and after playing that one level you will be hooked on everything about Oddmar — the visuals, gameplay, sounds and level design.

While the story may not be anything too exciting, it is enough to get you interested in the quest placed in front of the main character. It’s simple, but it allows you to have a reason to go through the story. You play as a Viking named Oddmar, who isn’t interested in being much of a warrior. That is, until a fairy visits him in his sleep and grants him magic powers that give him the ability to jump high via a bag of mushrooms. From there, you set out and collect items and save the villagers who have mysteriously gone missing. Simple? Yes, it is, but you’re here for everything but the story.

The gameplay dynamics are similar to anyone who has previously played any platformer like this. It reminds me of a classic Rayman game in style and controls. You can easily pick up this game and it will feel strangely familiar, as you know what you need to do and have a great time doing it. This might not be a very long game, with about 24 levels, but things constantly change in the level design along with a variety of enemy bosses and slew of tasks to complete. Sometimes you need to run and jump from an enemy chasing you, while other times you will be riding a boar through a level. There are even challenges mixed into various levels including coin collecting and speedruns. Oddmar really likes to change things up across the board and this really elevates the gameplay experience overall. You will not get that feeling that the development team is just trying to get to the end of the same level(s) over and over again. So, even veterans of this genre will be kept on their toes with the ever-changing elements in the world of Oddmar. 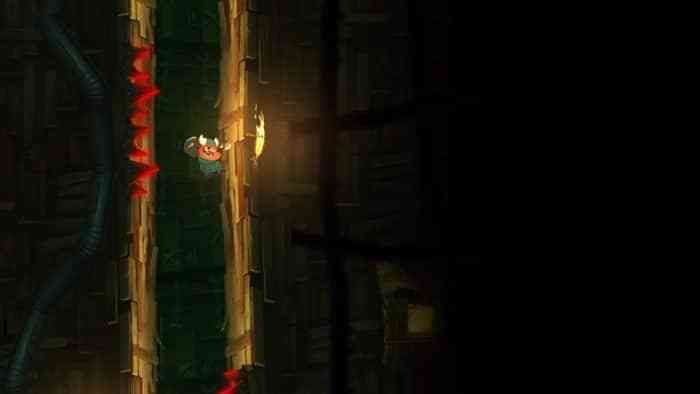 The visuals are STUNNING in this game. The watercolor and details in the cutscenes, and throughout the entire game, showcase the extreme attention to detail developer MobGe put into this love letter to platforming games. It is bright, colorful, and even comical all at the same time, creating its own sense of style and substance. All of this is further enhanced by the solid music and very platform centric sound effects, as they add to, and suit the atmosphere in the world that MobGe has created.

The only downside of Oddmar that I can really point out is the replayability. While you can go back and collect items, after that you are pretty much done with the game. Even with this being the case, I cannot hate on this game too much, keeping in mind that it can be typical for this style of game. Also, I would hate for the game to lose its polished look and feel by having MobGe stretching themselves too thin to expand the game, because what we got is amazing. Sure, I think the game could have benefited from some extra levels or mini-games, but it is not a deal breaker. 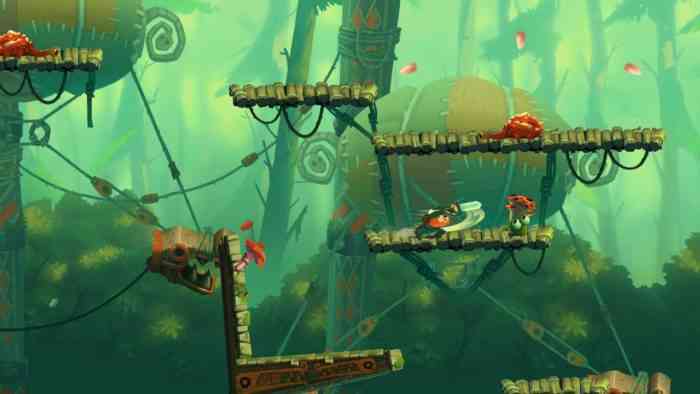 Oddmar is an action platformer that is full of visual beauty and substance, and it is very fun to play. MobGe has showcased their attention to detail and overall talent with this title. I still cannot believe that this was once a mobile game. There is a familiar charm to Oddmar but what elevates the experience is the graphics and gameplay. While the story may be forgettable and there is little in terms of replay value, fans of the genre will be extremely impressed with this polished little platformer.

Macrotis: A Mother’s Journey Review – A Tale of Love and Perseverance