If there is one game series that is synonymous with a challenge, it is the Ninja Gaiden series developed by Team Ninja.  Ninja Gaiden started during the days of 8-bit gaming, but since then it has developed into a fast paced, visually pleasing game that puts any gamer’s skills to the test.   Sony’s newest handheld is lucky enough to get a Ninja Gaiden title during launch.  Ninja Gaiden Sigma Plus is basically a “Vitaized” (hey, new word) version of Ninja Gaiden Sigma, which was released on the PS3 in 2007.   Well, after some playtime with the game I feel like I should share my thoughts with you, as the PS Vita is on store shelves as we speak.

The narrative found in Sigma Plus is one that you would find in any story focusing on Japanese Ninja Lore.  In this case, you take on the role of Ryu Hayabusa, who avenges his village and the deaths of many innocent people all the while attempting to regain the Dark Dragon Blade.  Along the way he will meet a person or two who will play a role in his tale and you will come across a surprise plot revelation or two that helps make it a little more interesting.  Overall I didn’t mind the story as it did make the game a little more interesting.

Although you do spend most of the game playing as Ryu, there are a few instances when you play as Rachael, a somewhat sexy demon hunter who will be faced with a dilemma or two of her own.  These breaks in Ryu’s gameplay are a nice change given that Rachael is equipped with a new weapon, and a whole different gameplay style to use.  I for one managed to enjoy these parts of the game and thought they were a nice inclusion. 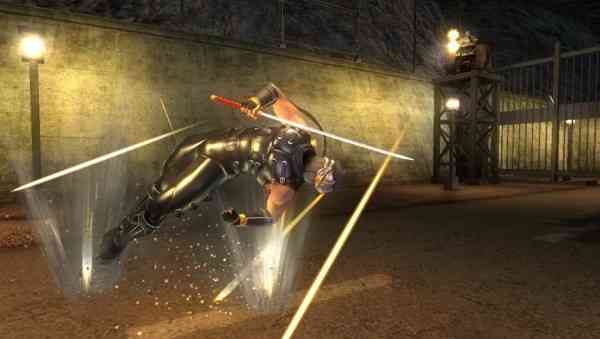 Controlling the madness on screen is pretty smooth, and I for one was amazed with a console game controlling so well on the PS Vita.  The analog stick (finally I can say analog stick not nub) makes the control flow somewhat naturally.  Button placement is very intuitive and I found that I had no problems controlling much of the action on-screen.   If there is one thing that most people will find with the control, it is that you just can’t button mash, and I found this out quite quickly when I first played.  You need to be somewhat strategic in your gameplay, defending, evading, and waiting for your foes to finish their attack, and when the time is right counter with what moves you can pull off.  It’s a nice balance, but I do have to admit that the skill it takes to defeat some of the enemies, and bosses, will test your gaming prowess more often than not, but the sense of accomplishment that you will feel during your gameplay is quite rewarding indeed.

As you make your way through the game’s levels, you’ll find that the difficulty ramps up the deeper into the game you get.  As this occurs you will acquire new weapons and new fighting techniques that help you manage in battle.  One of the interesting aspects of Ryu’s arsenal is the use of ninpos, which in essence are magical spells.  You learn to rely on these now and then, as the amount of damage you can inflict on enemies is great, but they are not something you can use all the time.  It is a fine balancing act between weapon and magic use, but once you become efficient at it you’ll appreciate what you can do when using all what is available to you.

Given that this game is now on the Vita, of course you’d expect some Vita-like additions to the game, and Team Ninja did just that.  One of the most notable features is the use of the touchscreen and motion sensing functionality.  Specifically, this functionality is now incorporated into Ryu’s ranged attacks.  By touching the front screen you enter into a first-person view and by moving the Vita you can look around your surroundings.  You can then touch the screen again to shoot at specific enemies or areas that you touch on.  It a pretty neat little feature, and something that, although gimmicky, makes sense.  That being said, one of the problems with this feature is that if you ever so slightly touch the screen, you’ll enter into the first-person view, and in the middle of battle this can hamper your experience as you are not expecting your view to switch up like this.  You will have to be extra careful when playing not to touch the screen, but again, accidents do happen, so why in the world they don’t allow you to turn this feature off is beyond me. 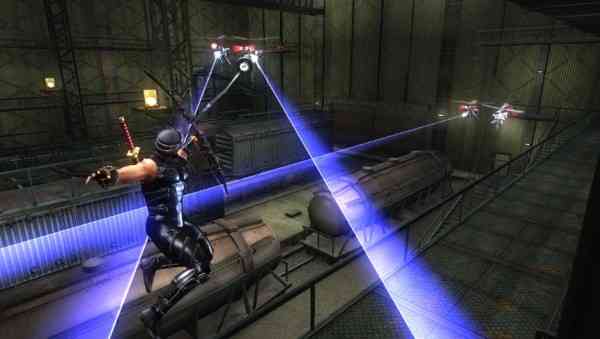 In regards your ninpo (magic), you use simple touch actions on the rear touch pad to build up your spell’s strength.  Although this was neat, I found that trying to battle and charge up my magic just didn’t blend into the gameplay as well as it could have.  It could feel somewhat awkward now and then as I was moving all about the level with the analog stick, fighting various enemies, and tapping the rear touch pad all at once.  That being said, it is do-able, that is for sure, but again, it is just something that can feel out of place.

Ninja Gaiden games have a long and storied history at testing one’s gaming skills, and as I mentioned earlier in this review Sigma Plus for the PS Vita is no different.  There is a difficulty option in the menu as the new “Hero Mode” takes a lot of the gameplay frustration away as it has an “auto evade” feature and “adjusted attacks” to make the game somewhat easier.  In the end this takes away what has made this series so storied, the challenge, plus it is not as rewarding when you finally get through that stage or level boss that was so freaking difficult.  Those who pick up this game, and who don’t use the “Hero Mode”, should be forewarned that you’ll curse a lot as you play, and just remember, you’re holding a $250 portable console and not a controller, the latter which is much easier and affordable to replace should you launch it across the room.

Visually Sigma Plus looks pretty good, and again I attribute this to the 5-inch OLED screen and power of the PS Vita.  Animations are silky smooth and everything seems to just naturally flow on-screen.  This version of Ninja Gaiden is based on a 2007 and earlier (the original Ninja Gaiden launched on the original Xbox in 2004) title, so the visuals aren’t necessarily hard to replicate.  The game is based in Japanese folklore and history, so there is a bit of style that comes through as you play.  You’ll come across some very interestingly designed enemies and bosses that will make your adventure come alive.   There is also the traditional, and ample, Ninja Gaiden use of blood in this game, so don’t let the little ones watch, as it is not meant for their viewing. 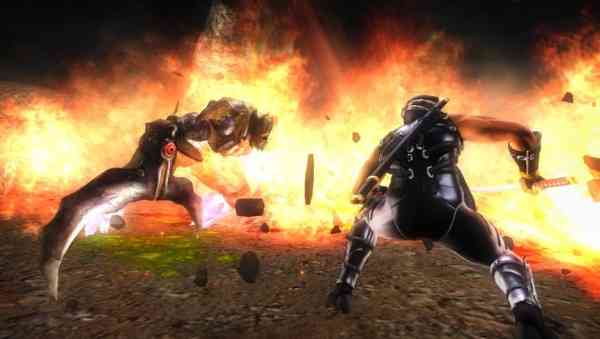 As I played I did find one thing that really could be bothersome, and it has to do with the in-game camera.  Whenever I was doing battle in tight spaces (e.g. sewer like tunnels) and/or pulling off some quick and speedy combos, the camera would lose focus and I would lose track of where I was or where I was going.  I don’t know how bad this was in the initial games (Xbox and PS3), but given this is a port I would assume it was just as bad.  I think that this game does show it’s age in this area, as most modern third person action games don’t seem to have this problem.

Sound is adequate in this game, as the music, voice acting, and sound effects blend in to “get the job done”.  The cut scenes have some solid voice acting and the story that unfolds is told through them.  As for the music, the best way I can describe what is offered is that it melds well with the on-screen action, but it does not make anything feel more than it is (e.g. heightens anticipation).  Finally, as for the sound effects, they are pretty solid, from the sounds of steel swords clanging, bodies being sliced into two, to the more simple things such as clay vases breaking or a water stream running though the level.  All in all the whole audio package gets it done, just remember to wear your headphones for a more immersive aural experience.

At the end of the day Ninja Gaiden Sigma Plus is a fairly good game, plain and simple.  There is a lot to test one’s skill, and the game plays pretty darn well on the PS Vita.  With solid graphics, good sound, and some very intense and addictive gameplay, the only area that this game suffers is that the camera can be a ‘pain in the ass’ causing you to lose focus, and the touch screen feature should have an off option and as an accidental touch can end up in disaster.  Regardless, new fans will find a lot fun here, while returning fans may just enjoy a walk down memory lane with a portable version of a title they played over four years ago on a home console.  At the end of the day I don’t have any issue recommending this game as a possible purchase with your PS Vita, especially if you are looking for some fast paced arcade action to test your gaming might.