Foot to the floor, no regard for the rules, wind in my hair, the music cranked and the cops on my ass. Like many red blooded males this is the recipe for a wet dream and also the components of the latest game in the Need for Speed franchise (minus the wind, you know, unless you set up a fan). Considering all these things I know that I really badly want to love this game but unfortunately a few niggling factors are keeping me from enjoying it as much as I’d like. Of course this doesn’t mean that the game is bad, in fact it’s quite the opposite, but when you can clearly see the potential laid out in front of you it’s a little bit disappointing not to see it come to fruition.

If you were to look back over the Need for Speed titles the most successful in the series both sales wise and critically would have to be the Hot Pursuit and Most Wanted games. Pulling from both of those success stories the newest EA studio, Ghost with members of Criterion (of Burnout fame), gives us Need for Speed Rivals. The open world style that racers ate up in Most Wanted is present with the entire map open to you right from the start and it’s combined with the fantastic cop action that they also came to know and love in Hot Pursuit. In this regard the development team can chalk Rivals up as another success story in this long running series. It’s evident right from the start that Rivals doesn’t take itself too seriously and is happy with its place being firmly in the arcade racer genre. I appreciated the fact that they realized they aren’t trying to make another Forza here. 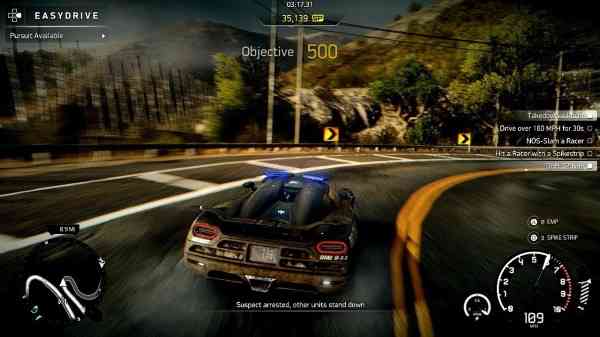 Upon starting the engine on this bad boy you’ll be dropped into a quick tutorial where you’ll learn the basics of being both a racer and a cop. The elements of both are the same for the most part with the obvious difference being that you’re either the buster or the bustee. As you advance each career path, which you can switch from cop to racer at any time might I add, you choose from Speedwall Lists that consist of tasks that need to be completed in order to further your game. Depending on which faction you represent at the time the lists will contain things like winning head-to-head races and escaping the fuzz for racers or conversely busting a certain amount of racers and winning Hot Pursuit chase events for the black and white. As with any game these tasks get more difficult as you advance but your access to more badass vehicles obviously opens up too as you build SP points to buy new rides and perks.

First thing you’ll notice on entering Redview County is exactly how pretty it looks. Considering this is a next-gen ‘beef up’ of a game that had to keep past gen in mind it stands up well. It definitely looks next generation. Little things like sun flares, weather effects and dust kicking up will help sell it even further. One of the things that sold it for me was trying to escape the cops in the dead of night while the police chopper strategically placed itself in front of me with its searchlight blinding me through my windshield. My adrenalin was pumping as I piled into a hard corner and frantically searched for my line so I wouldn’t wipe out. Well played Ghost, well played. Let’s not forget the fact that should you get busted by those cops you’ll lose all of your built up SP too. This ‘edge of your seat’ gaming thrill ride can be a nerve wracking experience too.

Not to be outdone by the environment of course is the vehicles themselves. Very polished with the light reflecting off all the right curves they look amazing. I appreciated how each one handled as well with a good sense of weight to each car. Of course every vehicle has its own nuances to master and once I found a few I liked I focused on beefing everything on them to 100% in a hurry. Control wise I really feel as if Ghost managed to balance the split of realism and arcade racing. Steering is solidly real feeling but the ease with which you can put your car into a drift or pull a 180 is all arcade and surprisingly easy to learn. This balance made me feel that no matter how good the racer was that I was playing against I could hold my own and give him a run for his money. 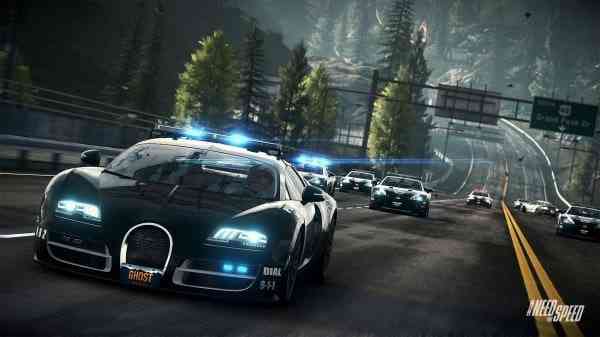 As you purchase vehicles (or have them given to you if you’re playing as a cop) you’re able to upgrade different parts of your vehicles. The obvious categories being strength, durability, control, acceleration and top speed. Keeping things simple they have five levels and they’re nothing more than a purchase. No sim-level adjustments to be made. Players also have access to Pursuit Tech which are the weapons and defense systems you’ll need to survive the open road. Putting them to use is great fun and as I played I couldn’t help but make comparisons to the great arcade racer from Bizarre Creations, Blur, that I loved to death. Nothing says fun like using a shockwave to blow your friends Porsche into a wall or off a cliff. Finally, as you complete Speedwall Lists, you’ll also unlock liveries and the like to adequately pretty up your ride.

It’s all well and good if everything looks and plays well but if you’re lacking a solid soundtrack then racing just isn’t as much fun. On a personal level I really enjoyed what EA managed to secure for me to rock out to while I hit the throttle. There are lots of genres represented with a very generous amount of the wub-wub-wub dubstep that fits very well with high speed action. Vehicles themselves sound amazing as well especially with a solid pair of headphones.

The real shining star of Rivals is supposed to be the new All Drive system. Essentially it’s a fancy way of saying ‘always online’ and while it’s ramped up to be the next evolutionary step in racing games it suffers from a couple negatives that really prevent it from becoming Rivals’ crown jewel. The first thing that I have to complain about is the entirely unreasonable wait time to access a game. As of this writing there are teams at EA apparently looking at the issue but the fact remains that right now it’s a problem. Upon start up I’ve waited up to 5 minutes or more just to be dropped into a lobby. Often times after all that waiting the lobby I’m dropped into is a single payer game at that. Once you’re finally into the game you could be mid-race and have your screen go black momentarily then flash to a load screen while you’re informed that you’re migrating hosts. When the game comes back there tends to be a three to five second delay where you can hear everything going on but your screen is dark which will likely cause you to wipe out. ARE YOU SERIOUS EA? Why this would be hosted personally and not on a cloud server is beyond me.  The only thing I can think of is that possibly the past gen consoles weren’t capable of this so therefore that functionality wasn’t built in. In this reviewer’s eyes it is something that desperately needs fixing. 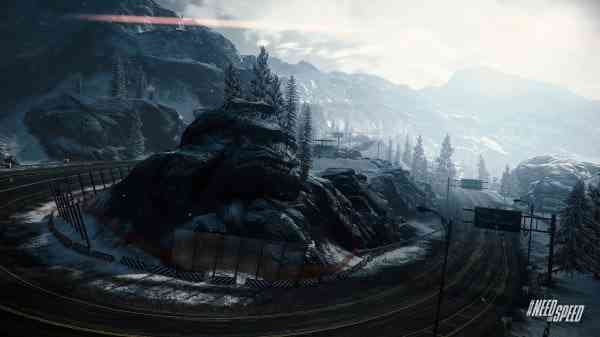 Another issue is the fact that the map is huge and you’re only online with five other people at a time. You need to make a very concerted effort to track them down to interact with them or else you’re largely faced with your single player campaign and the AI. Perhaps this is another issue with the old machines not being able to handle more and the new version not being updated to accept a new capacity. I really think that if there were more racers to interact with that All Drive would fare much better.

Now I have to be clear that the All Drive system isn’t all bad and if these kinks are worked out in a patch or in future titles I really like what it’s trying to do. There’s something really fun about being able to pursue my own single player Speedwall List goals online with other racers. Just to make it a bit more clear as to how it works I can give an example. My Speedwall List asks me to win two head-to-head races and as I’m cruising Redview County I come upon another player. I challenge the racer with a push of the LB and should they accept I have a race mapped out on my GPS right then and there. I’m challenging another person and playing my own game at the same time. Even better is when you can get six friends all together and travel as a pack of racers and cops getting into all sorts of trouble.

As we move into this new generation of racing games it has to be said that EA and Ghost are taking a step in the right direction with the All Drive system. Once all the kinks are worked out and the participant numbers are amped up we’ll really be able to see what it can bring to the table. In the meantime though Need for Speed Rivals is a competent arcade racer that is sure to get the heart rate up with some real ‘edge of your seat’ cops vs racers action.