On a whim, I recently decided to go back and watch Naruto Shippuden from start to finish. Though I’m still not through it all, re-watching the series has rekindled my interest in the Naruto universe and left me searching for new videogames under the license that stand up to the source material and anime so many still adore. Enter Naruto to Boruto: Shinobi Striker, a brand-new game set in the “Narutoverse” that appears to introduce a style of Naruto game unlike any other that has come before it; and thankfully, it does just that. Shinobi Striker is a fun, fluid, team-based multiplayer fighting game with an addicting loot and customization system that kept me hungry for more. It’s just a shame some of its promise is wasted by an overall lack of content depth and a few developer choices that make its shallowness even more apparent.

If you’re looking for a deep retelling of Naruto’s story, or new chapter in the saga all together, Shinobi Striker is not for you. In fact, there isn’t really a “story” at all. Instead, Shinobi Striker focuses on online multiplayer battles and a batch of unlockable solo missions. You get the solo missions by talking to characters from the series in the small hub-world, with most of them being prefaced by a short cutscene introducing the mission. The core of the game is its multiplayer, so the lack of a full-fledged campaign isn’t too disappointing, but I can’t help but admit it would have been awesome to see my custom avatar take part in a unique story told in the Narutoverse. As for the solo missions, they are a fun diversion from the PvP and are used to unlock new masters and, in turn, new jutsu and abilities for your character. They do tend to get repetitive after a while, however, as many of the missions are merely repeats of earlier ones with a slightly altered objective or harder difficulty.

Shinobi Striker’s real bread and butter though is its character customization, tense multiplayer battles and how they both work together. You begin the game by creating your own unique avatar, and though the options for how I did this felt somewhat limited at first, I soon realized that in Shinobi Striker, your character is a constantly morphing entity. As you progress in the game, you begin to unlock new jutsu, cosmetics, weapons, and more that can be equipped to your character at any time. There are hundreds of items in total to collect and not counting jutsu, which come from training with masters, the rest are obtained from Shinobi Striker’s version of loot boxes: scrolls. Rest assured, though, these scrolls are earned at a brisk pace by playing the game and I could not find a single way to purchase any in-game item with real money. Opening scrolls to find rare weapons or new outfits was surprisingly addicting and provided tons of options to alter my character depending on the mood I was in. It was also amusing to walk around the hub-world and see how everyone else in the server chose to decorate their avatars.

But all this means nothing if the gameplay isn’t up to par, and thankfully, it is. On a basic level, Shinobi Striker is a third-person action fighting game where two teams of four duke it out in on arena-style maps. It has already drawn comparisons to the Dragon Ball Xenoverse series, but it also contains four distinct class types such as those you’d find in MOBAs or Overwatch. Those classes are attack, ranged, defense and heal and are integral to the gameplay of Shinobi Striker. Each jutsu in the game is assigned to one of the classes (or occasionally multiple) and you are able to build out each class to your liking with the jutsu that are allowed. This gameplay loop of playing matches to level up my character, unlocking more jutsu, updating my loadout and hopping back in to games is hugely rewarding and enjoyable. If you would rather not spend a lot of time on your own character, you can always play as one of the 20 included canonical characters from the series such as Naruto, Sasuke, etc, but I found it more fun to use my avatar more often than not. Choosing a pre-existing character for a match also has a major downside, in that you cannot change to a different character for the duration of the match, whereas with your custom characters you can switch between classes each time you die if you so choose. I didn’t understand the reasoning for this limitation on player choice. Letting the player choose any of the characters at any point during the match would make a lot more sense and wouldn’t cause any balancing issues to my knowledge.

Shinobi Striker’s moment to moment gameplay is quick and punchy. Like any good ninja, you can walk on vertical surfaces, jump and dash through the air, and even throw a nifty wire kunai that attaches to walls and pulls you toward them. Zipping across the stages is half the fun, and it feels even better with the game running at a consistent 60fps and sporting some impressive animations. The combat itself is also deeper than it initially appears, and though it’s not on the level of something like the Ultimate Ninja Storm series, there are enough combos and neat tricks to learn to keep the skill cap relatively high. Much of the true skill, however, simply comes from gaining extensive game knowledge over time. 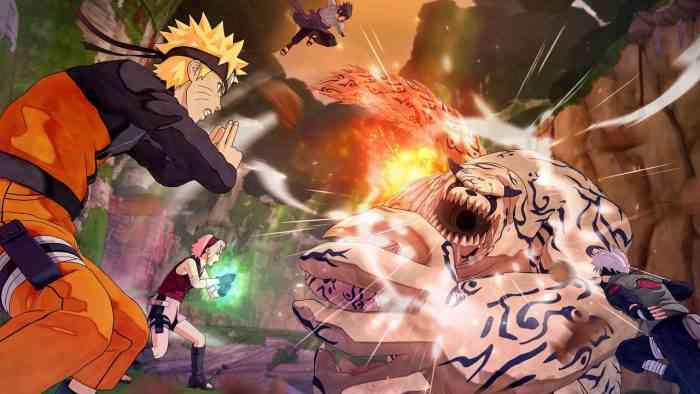 Where Shinobi Striker really starts to crumble is when you start looking at the available game modes. There are only four total: base battle, combat battle, flag battle, and barrier battle and they take place across five unique maps. These modes are your typical multiplayer fanfare, but what really troubles me is that in spending nearly a week with the game, half of those modes (flag battle and barrier battle) were completely unavailable to play. For the first five or so hours of playing, I figured I needed to unlock them somehow, but it turns out the developers literally disable certain modes to all players as they see fit. For a $60 game with such limited modes to begin with, it is absolutely baffling the developers would intentionally restrict access to some of them. I was able to watch footage of the other two modes from previous betas of the game, but not being able to play all the modes before I could write this review is beyond frustrating.

Ultimately, Naruto to Boruto: Shinobi Striker is an entertaining, competitive, and addicting game that truly captures the visual style and overall feel of the source material. Its thorough character customization allows you to create your ideal ninja, both in looks and fighting style, and its competent multiplayer action lets you unleash your powers in flashy elegance. I’m still perplexed at the choice to restrict the already minimal content, but the fundamentals of the game are solid through and through. With some additional modes and quality of life changes, Shinobi Striker has the potential to assert itself as one of the strongest, and most unique Naruto games to date. 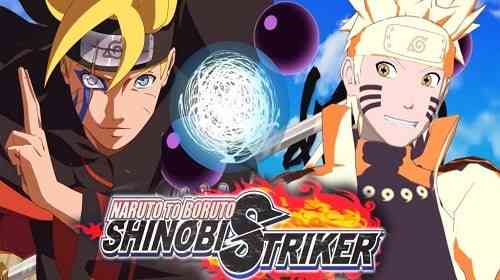