Is there anything more maligned than the video game based on a movie? Sure, there have been a few here and there that were actually good but that result is seemingly the exception rather than the rule. WayForward are the latest to take a stab at turning a movie into a good game with The Mummy Demastered. Will this 16-bit Metroidvania be one of the rare “good” movie games?

If you were hoping to be playing as Tom Cruise I have some bad news… you’re not. Instead, players control an agent of the elite monster-hunting organization Prodigium. They are tracking Princess Ahmanet through tombs, forests, tunnels and the streets of London. Occasionally the lovely Princess will try and stop you with a giant monster or two, but you won’t be in the dark long as Russell Crowe, who looks a lot like Ewan McGregor in 16-bit, will be in communication to lead you to the next location. If the movie itself was mindless fun, then consider the game mindless fun too.

Now that the setting is out of the way, let’s get down to the nitty-gritty that is the gameplay. If you’ve played any of WayForward’s Shantae series you know they make a pretty decent Metroidvania. The Mummy Demastered mostly follows suit. There is the basic non-linear map, plenty of weapons, a few upgrades to unlock new sections along with some upgrades that will have the player going from zero to hero by the end. Pretty standard stuff, but ultimately it feels slightly generic as there is nothing to make the player really seem special.

“For being mostly video game fodder the general enemies are at least interesting.”

That generic feeling does fit with the character of simply being a regular agent in Prodigium, but it’s also kind of boring. Weapons are weapons, we’ve seen them all before, guns shoot bullets, flamethrowers throw flames, grenades go boom. There is a pulse beam and a harpoon gun, but still nothing too exciting. The fun in Metroidvanias are often the powers. These too, however, mostly feel generic; hang from the ceiling, run faster, jump higher, go underwater and phase dash. The phase dash is, by name alone, the only really interesting one, but it’s still just a dash that can go through enemies.

So how about those enemies? For being mostly video game fodder the general enemies are at least interesting. They may not be so challenging as to actually trip you up, but they do offer a good variety of attacks and visuals to keep them from being boring. The bosses, on the other hand, can be the epitome of boring. They certainly look great, but apart from that are mostly just bullet sponges who don’t know when to die. Yes, each has multiple differing attack patterns, but don’t offer much of a challenge on their own. The real challenge lies in being bothered enough to even get out of the way of their attacks or not just standing toe-to-toe hoping your giant pool of health is greater than theirs. I did die a few times to bosses only, but it was due to a combination of my not caring about being hit at times and not feeling like topping off my health fully beforehand. 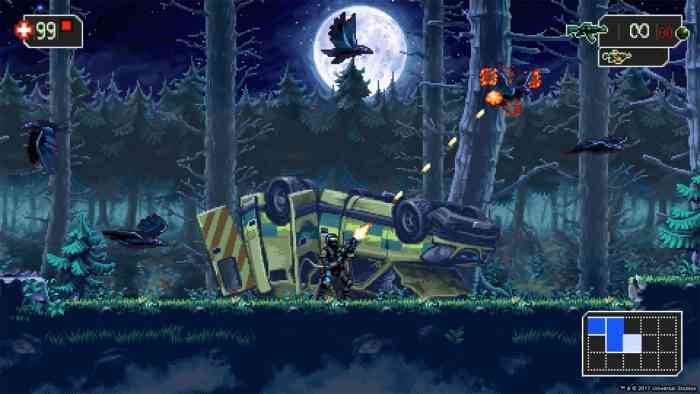 Enough of the not so great though and onto the good. The controls in The Mummy Demastered are tight and very precise. With the exception of one precision jump that had to to be made with the sprint ability, I never felt like I wasn’t in full control at all times. To be fair, that section probably could have been designed to be slightly less pixel perfect in the timing, at high speed no less. The other good to talk about is the visuals. A 16-bit style is pretty high on the retro appeal scale and the game really does look great with this aesthetic. The music isn’t bad either. Nothing special, but not irritating in any way.

Where does that lead everything? The Mummy Demastered just feels too generic of a Metroidvania overall to give players any real lasting impression. It’s the kind of game that you’ll play through and mostly enjoy, but when it’s over you’ll have a hard time recalling any defining moments. It’s a decent Metroidvania, just not one that you’ll remember for very long. My play-through ran roughly seven hours and if I didn’t have to write about it, I easily would have forgotten the majority. Is it a good movie video game though? For a movie game probably, but as a game overall, it’s mostly just slightly above average, a little too generic in its offering to really be something special. 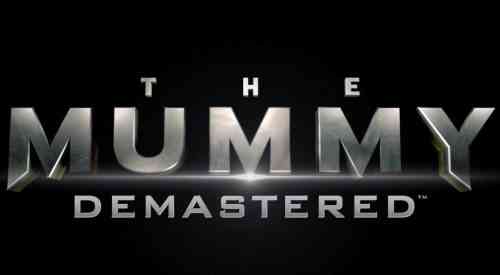