Miitopia For The Nintendo Switch Review – Heroes With A Thousand Faces

Miitopia For The Nintendo Switch Review

Character customization is one of the best parts of any game. For me at least, my investment in a game can be dramatically increased with a good character creator. Miitopia takes this concept and runs with it, letting you cook up the entire cast from scratch. Whether you want to put all your friends and family, or just a carnival of unspeakable horrors, in the starring roles? Well that’s up to you. I’m not sure that Miitopia has much more than that to offer. I’m also not sure the game needs anything else.

An unspeakable villain has stolen everyone’s faces! It’s up to you and your merry band of heroes to get those faces back and save the day! There’s more to the story than that, but I couldn’t retain it. The main narrative is crazy dull, acting as a thin cardboard container for the game’s core activities. Although you’re traipsing around the country retrieving faces, your main focus ends up being your party. Hopes, dreams, and common interests are all slowly uncovered as you go on your journey. Who will form lifelong bonds with who? Which one of you has developed a taste for goblin ham? Who has the most spine for scary movies? While I couldn’t get invested in the main story, Miitopia’s side content ended up pulling me right in.

While on your travels, members of your party will chat with one another. During their many, many stops at various inns, bonds are formed and strengthened. Miis will train together, eat together, exchange gifts, trade secrets, and go on leisurely outings. In the midst of all this, you’re treated to a steady stream of cute, clever dialogue. This, in my mind, was the real story of Miitopia. Everything else, the epic quest, the fierce battles, the various exotic locales, all of that was just brightly colored filler. The main quest feels like something you endure while waiting for the actual story to resume. I wanted to see what my party got up to, what they dreamed of, what they hated. I wanted to see where these blossoming friendships would go. I wanted the results of my haphazard pairings, slowly brought to life through a string of quiet evenings in the inn. Kings and dark lords be damned, this was the story for me. 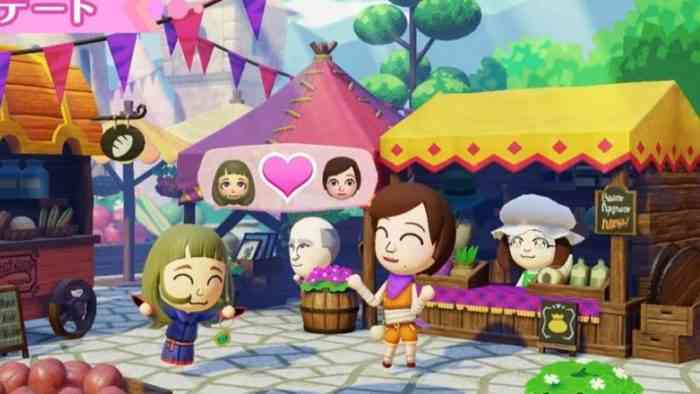 Of course, I chose to tell this story with a parade of weird horrors. The best part of Miitopia plays out before you even start the game. There was easily an hour and a half between starting it up and getting to the prologue. That entire period was spent crafting Miis, most of whom were not meant for the cold light of day. It turns out there’s a lot of wriggle room buried in those sliders and screens. If my enjoyment of this game is a pie chart, a full 50% is dedicated to character creation. Ghouls, wraiths, faded starlets, stoners, grandparents, and straight up demons – nothing is beyond the reach of this system. I’m delighted to report that the full range of possibilities is well beyond my meager skills. There are 500 slots for Miis available, enough for every character – no matter how minor – in the entire game. You can pad out that roster however you wish. This, more than any other feature, ensures that Miitopia has some real replay value going forward.

The Miis Of Your Dreams (Or Nightmares)

It occurs to me that an actual RPG is buried somewhere beneath the comradery and character creation. The system at work is perfectly serviceable. You don’t need to do any level grinding, healing items are plentiful, and the AI that controls most of your party is pretty snappy. If you’re truly not invested in the battles, your character can also be set to auto battle, leaving you with more processing power for things like dates and favorite foods. Things do get a bit tougher in the last half, but it’s nothing to balk at. My zealous attention to personal bonds and retail therapy meant that everyone was more than up to the task. Truly, you’re free to dedicate as much – or as little- focus to the battles as you wish. Miis with strong connections to other party members gain fistfuls of bonuses for every fight. This way, players more invested in the inn sections can still succeed. It’s a flexible system that vindicates my preference for the non-combat, non-story sections of the game.

Personal freedom and flexibility are essential components in any good RPG. Miitopia has this in spades, yet it’s sorely lacking in some other key areas. Things like the main narrative and the RPG portion are relatively threadbare. Even so, the highlights are charming enough that you’re not so concerned about that. In some respects, there’s barely a game here at all. And yet, I’m still charmed by what I consider to be the core gameplay. Not the tedious battles or the humdrum story, but the interpersonal bonds and endless customization. If you’re looking for some laid-back fun in short chunks, this will be perfect for you. On the other hand, the game is missing big sections of what makes a good RPG. So long as you’re up for a leisurely tour through an endless succession of inns, Miitopia will be a great time. 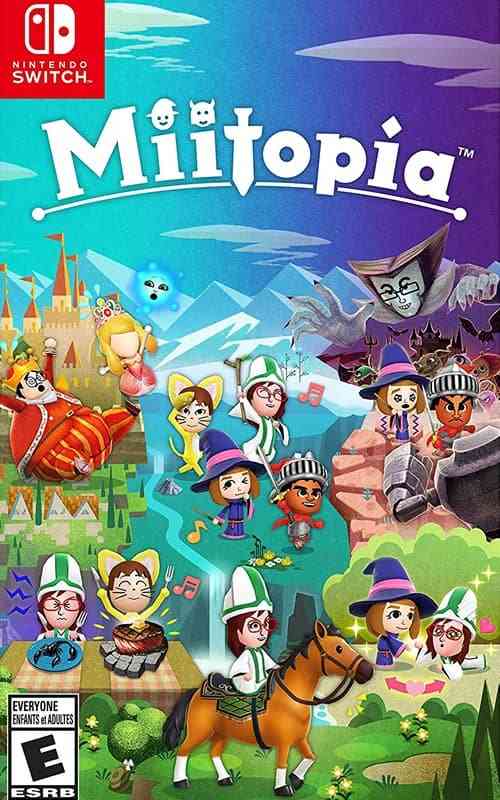