When Michael Jackson The Experience came out on the consoles, I thought the game might have been a deliberate cash grab from his controversial and premature death.  Fortunately the game turned out to be quite good and paid great homage to his immense talent. Thankfully playing the game on Sony’s new Vita saves any public embarrassment of trying to mimic the gloved one’s unbelievable moves.

Gameplay is similar to Elite Beat Agents where you tap and swipe, as indicated by dots and arrows that appear during each song, and scoring is based on how closely to the beat each move is performed. I would suggest placing your Vita on a hard but gentle surface, so the back screen won’t suffer any damage. It will become quite apparent, that holding the machine in your hand while trying to play is next to impossible. Disappointingly there are only 15 songs at present to play through while the console versions got twice that amount. Hopefully there will be some content downloads to address this in the future.

I found myself in the Freestyle sections the most.  This mode lets you swipe and tap to your hearts content.  Not only does this let you practice your inner Moonwalk, the game also awards you bonus points as you move along.  Each dance is ranked by letter grade if you finish it and you will need to start again if you have a very low letter grade.  As you progress and rack up points various unlocks start popping up.  Things like higher difficulty levels, trophies and song-specific bonuses like alternate outfits and back-up dancers.  Challenges are also another way to earn bonuses; successfully completing freestyle songs without repeating any moves for instance can earn you even more points. 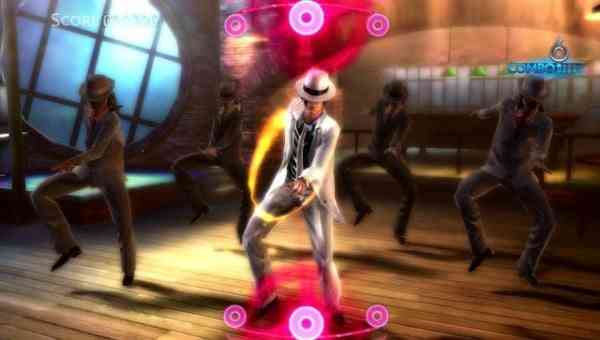 Michael Jackson The Experience is much deeper then I had anticipated, so those of you thinking of waltzing through the game may be in for a surprise.  That is not to say the game is difficult, the early levels (or songs) are easy enough to breeze by, but the game ramps up the tough factor pretty quickly.  I definitely had to re-do songs more than once, okay sometimes 4 or 5 times, to get through them.  The song selection also makes a difference, if you like the song it makes you work that much harder to get through it.

Ultimately, the games main focus is to successfully touch-control your way through all the games songs at every difficulty level, completing challenges unique to each song as you go.  Unlocking and then equipping different gloves will also allow you to do different things on the dance floor or enhance your abilities in ways which often makes hitting the challenges easier.  In an almost magical way the game captures the mystic that Michael Jackson embodied, so the little hairs on your arm may stand up here and there watching him. 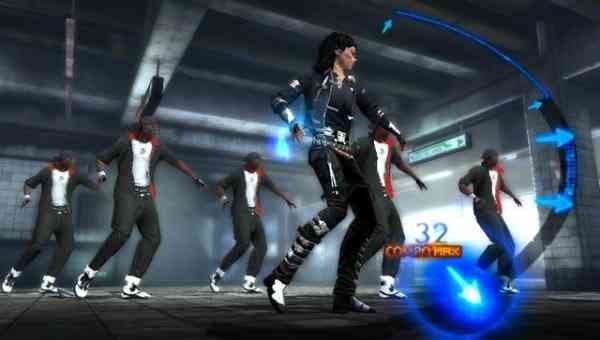 While the original games may have looked just okay, the Vita version is visually the best-looking Michael Jackson game ever.  The game has been re-worked and Michael looks every bit of the king of pop.  The Vitas OLED screen is simply stunning to look at.  Ubisoft took the art direction used with The Black Eyed Peas Experience and applied it to this PS Vita Michael Jackson game.  They reproduced fifteen environments with coordinating outfits mimicking MJ’s music videos. Yes, the expressionless faces are a bit freaky, but to see his most famous videos recreated scene for scene is quite a treat.

Considering that the original home console games had over thirty tracks, it is disappointing that this visually superior HD version has less than half that.  Even with the challenges and enjoyable gameplay, you may quickly experience song fatigue.  Of the 15 tracks on offer, they provide a kind of cross section of Jackson’s best dance-along tracks from throughout his career.  Fortunately the right tracks have been selected.  Most gamers will recognize his greatest hits along with a few that most have never heard of.  I was also surprised with the audio power of the little Vita. The external speakers sound fantastic; a definite improvement over the older PSP’s, but the sounds can be blocked depending on where your hands and thumbs are placed.  As always, headphones are my favorite, with the game’s music coming in crystal clear stereo.  Michael Jackson’s repertoire has never sounded or looked so good in a game like this.

With only a few hours of focused gameplay, Michael Jackson The Experience for the PS Vita is a little light on lasting appeal.  Don’t let that put you off though, as MJ’s music has a timeless quality and the presentation of this game is top notch.  What this game shows is that rhythm music games can be done intuitively and entertainingly on the Vita’s touch interface.  With a little more substance, this would be a quality piece of software for the launch window, but as it stands, it feels like it’s filling a niche until a more substantial package comes along.