Mark of the Ninja (XBLA) Review

Stealth. Moving unseen like a spectre in the shadows. A hidden, efficient hunter stalking his pray amidst the oblivious, unsuspecting masses. Patiently watching, waiting…for the perfect moment to strike. Sounds great right? At least on paper it does, but video games are a fickle lover. What seems like a great idea in theory doesn’t always equate to fun in reality. We as gamers have longed to scratch the illusive itch that is stealth mechanics; but as our industry’s track record has proven, our kinship with stealth games – old and new – has always been a love-hate relationship. We’ve had our success of course, as early as the game changing Metal Gear Solid, and then later with titles like Splinter Cell and Hitman; but we’ve always struggled to get the details just right.

A stealth game relies on your ability to remain silent and hidden as you carry out your objectives — out of sight, out of mind. The problem is that vision and hearing are senses that humans can neither touch nor see in the natural world, which makes judging the overall awareness of enemies in a game challenging. Various game developers have tackled this limitation with visual cues in the environment and UI, like meters for light and noise or mini map indicators. In my experience, these features have been moderately successful at best, rarely emulating the feeling of true invisibility. At least until now… 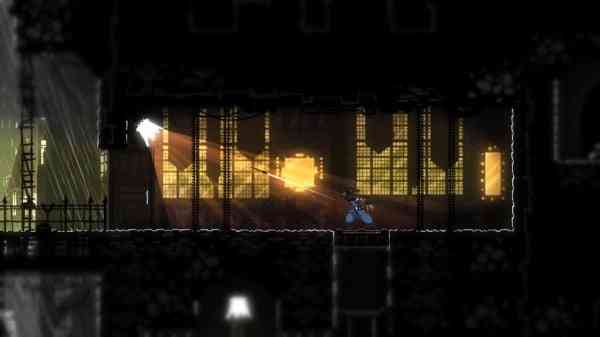 Klei Entertainment, a developer best known for their downloadable title Shank, is redefining what it means to be stealthy with the release of Mark of the Ninja, a 2D action side-scroller available on Xbox Live Arcade. You take on the role of a nameless ninja disciple, awakened abruptly from a sleepless dream by a female comrade. Your temple is under attack by soldiers, the alarm bells have been rung and your people are fighting desperately to survive this sudden onslaught. It’s up to you to determine who’s responsible and retaliate for the sake of your clan.

Mark of the Ninja uses both darkness and sound to hide you from your foes. When in darkness, your ninja is shrouded in black, almost invisible to enemy soldiers. Only the rays from ceiling lights or flashlights, among other sources, will reveal your presence. Sound is also a crucial factor, any loud noises made will erupt as visually distinctive blue circles that expand from point of origin — kind of like a sonar. If an enemy is standing within that circle he will be alerted to the sound and will rush over to investigate. The same goes for sight. If a soldier spots you in his field of vision, which could be short or far depending on how much light there is, he will immediately move towards your last visible location. Moving quickly from that spot can avoid a red alert, but it’s better not to be seen at all. If he does catch you, he will immediately open fire, and his buddies will come a running.

You can use your fists to temporarily incapacitate a dangerous foe, but kicks and punches aren’t fatal and are only meant to subdue. When in trouble, it’s always best to escape and wait until the alert timer runs out. When the threat is gone, the soldiers will return to their posts. Objects like plants, doors and monuments can be used to hide, allowing soldiers to walk by you without sensing your presence. Only a soldier’s K-9 companion, who’s purpose is to track your scent, can spot you when hidden. You can also climb on walls, hang on ceilings, crawl through grates; your choice of path is only limited to your imagination. 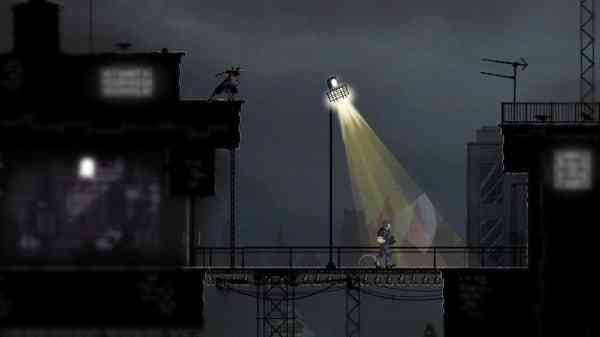 While you have many skills at your disposal to remain unseen, our stealthy protagonist isn’t afraid of a little blood…he is an assassin after all. Your ninja is armed with a deadly blade which only clears it’s sheath when a kill is certain; so you have to get up close and personal to perform executions. The execution system is one of best features in Mark of the Ninja, allowing you to quickly dispatch soldiers without raising the alarm. You can pull them into grates, drop down from above, lure them into deadly traps…the way you kill is very dynamic, and you have to plan carefully with every attack. When the deed is finished, hide the body in a trash bin or in a vent to avoid detection by fellow soldiers.

If that wasn’t enough, you will discover a number of tools to avoid or dispatch your opposition. Like the ever classic grappling hook you’ll acquire early on, giving you the ability to reach high places you normally couldn’t, like light poles and ceiling grates. The hook can also be used to lower yourself and dangle like a spider from a high perch, giving you wider access to light switches, security panels and other hard to reach mechanisms. If a room is too well lit, slow down time and shatter lights with lightning fast darts, which you can throw up to three at a time. To many soldiers in a room? Chuck a noise maker or a flare behind a bad guy to distract him as you pass by, or throw a smoke bomb in a group to disorient them. You can even lure your foes into brutal traps, like spiked mines, gruesomely dispatching your enemy and scaring the heck out of his buddies at the same time.

You’re not the only one with toys though, as the buildings you will traverse are littered with laser trip wires, cameras, auto turrets and a number of other goodies to block you on from your goal. You’ll have a heck of a time avoiding or disabling them without setting off the alarms or being obliterated by guided missiles. Darts and smoke bombs will be especially effective in doing just that.

These useful tools aren’t the only resources in your arsenal. You can also earn new, deadly techniques, new items and outfits through the upgrade system. These abilities are varied, and will aid you to be a more efficient killer, or to be stealthier — your choice. You unlock these upgrades by earning honor at the end of a completed level; a reward you receive depending on the amount of points you accumulate by the end of each mission; and the way you earn points is very diverse. Killing enemies creatively can result in a high score, but you also earn points for remaining undetected. 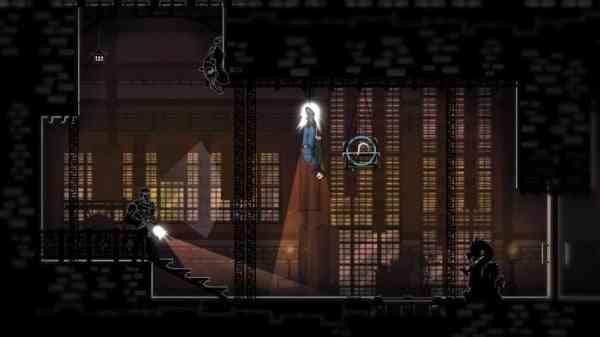 You’ll also find hidden artifacts and rare ancient scrolls, which not only give you points, but impart to you wisdom and further the plot line. Occasionally, you will have to complete puzzle rooms to get at these scrolls. Some of them are tricky, but well worth the effort.

On top of earning points through kills or game play, you can also complete different challenge tasks assigned to you in each level. Special conditions have to be met, like not shattering any lights or avoid killing soldiers in a certain area. Some of these are difficult to beat and will make the completion of stages harder, but with risk comes reward, and the challenges are completely optional. Regardless of your play style, either as a merciless killer or an invisible shadow, you will earn points and honor.

If you get stuck and can’t find your way to the next objective, you can access the handy map screen to determine your next way point. This screen also shows what the challenge tasks and collectibles are for each level.

The game’s solid mechanics are accompanied by a sexy, cartoonish visual design, which I’m really digging. Not just the simple, stylish look of the environment, but also the impressive, fully animated scenes between levels that the Klei Entertainment team seems to be fond of. It’s beautifully drawn for a 2d side-scroller, and the animation cycles of your ninja and the enemies are pretty fluid. It’s not only well produced, but also well voiced – a great motivator to progress through the story and see what happens next.

Mark of the Ninja is an accomplished stealth arcade game with a ton of fast paced action, intuitive level design and gameplay, and a massive amount of replayable content. If you crave an experience of stealth and technique, a game that will force you to think on your feet and be fast with your fingers, then you will not be disappointed. Like a silent assassin, you won’t see Mark of the Ninja coming, and by the time it hits you, you’ll already be hooked.