Do you love soccer? Football? The people’s sport? Well, great news! Nintendo and Next Level Games have another installment in their Mushroom Kingdom sports series! Mario Strikers: Battle League is here with tons of Strike action. ‘Strike’ being their name for the technically-distinct sport played by teams of five in soccer stadiums, with soccer uniforms, and a lot of soccer rules. But not all of them. For starters, there’s a lot more power-ups in Battle League than in soccer.

My power-up experiments yielded mixed results. Koopa shells are great for bowling over a crowded field of defenders, while bananas work well against me, specifically. Mushrooms give you a speed boost, which can be helpful if deployed correctly. Last but not least are the Hyper Strike orbs. Unlike the other items, these orbs are absolutely essential for winning most matches. Pulling off a Hyper Strike is tough at first, but you quickly get the hang of it. So long as you can actually get a teammate to collect one of these bad boys, you’re in excellent shape.

Not Him! The Other Guy!

For the most part, the controls in Battle League are spot-on. Passing, shooting, dashing, all of these are simple to execute. Tackles and switching teammates are different matters. Tackles are tough because no one ever sits still, which is fine. In fact, the only time you can easily land a tackle is when someone is setting up a Hyper Strike. If you time it right, the move is interrupted and the day is saved. Otherwise, you’re unlikely to connect with your opponent. Somehow switching is even less reliable. 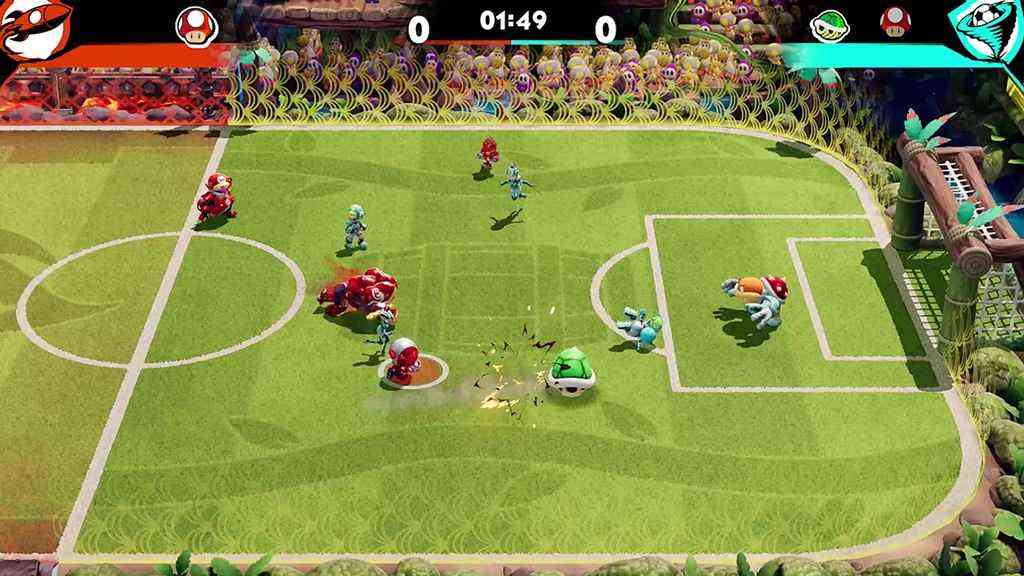 I can’t stand the switching mechanics in Battle League. If you set them to Automatic, you’re at the mercy of the AI, which is bad. If you go manual, you’re almost as likely to end up floundering. I’ve flubbed my defense countless times, all thanks to the switch system. Even hammering on the button doesn’t help, since you’ll likely cycle past the teammate you need. This wouldn’t be such a big deal if your teammates weren’t so useless. More often than not, they seem pretty lost on what happens next.

You do have some control over your teammates. It only comes into play in between matches. You can use the coins you earn to buy gear. Things like helmets and chest pieces can change your players’ stats. This is great for some of the solo tournaments, where the enemy playstyle is clearly defined. Maybe you set yourself up for speed against a speed-focused team. But that doesn’t change the core ability of your AI teammates. All this means is that your skills need to sharpen up crazy fast.

Dive Into The Deep End

My first few matches were brutal. Part of this was my fault. I skipped a lot of the tutorial section and jumped straight into a match. But I’ve always been more of a ‘learn by doing’ sort of player anyway. Part of the problem was scoring goals. Charged shots are the only ones with a slight chance of getting in. You also have to make sure the shot is aimed correctly. You also have to make sure the defenders aren’t going to get in your way. In other words, Hyper Strikes are your only feasible path forward.

It’s possible to get regular shots past the goalkeepers, of course. It just feels like a huge gamble, rather than a test of skills. Even Hyper Strikes rely on a certain degree of luck. If the Strike is less than perfect, the goalkeeper has a chance to deflect it. You’ve got a bit of a learning curve to overcome, in other words.

All of this is centred on solo play, but this isn’t where Battle League is focused. The real meat of the game is in the multiplayer. I haven’t much to say on that front, unfortunately. I’ve got no access to the servers until release day. What I can tell you, is that there’s a bunch of customization options you can unlock by digging into the online content. In fact, single-player feels pretty threadbare in comparison. Between this and the tiny character roster, solo Strike enthusiasts might be left wanting.

Once I got past those first matches, Battle League was a lot more fun. Every match is tense, fast-paced, and packed with action. You’ve got a layer of strategy with the gear, and every character plays differently. If you’re looking for some Mario-style soccer, this game delivers. On the other hand, it’s a thin offering for solo players. Online matches will greatly extend the life of this game, if you’re looking for more challenges. I wish the teammate switching system wasn’t so clunky. I’d also love a larger roster to choose from. But if you’ve got enough opponents, Mario Strikers: Battle League is a pretty great time. 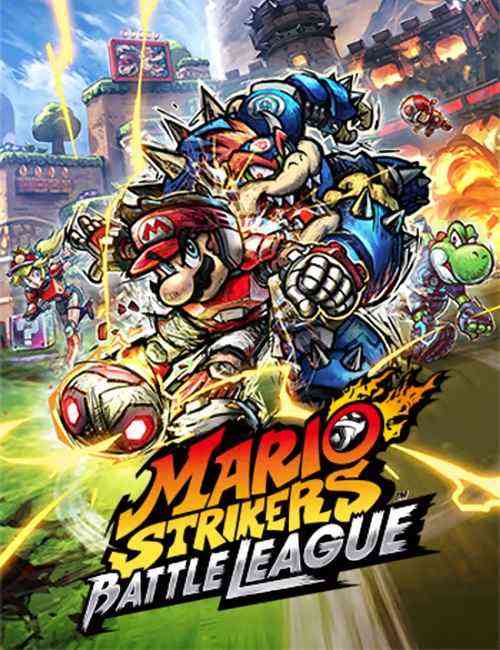