I am regularly accused of being a man-child. I take pride in this as I find that regular grownups are boring. All they do is talk about is mortgages, the weather, and how much they enjoy eating vegetables. Bleh. The key is to take something grown up and then go about it like you’re twelve. Or vice versa! Take gummy bears for example. Safe for children? Yes! Now if we were to take those same gummy bears and soak them in vodka…something magical might happen! Or how about a 25th birthday party with a theme of video games and junk food induced regret? Yes, I said 25. It was all fun and games too until somebody busted out the tequila and Mario Party: Island Tour for the 3DS.

It’s become abundantly clear over the past couple of entries of the Mario Party series that Nintendo intends to mix up what we’ve grown to know and what we have been comfortable with for so long. In regards to Mario Party Island Tour, it offers a plethora of new and interesting mini-games which utilize all the tools that the 3DS has to offer, it has everyone’s favorite returning characters (except Donkey Kong, whom I’ll never forgive them for removing.), there’s a new game mode in Bowser’s Tower, and there is a handful of new boards to play on, none of which offer any semblance of traditional Mario party gameplay. Let’s talk about that last one first, shall we? 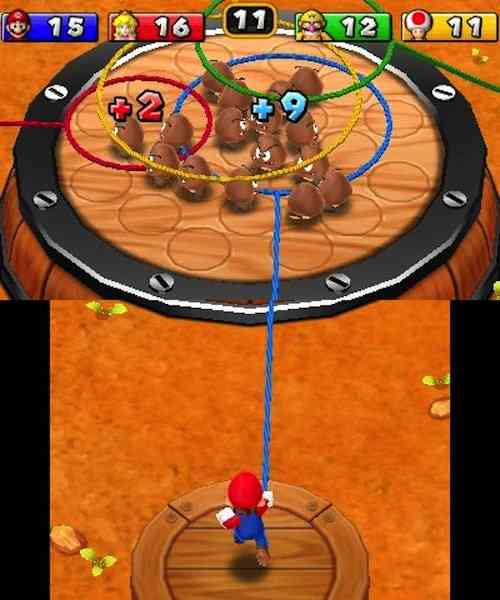 Change is scary. I like to keep things the same forever and ever dag-nabbit; but it’s hard to argue that change isn’t necessary for games when they’ve become largely stale and repetitive over the years, which is exactly what Mario Party began to suffer from recently. This time around, not unlike Mario Party 9 before it, coins and stars are gone! Each map features different objectives and goals to win. Each victory in a mini game provides you with a means of achieving that ever desirable “Superstar” title. For example, one such map has you gathering boosters for your rocket ship. Each booster provides you with a roll bonus for accelerated movement. In addition they can be saved and used in unison for larger movement multipliers. The bigger the numbers, the faster you get the finish line. On a very different board, you have a branched movement system. You can choose to move farther on the board and risk being blasted off the mountain by Bullet Bill or you can duck into a cave for safety. This serves to make each board its own unique experience.

Another core change to the Mario Party formula is the length at which these games run. These are very quick games. Gone is the 2-hour ‘punch-your-friend-in-the-arm-and-call-him-the-worst-name-you-can-think-of-a-thons’. Each game varies from 20-40 minutes depending on luck and/or skill, which have been very conveniently ranked for you board by board. Still, through all the new and the shiny I do miss classic Mario Party a little…is one board too much to ask?

Bowser’s Tower is a new game mode that has you tackling thirty floors of mini-games. The goal? Get to the top and stop Bowsers evil bubble making machine. Bad bubbles! Stop it! You know what you’ve done. The mini-game offerings in Island Tour as a whole are much improved from previous games. The controls are stream lined to usually include no more than one to two different buttons, or stylus, or tilt, or AR control. The vast variety of games ensures that you pretty much don’t double up on control styles more than a couple times here and there. The most interesting aspect in this ‘tower-of-games’ is the new Boss mini-games. After each chain of mini-games you are pitted against a boss in the style of a specialized single player mini-game and they range from enjoyable ones to those that can result in a 3DS shaped hole in the wall.  Bowsers Tower also serves as the games only form of any single player campaign. It’s a short ninety minute offering, and simple at best, but let’s face it, nobody plays Mario Party for the single player. How can you ruin friendships that way, silly? There are also a number of unlockables to be found throughout your adventures in Island Tour, and the Tower is a good place to start. 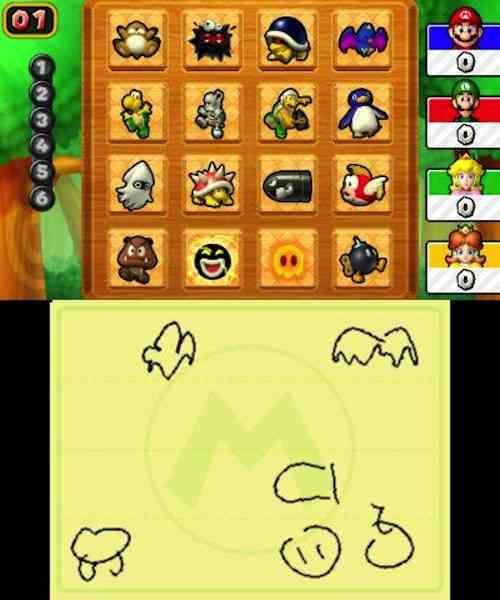 Anyone who has any experience with Mario games will find an instant charm in Island Tour, specifically with the tunes. Being the hopeless nostalgia nerd that I am I really dig the remixed classic themes. I’m genuinely glad that Nintendo is finally realizing, and utilizing, the vast goldmine of assets (e.g. music) they are sitting on to attract new gamers and to inspire “squee” in their longtime fans. It’s incredibly satisfying to race across Rainbow Road to Rosalina’s space castle one minute, and then avoid Bowser to the sound of his anthem from Mario 64 the next moment. Admittedly, I probably got too much enjoyment out of the little victory dances that each character does after they win a mini-game. Appreciate the small things as they say after all.

Mario Party: Island Tour does what it does very well. It freshens up what the words Mario Party mean in a creative and amusing way by shortening and remixing the board game experience. Instead of one game, you can play two or three in the same amount of time, but in that process it feels like you cycle through content a lot faster, leaving you wanting more than what’s available. It has a basic collectibles system, and a limited number of modes too. That being said, where Island Tour really shines is where it truly matters most, the games themselves. Simplistic and easy to pick up, the pure fun that results make this a great game for people of all ages and gamers of all skill levels. Even with a few minor hiccups along the way, Mario Party Island Tour is destined to be a 3DS group favorite for years to come, no doubt.