If 2017 proved one thing, it’s that audio is amazingly important to the experience of playing a game. Just kidding. 2017 was revealing in much more important ways than that, but the point of this article is audio in games so let’s focus on that. There are untold numbers of headphones one can strap to their melon, and thus the bar for excellence has risen to rather lofty levels. Luckily, Logitech has been around the block a time or two and have pumped out some really solid peripherals in the past. So, does the Logitech G433 stand out from the crowd, or blend right in?

Aesthetically, the G433 has a boatload of swagger. Our sample is red from tip to tail and manages to look more subdued that it ought to. It wouldn’t look out of place on the bus or in your favorite airport lounge. The outsides of the ear cups are covered in fabric that feels nice if a bit cheap, but it’s a big improvement on the trashy plastic used in almost everything these days. That same fabric is on the default ear pads too, but it’s noisy and not very soft, so the included suede-like replacements were very welcome. The rest of the construction is plastic, but it feels really sturdy. Twisting and bending the band doesn’t feel as scary as with other cans, and I wouldn’t hesitate to just chuck these in a backpack unprotected. 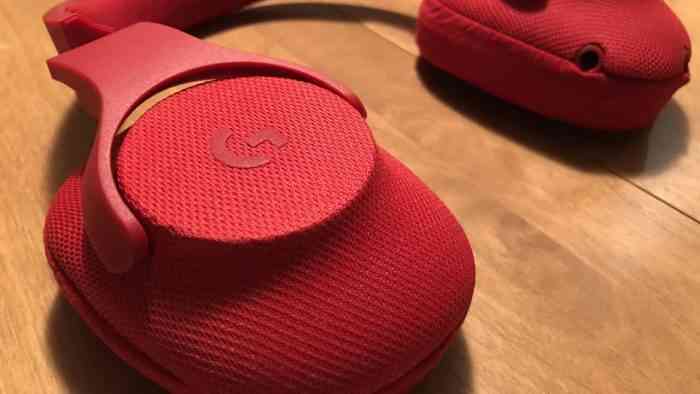 The headband padding is a bit… light. There’s adjustment of course, but if the headband sat too far forward on my admittedly large head, it got uncomfortable faster than I would like. Fortunately, correct placement equals great comfort, and the lightweight means these headphones are hardly a burden. The huuuuuuge ear cups themselves would easily surround the ears of a Vulcan, or possibly a Ferengi – seriously, they’re quite roomy. Sadly, glasses wearers will have to contend with the G433 clamping their specs, an annoyance at very least.

Other creature comforts like detachable cables and mic, a variety of connector, lay flat ear cups, and a soft carry bag makes the Logitech G433 a broadly useful pair of headphones that covers a lot of bases. 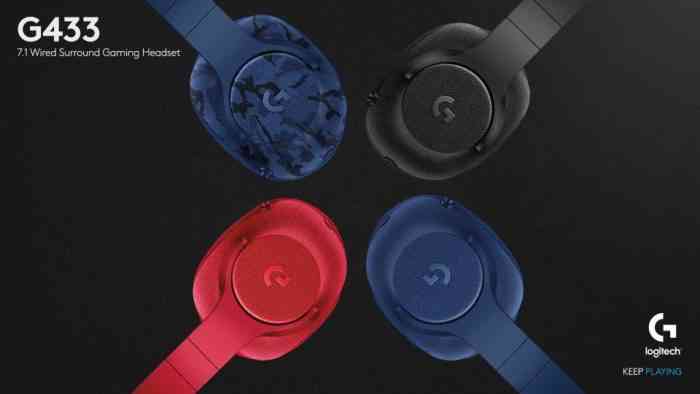 That all sounds pretty good, so how do they, y’know, sound?

I’ve listened to a lot of content on these things over the past few weeks, and performance has been good across the board. The sweeping soundscapes of Nier: Automata were full and grandiose, while the whispers and positional audio of Hellblade had the hair on my neck standing up. Response seems reasonably flat across the range, though possibly with a bit of a boost on the low end (gamers love the boom, right?)

When using an analog connection/the headphone jack, stereo is the only mode available. Using the included USB dongle (heh) Logitech’s software package can be used to adjust the EQ through a pretty robust interface, or enable the software based 7.1 mode. I played around with that too, but it’s not a great implementation. The rich and crisp audio of the stereo mode goes right out the window with fake 7.1 active, and sounds more like you’re in a big room with your ears full of mud. The positional performance is great without the DTS 7.1 mode on, so I’d recommend simply ignoring it. 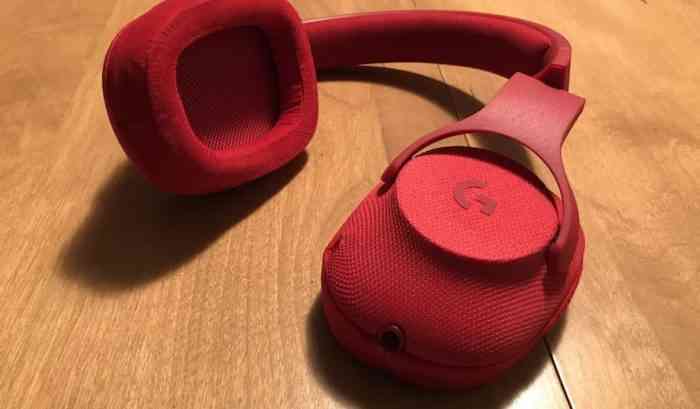 There’s a boom mic included, obviously, and it sounds about as good as you can expect from one of these headsets. Long story short, you’ll be audible, but the quality is only so-so. It’s fine for chat and the like, but I wouldn’t try to start a career in radio using the G433.

So there you have it. The Logitech G433 is a stylish, comfortable, lightweight, and good sounding headset that feels super durable and works with all your stuff. It’ll set you back around 100 bucks at retail, though I’ve seen them discounted way below that on Amazon. I feel they’re a solid value if you’re in the market, coming close to if not surpassing what I consider to be the gold standard in this price range – The Kingston Hyper X Cloud 2. 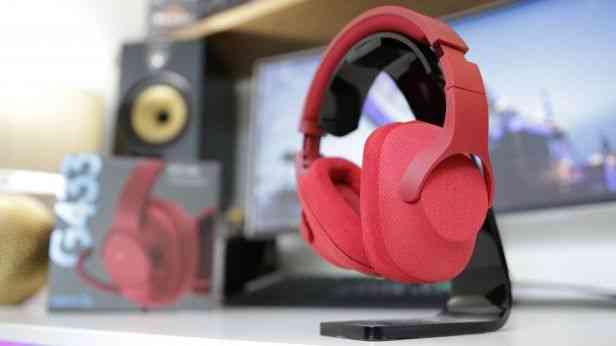