With the popularity of Mario Kart there is no shortage of karting games.  It is only reasonable that developers look to cash in on such appeal.  Developed by Vancouver’s United Front Games, LittleBigPlanet Karting (LBP Karting) attempts to take the wonderfully creative LittleBigPlanet package and expand the brand into the karting genre.  Does that automatically translate into a good game?  Let’s explore what LBP Karting has to offer.

The actual karting in the game is quite basic, almost too much so since the controls in LBP Karting are a near perfect recreation of the older Mario Kart games that I remember.  Not that it’s a bad thing but games do evolve over time, and the core game play here doesn’t feel like it has; especially given that United Front developed ModNation Racers.  On the plus side, if you’ve played other karting games, you will immediately be at home with the controls and they are simple enough for new players to grasp quickly. Mapped to the R1 button, holding drifts around corners builds up boost which is the key to winning races. There is a bit more depth to the controls but I found myself focusing on the core gas, drift and weapon mechanics.  The steering is extremely sensitive, too much so for my liking.  I found this especially troublesome transitioning from drifts to boosts. If you aren’t aligned just right you will careen off course. 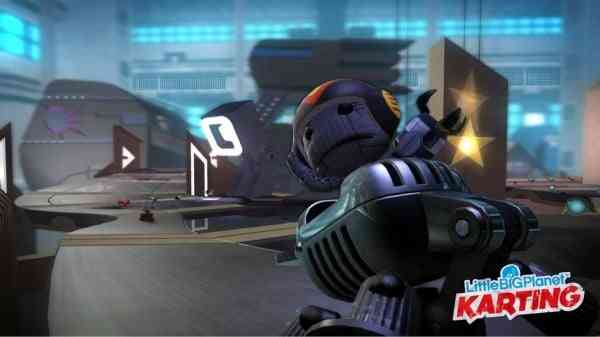 Event types range from typical races to versus events, team events, arena battles and several mini-games in the story mode.  This certainly helps to keep things fresh.  Mini-games generally have a reward goal that unlocks something special.  In true LBP fashion, tracks are littered with prize bubbles to collect and you are never too far from getting another power up.  This keeps the action frantic (as it should be, it is karting after all).  However, AI opponents are merciless.  Success in karting games often comes from winning from behind.  You do not want to be in the lead.  While the game offers a decent amount of defensive options and cues when to use them, you are pretty much a sitting duck if you’re in the first position.  This is something you can laugh about when playing with friends, but it is often frustrating when playing against AI.

With the game requiring 2.2GB of hard drive space for the initial install after popping the game disc in, the entire process can feel pretty long.  Expect at least 20 minutes before you’re actually physically playing the game.  I imagine this is because of LBP Karting’s level creator and editor.  If you haven’t played any of the other LBP games on PS3 or Vita, creation and customization is a huge part of the LBP package.  For the creative, it might be the main reason they’re playing this game.  The LBP creation community has proven to be amazing with some individuals creating some amazing things.  Let’s hope we see that sort of ingenuity here as well.  This part of the experience is as simple or as deep as you want it to be.  If all you are interested in is visually tweaking your character and cart, that’s just fine.  It is easy to do with the familiar Popit menu.  Alternatively, you can go about tweaking your home pod or even creating full tracks to share.  Just like in other LBP games, various items used in the creation process can be collected via prize bubbles placed around tracks and by achieving specific objectives in events.  As robust as it is, the truly great LBP creations take a certain sense of dedication and design talent that I don’t have.  I prefer to simply enjoy what others have created.  That’s the real beauty of LBP games.  You don’t need to be able to create to enjoy the replayability that the creation community offers.

For those interested in playing with friends, LBP Karting offers both split-screen and online play.  It is a little confusing at first because it isn’t accessed through a menu option like you would typically expect, but rather through the story mode.  Since the kart customizability is purely visual, you thankfully don’t run in to overpowered karts that you stand no chance against.  That’s long been a criticism of mine in other racing games such as Forza.  Here, online games come down to a mix of skill and pure luck.  Such is the nature of karting games. 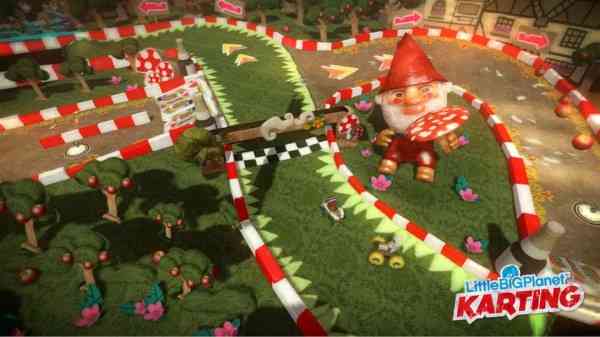 Little Big Planet games have some of the best use of textures in games and LBP Karting is no different.  It looks every bit like a LBP game with its cartoony yet abstract look that’s cute but not childish.  It’s almost a bit out-of-this-world in a psychedelic sort of way, but it works.  The game play is frenetic and the frame rate stays solid throughout.  Environments offer plenty of variety and are extremely colourful.  Since this is a LBP game, you can customize your Sackboy and kart to your heart’s content.

The colourful narration from Stephen Fry that really helps LBP games stand out returns.  In-game characters speak their own charming sort of gibberish and the whimsical soundtrack accents the game play without distracting.  All the quirky LBP sound effects are intact.  The sound in LBP Karting is everything you would expect from a LBP game.

I have no doubt LBP Karting will sell, but it will be more the result of brand equity than LBP Karting being a truly innovative karting title.  The creation experience is as simple or as deep as you make it, but strip away the LBP veneer and you have a rather basic karting game where gameplay carries the most weight in my book. LBP Karting falls just short of being a good game because the actual gameplay just feels a bit too elementary. 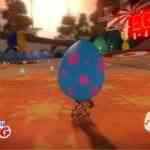 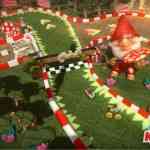 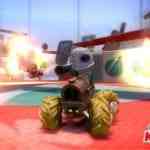 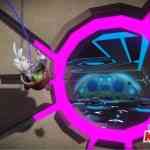 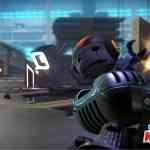 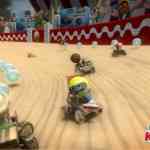 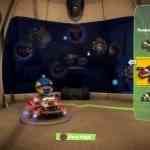 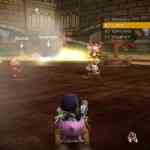 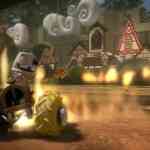 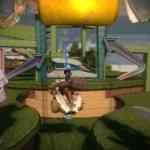 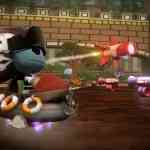 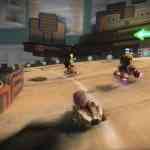