Here we are on the third and final installment to the Final Fantasy XIII series. While I’ve played FFXIII myself, I watched my sister play FFXIII-2 instead. With that said, if you’ve played both games, or know the gist of the story, it’s evident that one of the main elements in the game is the bond between the sisters Lightning and Serah.  In FFXIII you play mainly as Lightning to save Serah, then in the FFXIII-2 you play as Serah to save Lighting. For my sister and me, we chose to approach the FFXIII universe by playing the respective games we did, one for each, making our experience that much more memorable. I know cheesy right? Coming back around full circle it’s once again my turn to play as Lightning tackling whatever comes my way. With the first two games resulting in quite a bit of loose ends and criticism, I yearned for this final installment to bring the FFXIII series to a commendable close.

With Lightning Returns being a direct sequel to FFXIII-2, players who played the first two games will fully understand why and how specific aspects of the game exist allowing them to truly appreciate their significance. If players only managed to play FFXIII-2, the new story can be understood but the appreciation of certain characters and situations will be lost. Finally, if players only manage to solely play Lightning Returns, it does a favourable job of informing them of certain key events from the past via flashbacks and the like. Now, let’s delve into all the tidbits of Lightning Returns! 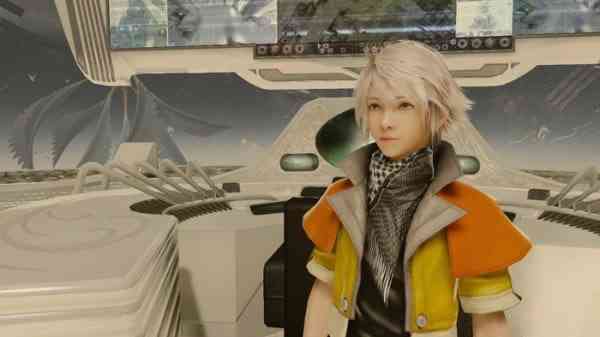 After the events of FFXIII-2, the world was flooded by Chaos and as a result turned the world into a timeless realm. Nothing could be born, people didn’t age, but sickness and disease still exist. Life cannot advance, only perish. Now, five hundred years after FFXIII-2, only four regions are left in the world of Nova Chrysalia and the world’s end is thirteen days away. But of course, this won’t do. Lightning, who has been in a “dreamless sleep” for the past five hundred years, has been awoken by the god Bhunivelze and chosen to be his servant titled “The Savior”.  His job is to help people find peace and set their souls free to guide them to the new world that Bhunivelze is to create.

I must say the introduction to this definitely caught me off guard.  I felt like I was listening to someone preach about how they are the almighty one chosen by God and it’s their job to fulfill his wishes and guide the helpless people towards hope when it’s all in relation to destiny/fate and all that hoo haa. I felt as if I was getting into something I wish I never had, but man do I feel the complete opposite now. Although the story revolves around quite a bit of religious-like aspects, it develops into a much more understandable and fulfilling plot that the first two games (especially FFXIII) should have contained. Even the side quests pulled at my heart strings at times. It’s straightforward and much more concise in terms of how it’s presented, so confusion is kept at a minimum. Likewise, any bewilderment that lingered with me from the first two games was cleared up in this installment, which I really appreciated. Although the first two games have paved the way for this third installment, it’s about time Square Enix that they got their act together. I guess third times the charm right?

One thing that I kept feeling throughout my play time is the fact that it feels like Square Enix is trying to please and make players who’ve played the first two games appreciate this installment more for its character interactions and customization than the story itself. While this is not a bad thing, it just gets silly and feels forced at times. Certain character interactions relate to the first two games and can only be truly appreciated if you’ve actually played through the respective game it is referring to. If you can grasp the significance of the interaction or event, they can make you feel like a big crybaby while others can make you ‘d’aww’ all over the place. It’s admirable how they brought old characters back while also relating them to situations and dilemmas caused by the world ending.  Another huge feature to the game that can’t be ignored is the amount of costumes and accessories available for Lightning. There are tons of things to customize Lightning with which is awesome, but it can get ridiculous at times. Undeniably though it makes the game entertaining and fun. Good ole fan service at its best. 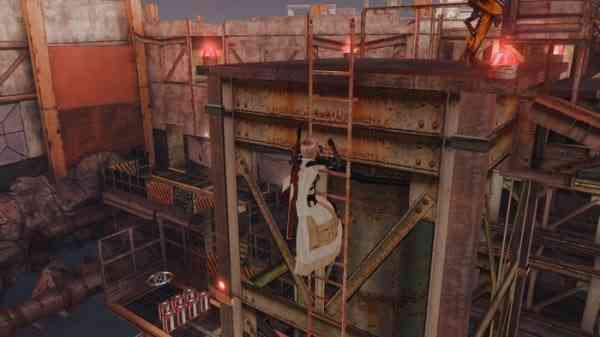 Lightning Returns took me roughly 43 hours to beat all the main quests and about 35 side quests while also occasionally mindlessly exploring the world.  Yep, it can take you awhile to finish this game, but hey, it’s an RPG, so what did you expect?

There are definitely changes from the past two games and new features that Lightning Returns contains that makes it special.  The old lazy battle system has been heavily modified and changed into a more interactive and action based system. No more lazy auto-battle! Also, since players only play as Lightning throughout the game, instead of “paradigms” for team based combinations, a “schemata” is in place for each combination of equipment and abilities players create for Lightning to use in battle. Players can also now walk around during battles and target weak spots on specific creatures. Meanwhile, the Crystarium System does not exist in Lightning Returns, unlike the past two games, so character leveling is replaced by obtaining stat increases through quests. Enemies are basically unchanged from the first two installments as they still have a set of moves that they initiate on players and generally do so in a fixed sequence.

Lighting Returns has a noticeably larger, freer, and more interactive open world compared to its predecessors. There are four main areas to explore with numerous amounts of objects and characters to interact with. Certain quests, areas, or events can only be accessed at certain times based on the in-game timer called the “Doomsday Clock”. This displays the current in-game time while also showing how many days until the world will end. A key feature to the in-game time is the ability to extend it. Although story revolves around the world ending in thirteen days, players actually start out with seven days and do quests to delay the world’s destruction for a maximum of thirteen days. The game also features an “Outerworld Service” which allows players to upload photos or messages in-game so other players can encounter them during their travels or they can post to Facebook and Twitter. 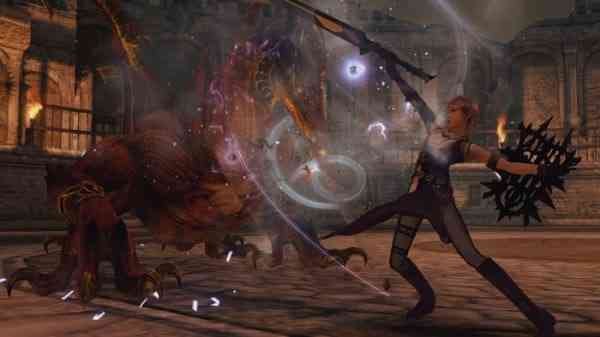 Final Fantasy games have mesmerizing and detailed animations, environments, and characters and Lightning Returns doesn’t fail here. Especially with the fact that there are various costumes and accessories to customize Lightning with, the designs and colors to choose from are far from disappointing. The costumes and accessories you pick even are even shown in the cutscenes, which is extremely cool. As for the game’s environments, the details of everything from the grassy fields to the desert sands actually had me looking at the entire surroundings and admiring it. During battles, the over-the-top elemental attacks with explosions of fire and ice results in battles that are flashy, eye catching, and make players feel all the more powerful. Whether it’s character design, the details of the world, or battle effects, all are aspects I couldn’t get enough of and as they are more than pleasing to one’s eyes.

In terms of sound, voice acting is the biggest contributor here while the memorable music and the sound effects top it off. Voice actors for the main characters remain the same from the first two games but the endless amount of NPC’s you encounter along the game’s narrative are all voiced too. Whether the NPC’s had a quest to give you or they are just strolling along, they are all voiced with their own charm. Music in the game is beautifully done like other Final Fantasy games and not once did I get tired of it. You’ll recognize songs that return from the first and second installments, but they still felt refreshing to hear. The music has the ability to make you sad, happy, excited, and even angry at the perfect time. Sound effects are focused mainly throughout battles and primarily stayed the same like in past installments. Without the sound effects, the impact and intensity that battles have wouldn’t nearly be as great. At the end of the day it’s the sounds we don’t consider at first, but it’s an underlying factor that truly does make a difference and makes the game complete.

Comparing all three games in the FFXIII series, Lightning Returns without a doubt held my attention the longest and I was pretty much addicted to the game. I almost forgot I was supposed to be reviewing it! For some strange reason, even with its mediocre plot and heavily emphasized fan service aspects, I really enjoyed Lightning Returns. I’m not sure if it’s because I’ve followed the series since the beginning, or because I’m a sucker for the characters and their relationships between one another, but this game made me experience a range of emotions that I haven’t experienced from a game in a long time. Whether you’ve had a good or bad experience with the series, Lightning Returns might change your view on the series for the better and is a game to keep in mind.

Next The Wolf Among Us: Episode 2 – Smoke and Mirrors (Xbox 360) Review – It’s Short, But it Has Strippers So That’s Good
Previous NBA Rush (iOS) Review – The NBA Meets Temple Run, Sign Me Up!