LEGO Friends (3DS) Review – All I see is Friends, where’s the LEGO?

With successful LEGO game releases such as LEGO City Undercover and LEGO Marvel, I couldn’t help but hope for LEGO Friends to be another successful addition to the LEGO game franchise. Although targeting younger girls, I hoped that it would not just contain the mere dress-up aspect, but also the prominent LEGO twist. The fact that LEGO Friends has real life LEGO sets and other merchandise I can only imagine the excited fans that now have the ability to interact with their favourite characters in a digital environment. It was like when the trading card game Yu-Gi-Oh! was released for the Game Boy Advance,  I was overjoyed! Nonetheless, will LEGO Friends be like the rest of the typical dress-up games already in the market or will its’ features prove that it can go beyond that?

You start off by arriving at a house in Heartlake City where your cousin Olivia awaits. You’re on vacation, but Olivia and her friends are still attending school and doing other activities which you will partake in. Olivia is a science girl, but if that’s not you’re kind of thing she’s got a good range of friends that will hopefully have something to your liking. These friends will let you participate in activities related to sports, music, fashion, and even animals. 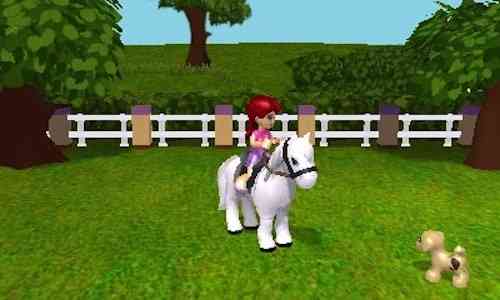 In terms of the story, it almost immediately stops expanding after meeting all of Olivia’s friends. After meeting them all you pretty much just run errands and play the mini games that are available to unlock badges, customization items, and other related things to show off your achievements and become a “true friend” to each character. Now, let me tell you, the errands are extremely repetitive since all you’re doing is running from point A to point B over and over again, occasionally pressing the action button to interact or pick-up items. On the other hand, the mini games can see be quite fun as they’re simple, interactive, and are quite fulfilling. An example of a mini game is juggling a soccer ball by pressing the correct buttons that appear on the screen in a certain time limit. Customization of styles and colors can be done throughout the game. You can feel free to customize yourself, pets, and your room. There is no AI dependent interaction in mini games as the only type of interaction with the AI is reporting completed activities to them.

Now you’re probably wondering: “What’s LEGO related about this game?” Sadly, other than having the environment made out of LEGO pieces, only three things: Being able to collect LEGO studs to spend on items in the game, the ability to use certain LEGO pieces to build items, and the ability switch between characters or pets. That’s it! The famous LEGO humor is nowhere to be found nor is the innovative characters, thedepth in gameplay or the usual “LEGO-ized” story. Considering this is a game directed towards a younger age group, I can painfully accept its lack of depth and such, but this can only last so long for a particular age group before they grow out of it, let alone tire of it. It definitely does not have the same feeling like past LEGO games that feel ageless, and in a way timeless.

For kids, the amount of reading is quite basic and various alerts and pointer guides will lead them to their destination. Also, everything is read aloud to the player, which is something to appreciate. 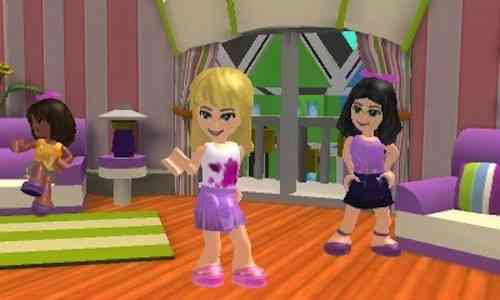 Overall, the graphics and animation were solid, but the lack of lighting, shading, and textures made it bland.  The environment felt as if it was made and basic colors were added and that’s it. Nothing stood out or popped in the environment and it just didn’t have any vivid environments like we have seen in past 3DS games. What bothered me was that the characters in the game didn’t change their emotional expression shown on their face during gameplay as the only time they would was during the short cut scenes.

Like most LEGO games, music is limited to the main menu and it just exists, nothing special about it. Voice acting in the game was something I actually really appreciated. Even though their voices sound too similar to one another, I did appreciate how clear and consistent their tone and speed was and I think it’s definitely great for the younger kids. One thing I had a BIG issue with was the sound effect for building the LEGO items. It literally sounded like a crackling, popping, static-like sound which extremely bothered me. Sound quality emitted from the 3DS was not nearly as smooth and fluid as other existing titles.

Unfortunately LEGO Friends doesn’t have any extravagant features that make it stand out among other dress-up like games.  Add to this that although LEGO is supposedly a main part of the game, it barely utilizes the brand power and you almost forget it’s a LEGO game. Even with the same people behind all the previously successfully LEGO game releases this game doesn’t show the slightest bit of what they are capable of doing. Sadly, they’ve stuck on to the typical features of a dress-up game and left all the innovation and creativity behind. Although this game might be enjoyable to younger fans it will most likely only keep newcomers busy for so long.  In the end I would suggest sticking to the actual real life hands on play set for LEGO Friends instead of this virtual representation of the license. 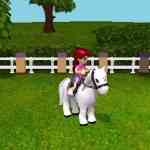 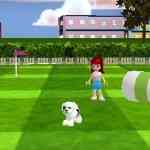 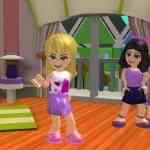 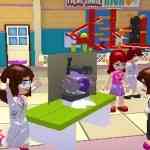 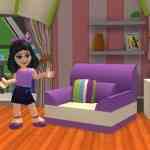 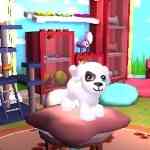 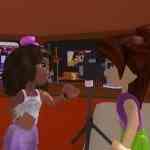 Next Powerstar Golf (Xbox One) Review – Not Quite A Hole-In-One but Not Half Bad Either
Previous Super Mario 3D World (Wii U) Review – A Mario 3D Platform Game on the Wii U? Yes Please.