Legend of Keepers is a neat rogue-lite from the French indie Goblinz Studio where you get to create dungeons full of monsters to defend it from greedy adventurers. The concept is hardly original, going back to the classic 90s title, Dungeon Keeper, and it even feels like the title might be a nod to it. But don’t worry, Legend of Keepers stands on its own merit with lots of fresh takes for the fans of the genre to dive into.

The all-popular rogue-lite elements give the game the usual sense of randomness and replayability where it tests the player’s ability of foresight, adaptation, and risk management. You’ll need to think about which traps to buy, which monsters to train, and how to manage your dungeon. Yeah, that’s right, you’ll also need to sharpen those managerial skills to keep your murderous employees happy! Apparently being cannon fodder isn’t the greatest job in the world…

Although not entirely similar, I like to think Legend of Keepers like a reverse Darkest Dungeon, as there are many points of comparison you could make. First of all, turn-based combat works the same way. You assemble a group of synergistic heroes (or monsters, in this case), line them up in the right order, and utilize attacks that affect a specific position within the enemy line. You can either defeat your opponents by dealing with physical damage, or by attacking their mental state.

How to Keep a Dungeon

Furthermore, the management works in some similar ways. If your monster got injured during their defense, they will become stressed out, which means that you need to either give them a break or risk them becoming unavailable to you. To make them stronger, you need to decide who you are going to spend money on training, which is also not too dissimilar to Darkest Dungeon.

I think the formula works quite well here and with the element of it being in reverse adding to the two games feeling quite different from each other. Of course, there are many differences as well. Your character, which is the master of the dungeon, is also a playable character that will await the heroes at the end of the dungeon, as all bosses should. This works as more of the main character that you will level up to carry the advantages between your many runs, and it’s always rewarding to unlock the next set of talents. 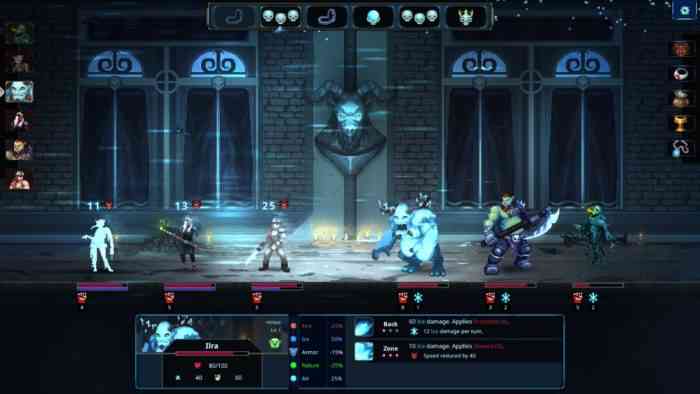 Between the defense missions, you will be given a variety of choices to make in randomized non-combat scenarios. These things vary from hiring a group therapist for your monsters (seriously) to sending them in separate contracts, where they will become unavailable to you for a few weeks to earn you some more treasure.

Is It Badass or Funny?

There are a few flaws to the system though, and for me, the biggest came at the depth of team-building. My favorite parts of rogue-lites are looking for synergies between my combos and chasing the perfect combinations of items/abilities/monsters to really make my team sing. There are synergies in Legend of Keepers, no doubt about it, but there are some problems around it. The most obvious one is that the choices you make in building/upgrading your team are very few and far between, and in games of randomness, having only a few chances to roll the dice just means you are seldom going to get the opportunity to see anything interesting. The second issue is that most of the synergies are sort of uninteresting, usually having to do with minor increases in damage and resistances, nothing game-changing. For players like myself, this is very discouraging, as the game then simply felt like I was just pulling together the best numbers, rather than creating interesting, unique combinations.

Writing-wise, there are some problems with the tone. It feels like it’s trying to be both a tongue-in-cheek parody of fantasy tropes and office culture, while trying to be dark and badass at the same time. You probably don’t really need to think about that to know that both those feels just clash in the worst way. Am I supposed to feel like an evil overlord destroying the world or a corporate slave? 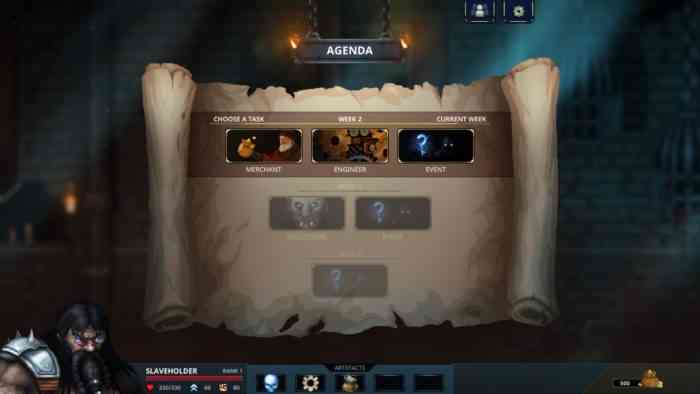 Honestly, either could work, but the story just needs to commit. I’m fine with a story of an evil overlord that’s constantly getting lost in the bureaucracy of the system, that would be hilarious. Unfortunately, as it is right now, the two sides never really interact with each other, which leads to the confusing question if this is meant to be a comedy or not. The truth is, it kills both sides right now. None of the jokes land nor do I feel like a badass final boss.

All in all, Legend of Keepers is a fine game with some issues and lots of things to love. There are certainly better rogue-lite/management games out there, but this title provides a unique flavor that may be perfectly suited for the right player. 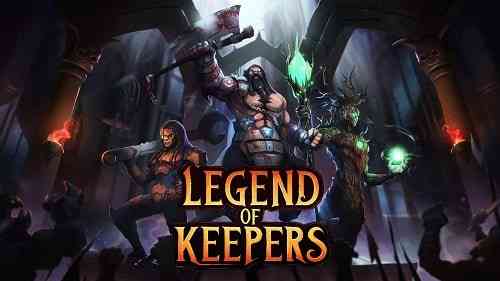 Dave the Diver Plunging Into Early Access This Month

Castle Renovator Building on PS4 and PS5 Today
Next Subnautica: Below Zero Review – Not A Moment To Lose
Previous Hood: Outlaws and Legends Review – A Few Arrows Short of a Quiver