Last Day of June Review – Caught Between Dream and Nightmare

After the sudden loss of a loved one, there comes a time where you question what you could have done differently to keep that person alive. Often, this line of questioning stretches into the unreasonable as you consider how events could have changed; could other people have made different choices, could the city have put up lamp posts on that darkened road, could you have just stopped that person from going out that day?

Inspired by Steven Wilson’s haunting “Drive Home“, Last Day of June explores this line of questioning as it tells a heartfelt story about loss and the acceptance of it. These themes are steeped in every aspect of the game, from the visuals, dream-like and haunting, to the gameplay itself, as Carl seeks to change the events of that fateful day to save June’s life. Whimsical yet disturbing, the game’s solid narrative and sublime graphics are bogged down by mind-numbing repetition, making it difficult to fully enjoy Last Day of June.

The game opens with a rather cliché story of loss, where a happy couple is struck by tragedy on an otherwise ordinary day — June is lost in a car accident when Carl swerves to avoid a hitting a wandering child. Whereas their bustling neighborhood was once alive with color, Carl awakes alone in their house, steeped in blue and silent. He discovers that he has the ability to alter the events that led up to the accident. Carl takes control of the actors that influenced that day — the Kid, the Best Friend, the Hunter, and the Old Man — and has them walk different paths and say different lines, all in the hopes that this play’s ending can be changed.

“Whimsical yet disturbing, the game’s solid narrative and sublime graphics are bogged down by mind-numbing repetition, making it difficult to fully enjoy Last Day of June.”

So Carl tries to change events. By solving some organically integrated puzzles around their quiet town, Carl can come up with better scripts for those four actors. He plays as the Kid and finds somewhere safer for him to be than the middle of a road during a rainstorm, chasing a lost ball. But this change isn’t enough, as it’s revealed that there is a further obstruction down the road, caused by the Best Friend. The Kid is gone, but Carl and June’s car still goes swerving offscreen.

This is where the gameplay of Last Day of June gets more complex. To progress, I had to go back to the Kid with this new information in mind and change events accordingly. You, the player, must make the right decisions for each of the characters to influence the outcome of the car accident. Different characters can open different gates around town and have access to new areas, influencing the solutions to each others’ day. You are trying to put together one series of events where the accident is avoided — you solve problems, but in doing so, create further dilemmas which also need to be corrected. 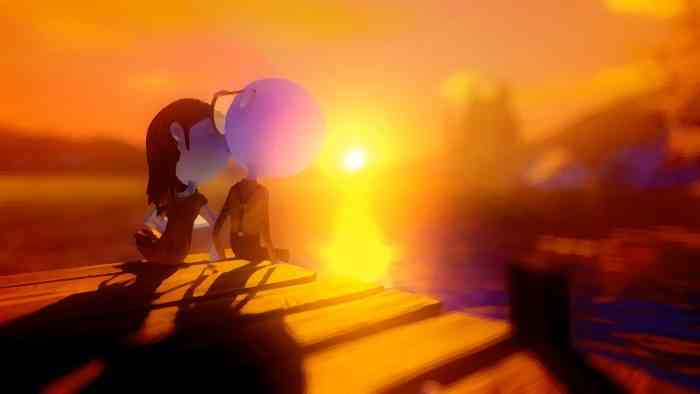 While this ramps up the complexity of the puzzle-solving, the game also gets mind-numbingly repetitive this way, as you must then replay each character’s day and repeatedly watch unskippable cutscenes. It is not so much the replaying of parts that annoyed me, as it is all part of the larger puzzle and there are some variations you must make in each loop, but the repeated cutscenes made the game difficult to sit through. You listen to the town clock chime, watch each character’s opening scene, and witness June die over and over. These scenes do not repeat once or thrice, but can easily be watched a dozen times or more. Of course, this repetitiveness ties into the game’s themes, as Carl’s frustration and despair is evoked within the player. While I can appreciate this in theory, in reality, it was only distracting as I often found myself getting up to refill my mug of tea or checking Twitter during the third, fifth, or tenth time a scene played out.

“It would have been so easy to fall into cliché with the uncomplicated characters of Last Day of June, but the writing here speaks of the keen awareness the developers have towards the themes of the game.”

While the rewatching of cutscenes soured my disposition towards the game, the narrative remained a strong point. The characters were simple, but all subverted cliché to my surprised delight. The Hunter isn’t just some rich prick who enjoys randomly firing his gun into the early morning air — he’s actually a good friend of Carl’s, and helped June pick up a hobby she adores. The Best Friend may be secretly in love with Carl, but she isn’t petty or jealous of June — she handles it with grace and acceptance. It would have been so easy to fall into cliché with the uncomplicated characters of Last Day of June, but the writing here speaks of the keen awareness the developers have towards the themes of the game. You learn each character’s backstory throughout the game, and all tell a story about loss. While not necessarily about death, each is also about acceptance and life going on — despite what happened in their past, the character is alive on that fateful day, going about their business. Last Day of June sticks to its themes with a doggedness I appreciate, so much so that I can almost forgive the repetitiveness of its gameplay. Almost. 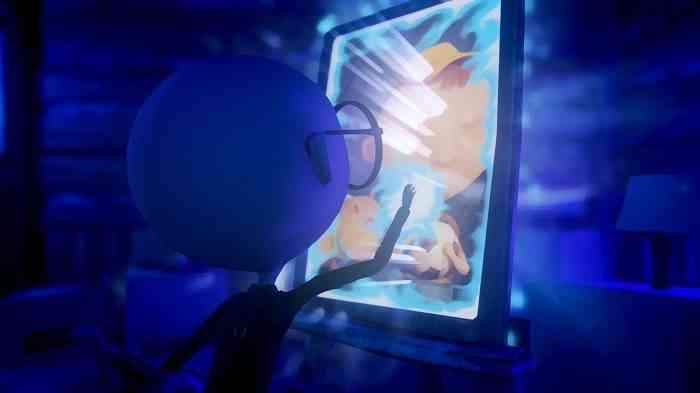 Luckily, these several trips down memory lane are beautiful ones. With its vivid use of color and dream-like artistic style, it is as if you are stepping into an Impressionist’s oil painting. Last Day of June takes place in a small idyllic town, aglow with life before the accident and drenched in a haunting, ghostly blue after it. The characters are eyeless dolls, mostly cute and slightly creepy, expressing themselves through unintelligible vocalisms. The animation in Last Day of June is some of the best I have seen in an indie game — it is evident from just the way each character walks that great care was devoted to body language and individual movement. However, this is a game that moves slowly, adding to the drudgery caused by the repetition and making for some slippery camera work if you move too fast (which contributes to the dreamy, dizzying feeling of the game, I suppose).

Even with its unskippable cutscenes, Last Day of June is a rather short game, sparing you from enduring more loops. The puzzles are simple ones once you understand the concept behind them, but if you get lost, the attempt to find an answer would only get more frustrating as you go through the motions of each character in your search. There is a deep sense of melancholy in Last Day of June, created through narrative tension and player resignation to seeing the same cutscene for the fifth time. Its solid story and dreamy visuals are the game’s saving graces in the end, through the repetition kept me from being completely drawn into its magic — a tragedy unto itself. 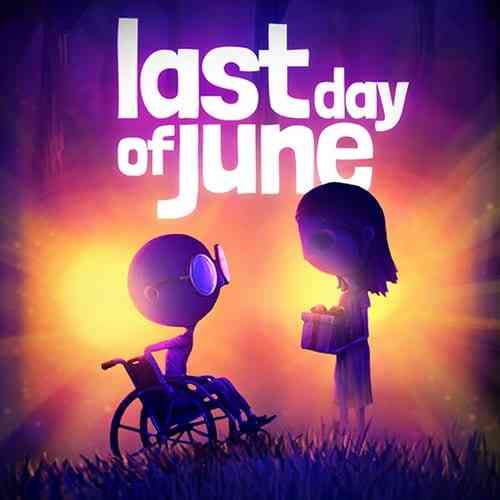 Last Day of June Out Now for Steam and PS4